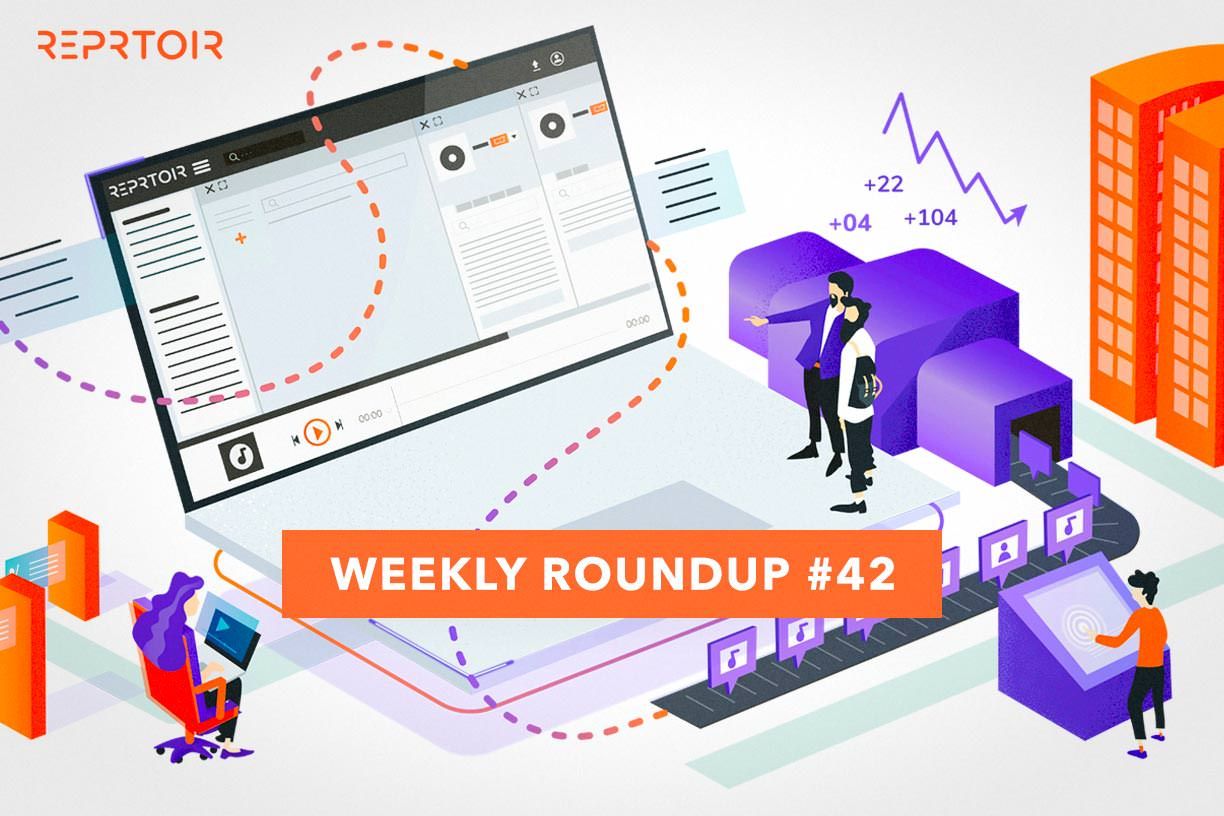 I hope you’re keeping well. I’m here to give you a breather, and tell you a bit about what happened in the music industry this week! Many things are changing or setting up for change in royalties and rights management, so let’s dive in!

#1. TikTok advancing on the royalties front

Well, this should add to the puzzle that is TikTok’s fate in the US. This week was announced their new licensing deal with Sony Music Entertainment. Even if the app stroke agreements with the three majors earlier this year, this time Sony Music Entertainment is giving right to sound clips from their catalog and will be involved in developing TikTok's user personalization and creativity on the platform.

These licensing deals are important; considering how artists are using the platform to drive an audience, rights have to be managed. We talked about how it can impact some artists and how viral videos can bring back some well-known tracks, and lately, AIM partnered with TikTok to help independent artists to go viral on the platform. A quick overview of how these actors behave on the platform can be found here.

Some news from the curious investment company in the music industry! Hipgnosis Songs Fund acquired a catalog of more than 33 000 tracks from Kobalt Capital. This is the biggest deal made yet by Hipgnosis yet; the operation cost the fund $322.9 million.

Funny thing, we heard a lot about this also because the timing couldn’t be better; the catalog acquired includes “All I want for Christmas”, which you’ll soon be hearing pretty much everywhere (if it’s not already the case). Considering that last year, the track went back up to the top of the charts thanks to music streaming platforms, this sounds promising for Hipgnosis.

#3. Spotify is trading ads for royalties

This may be one of the most talked about news of the week, other than the huge mess of an election happening in the US, of course. Spotify announced this week a new option for artists and labels; pushing forward a track in recommendation algorithms. So, kind of ads. In exchange, artists will have to give up a percentage of their royalties. We don’t have all the details on how this Discovery section will work, and how much it will cost the record labels and artists. But you can get a deeper on this in the article here.

Whether the deal is fair or not is one thing up to debate, but there is another argument we should look at. The battle over royalties for songwriters with the CRB is still going on. We talked about the issue a few weeks ago. Very basically, the US Court of Appeals remanded new rates for royalties paid to artists by the platforms. So we are still in heavy argument between the NMPA et the DiMA on whether or not these royalties should be paid to publishers. The story is right here if you’re looking for more details.

#4. Pandora is opening its data

Let’s stay on streaming for a minute and talk about Pandora. The company just opened their data analytics service to Chartmetric. All users of the service can now access data on artists; their unique-listener counts, station adds or stream counts. This seems like the logical next step for Pandora: selling a data analytics tool to third-parties.

To finish this Weekly Roundup, let’s take a moment to focus on the Mechanical Licensing Collective (MLC) discussions on the foundations of the organization (aiming at creating the most accurate worldwide database of music composition rights, collect mechanical royalties from music streaming services, and pay these copyright royalties to the Rights Holders).

During the discussions, it appeared that the smaller streaming services were not included in the decision process and were therefore badly impacted by the fees and their due dates among others. But the costs associated with entering the marketplace initiated by the MLC are to pay for the “startup phase” of the organization. These are pretty high and apparently unaccessible for the smaller streaming services, meaning that it could be a real obstacle for many actors.

Speaking of royalty management, don’t forget that we are having our private beta for Royalty Management at Reprtoir!