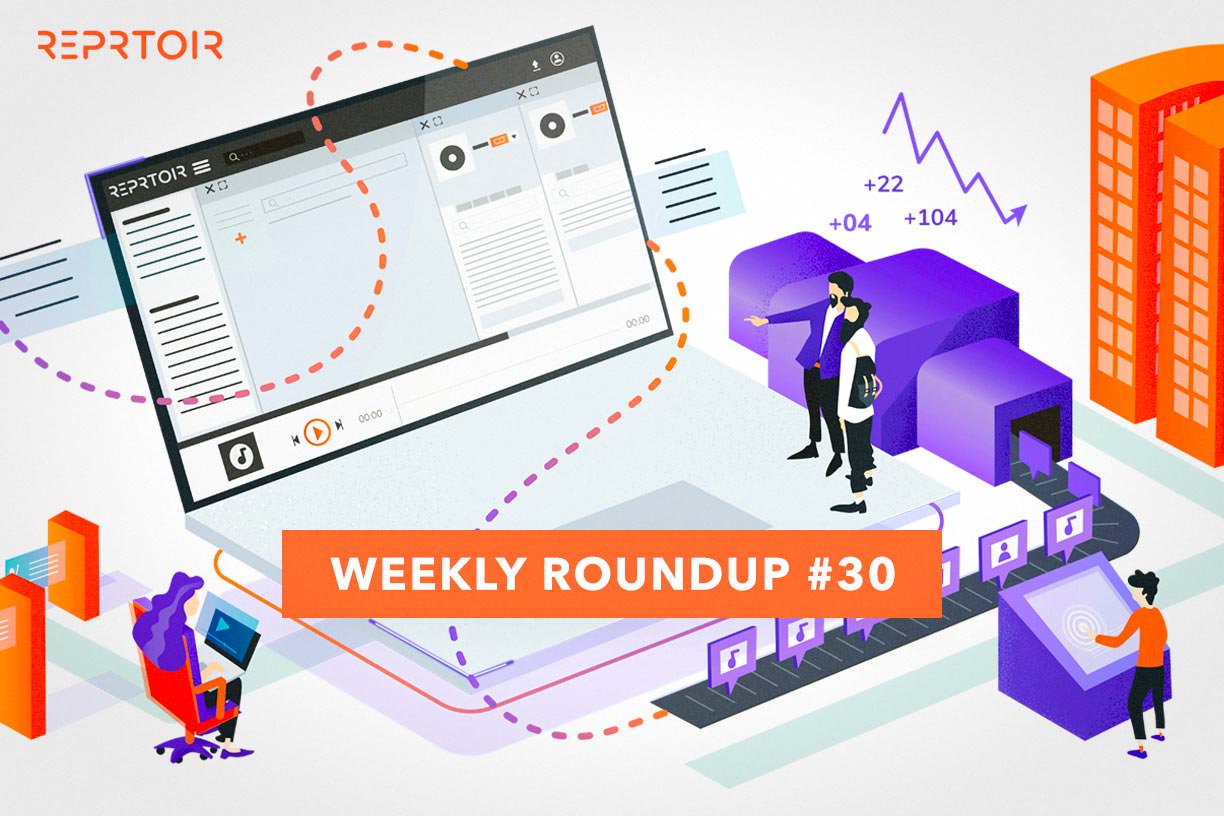 Hey everyone! I hope August started off well for all of you. This month seems to be the moment the music industry is trying to reinvent itself before Fall, and you’re right to get some insights on what is currently happening, especially in music streaming. We’ll get started on our Weekly Roundup, talking about the follow up on TikTok buyout, the links between China’s music market and the rest of the world’s, and finally music streaming and songwriters copyrights disputes. We have a lot to cover!

#1. How is TikTok buyout going?

Let’s follow up on TikTok’s buyout. Since our last Weekly Roundup about "Major actors of music streaming", things still have not settled. We have now some new bidders for the app, including Twitter (only for North America though, instead of a broader deal with Microsoft). Since the declarations about bans and cuts for the Treasury by Trump, discussions with Microsoft had been paused, but this one is still the frontrunner deal. Although, Twitter could be an interesting fit; TikTok could represent a second chance at video for the Social Media, after shutting down Vine a few years back.

In any case, this would better be done quickly because competitors are going fast. The most competitive app on the market right now, Triller, just signed a licensing agreement with the company 7digital. In short: they now have access to a catalog of approximately 80 million tracks, and are setting up royalties payments for artists.

Tencent and its licensing partner Universal Music Group are creating a joint label to develop Chinese artists internationally. With this agreement, the 2 major companies of the music industry hope to fill in the gap between China’s music market and the rest of the world. In parallel, UMG worked out other deals, including some with NetEase, Tencent's rival, as a result of antitrust rules. To get deeper into the relations between UMG and the Chinese market, I’d advise you to take a quick look at the article.

#3. Amazon on its way to take on Spotify

This week, the news of Amazon Music turning to podcast came up. What does this mean exactly? Well, even if the main company owns the podcast app Audible, Amazon Music will offer this kind of content as well now.

Podcasts on Amazon is a very strategic action. This would be a good move to merge the two apps and become an even more serious competitor to Spotify. This comes at a great time for smart speakers' development, to democratize podcast listening. With an already consequent audience (considering the company transformed the Prime customers base into users) of 55 million customers, this could have a big impact.

#4. Music streaming and songwriters on royalties

Speaking of streaming, 2 years ago, the US Copyright Royalty Board (CRB) issued a ruling implying that music streaming services should raise their royalties paid to artists 44% between 2018 and 2020. This went by so fast that no one had time to react to the decision. This week however, we got news from the appeal filed by Spotify, Pandora, Amazon and Google. Even if we don’t have all the details on what happened, the 4 services got the cancellation of the increase. If you’re willing to get into more details on this particular case, I’ll let you get on Music Business Worldwide analysis.

And now let’s finish on a funny note. Lately, Apple sued Google for scanning their solution Genius for lyrics, without permission. The lawsuit turned out to be thrown out (even with proof blaming Google), since Apple did not have the underlying copyrights to begin with. Here is the full story.