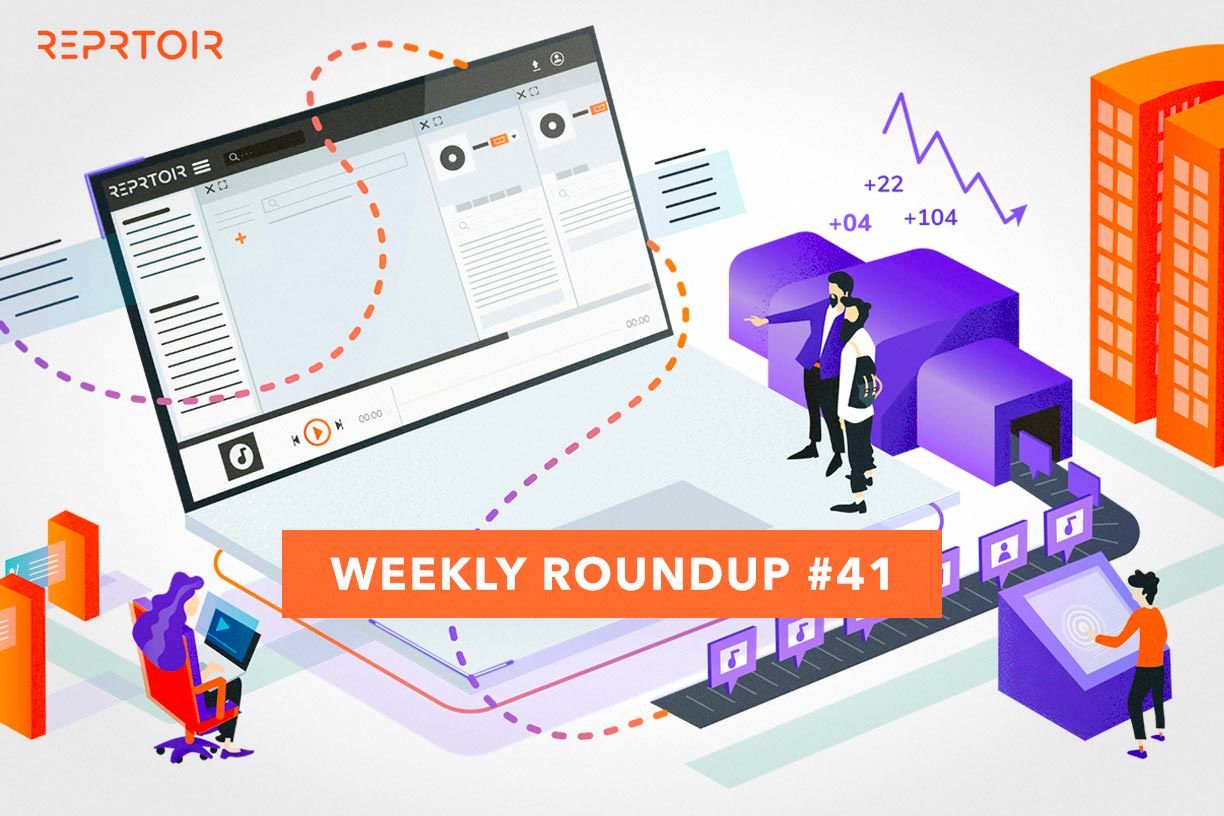 Hey all, I hope all is still going well for you and the situation is evolving well for you. This week, I wanted to focus a bit more on music publishing and the main music deals being made by major actors in Entertainment. So let’s dive in for the quick read of the week!

Here we go again for TikTok's latest news! As you can imagine, many other issues are on the table for the US government (and worldwide of course, for instance, here in France, we are going back under lockdown!).

Although there hasn’t been news related to the music industry since last week with Fleetwood Mac getting back on Billboard’s charts, the app was still at the center of attention. While some parts of the US administration kept pushing for the ban this week, TikTok has been making deals with Shopify, implying hires in the US, Canada, or even Singapore. So growth is still going strong, in spite of the current context.

Keeping up with global growth, the Independent Music Publishers International Forum (IMPF) released their report “Global Market View 2020”. The main statistic would be the €5 billion the music publishing market was worth in 2019 (and music publishers represented around 27% of this market).

The full report can be found here, if you’re willing to get a deeper look at the numbers.

Hard to miss this week, a few new deals made by music actors. First, Merlin (the network representing independent record labels across the world, from Reprtoir is a member too) renewed their multiyear licensing agreement with Tencent Music Entertainment Group (TME).

This agreement will help artists and various structures tap into the Chinese market, but will also help TME expand their catalog for all music services. This licensing deal has been lasting since 2018 and is expected to keep building bridges between Western and Chinese markets.

Another big move: Kendrick Lamar just signed an exclusive licensing deal with Universal Music Publishing Group. Other than being great news for the major, this hints at a new album by one of the most listened to artists of the generation. Music publishing still appears to be going strong for these actors!

As long as we are on the topic, Tencent made an interesting move (a bit outside of music publishing here): they just invested in Instrumental, an AI-based discovery startup. The company has sold a minority stake to Tencent, a few years after Warner Music invested for their A&R department.

I’m pretty sure we don’t have to tell you how tricky talent scouting can be for record companies and music publishers, even more so today. Discoverability has been a challenge all music professionals have been witnessing for a long time now, and this kind of partnership makes us think there might be a lead to follow...

To finish on a high note here, let’s take a look at the new report published by MIDiA Research on user-generated content (UGC). First things first, UGC is the term used to describe content created by fans, adding up to professional and official content. So, for example, TikTok users are a huge stream of new creators, just like creators on Twitch or videos put on YouTube.

This kind of content seems to be (at least one of) the next major streams of revenue, potentially representing $6 billion in music-related revenues by 2022. You can find the whole analysis here, and get a deep search on how this trend could affect the music industry in the long term.