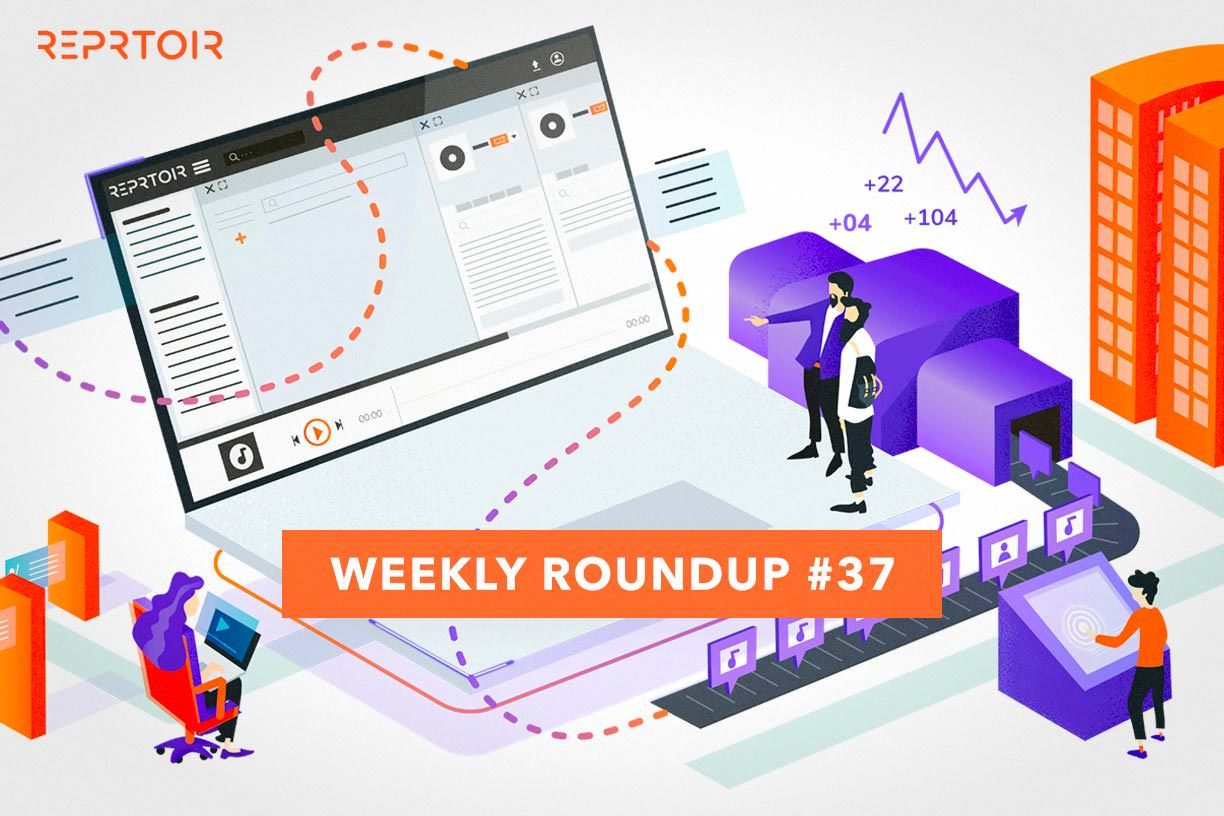 Hey all! October is already starting and music industry is still moving fast. I wanted to get a focus on the new music industry models, talking about music streaming platforms, business models and new deals being made. Let’s dive in!

Well, this week, the TikTok app has been removed from the App Store and Android Store in th US. The judge related to the government-ordered block has estimated that the Chinese company was enough of a security threat to stop downloads. Although, the users already having it on their phones are still able to use it. As for the negotiations with Oracle and Walmart, they are still happening, so right now, all ByteDance can do is to keep defending their rights.

#2. Investing in new companies from music

This week, Daniel Ek answered a few questions at (virtual) Slush. And we found a pretty good takeaway. Music Business Worldwide gathered the main pieces of information in the interview. Other than keeping an open mind on Spotify’s long term goals, Ek talked about the need to keep creating big tech companies within Europe, through the announcement of him personally investing in Tech. To complete, he evoked the rise of creation (not a new topic for him), and with it, the rise of revenues for artists.

Around a year ago, Deezer announced their project to go for a new revenues distribution model. User-centric payouts have had many opponents, and are still a pretty fierce battle for the company. This week, Music Ally gave a platform to the streaming service to talk a bit more about the state of their development on that matter. You’ll get all the highlights you need in the article, but if you want to get the full discussion, turn to the YouTube session right here!

At the beginning, Deezer announced their will to test drive the user-centric model with labels, in France. Apparently, getting all major labels, rights holders and other main actors onboard is longer than expected. A few studies showed the impact on artists, and especially taking in account emerging ones in a pandemic not having small gigs to get paid for, the user-centric question is rising up again. And, if we believe the latest numbers on discoverability, it goes in the same direction: more and more users are using streaming platforms to discover new music.

On another note, MIDiA Research went through a related topic to this reflexion: how are artists getting paid now? Without any surprises, artists are still in a tough situation, and the main cash flows right now are coming from fandom, paid livestream, sync, or social commerce. These ways to get revenues are getting more attention, and some of them used to only be used for promotion. No doubt that many of our previous business models are going to be shattered to integrate new ones, whether we’re talking about new streams of revenues or modified models.

#4. New deals from streaming and labels

Staying on the topic of platforms, Twitch just launched their new product: Soundtrack by Twitch. In a word, this is a new creator tool, gathering licensed music for livestream. A positive move considering that a few months back, Jeff Bezos was unable to confirm that music used on the platform was licensed.

But, it’s not fully answering the problem. The music available on Soundtrack by Twitch is coming from partnerships with independent music distributors and labels. Among these new features, the platform is taking action against repeated infringements. We’ll see if they manage to strike the main labels and majors a deal.

We told you about the fact that Spotify, Epic Games and others were asking for the reduction of what is called Apple Tax (meaning taking 30% of purchases on the App Store). Well Epic Games took a shot and found a way to bypass the App Store for the purchases on games. In short: it didn’t go well. The judge assigned to the case ruled the actions as dishonest, and it can’t be great news for other companies attacking Apple.

But, when Facebook tried to do the same kind of manipulation on their app, Apple decided to waive the 30% fees for livestreams… For 3 months. This still doesn’t resolve the problem, and the investigation on the business model (described as outdated) is still ongoing.