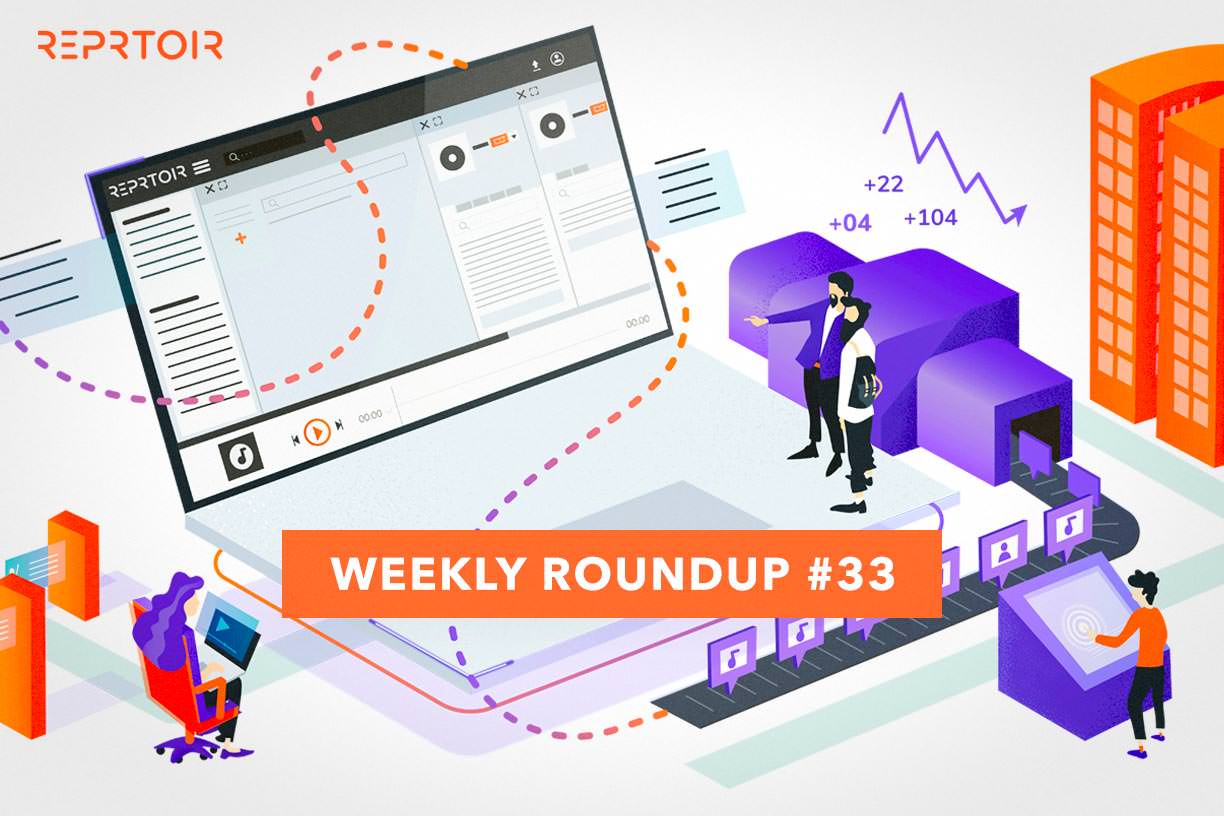 Many new changes in music, deals being made (and called out) this week! Everyone is definitely back from holidays and the pace is picking up! The music industry is moving, creating new deals to create the next entertainment platforms, gathering all assets to be the first and the most innovative, including serious battles between Apple, Amazon or TikTok.

As usual, here is the TikTok update. This week, we got news from a potential joint buyout from Microsoft and Walmart. For the latter one, this move could be a very strategic one to become a serious competitor of Amazon (precisely to counter the acquisition of Twitch). According to analysts, the buyout would include North America, New Zealand and Australia, for $20-30 billion. Another new development: Triller is now joining the race to buy TikTok out, and merge the two companies. Although it’s not going as well as other deals, considering that TikTok executives don’t seem to consider it as a viable and serious option.

But that’s not all. One major problem just arised: the technology TikTok is based on (its algorithm) is based in China. And this week, Beijing reinforced restrictions on exporting AI technology. Of course it includes TikTok’s, and would imply for the US to buy the license. Otherwise, the company would be bought, without one of his main assets.

Let’s not forget, they have until September 15th to cut a deal with the US. But it sure looks like the fight is not done.

Let’s stay on major Tech actors for a while. A few weeks back, Spotify went after Apple, claiming the “Apple Tax” is unfair (alongside other actors, such as Tinder’s parent company MatchGroup). This time, it’s Facebook who is joining their side, after having gone through the Apple Tax debacle themselves.

Facebook launched their own livestream platform, waiving their fees for the first year to allow artists to get an easier access to their fanbase. Problem: Apple did not follow Facebook’s initiative to waive fees. Meaning the Apple Tax is still due, and since the company controls all messages, they made Facebook change the line at payment from “Apple takes 30% of this purchase” to “Facebook does not take any fee of this purchase”. Hence the new dispute on Apple Tax.

This might come up again with other companies. For example, Epic Games wanted to get other payment platforms on iOS, but after Apple’s refusal, they launched a campaign, based on Apple’s famous ad. It is worth keeping an eye on.‍

Speaking of livestream, Amazon just added Twitch (which they own too) to their streaming service. This move is not to be overlooked: they are opening livestream options to approximately 55 million users on iOS and Android. Artists profiles on Amazon Music and Twitch will be linked, and going from one form of content to the other will be much more facilitated.

Funny thing, a bit earlier last month, Spotify was talking about adding livestream to their platform. Amazon pulled the rug from under them, taking a big step in building the new entertainment platforms trend and making Amazon Music an even more serious competitor.

Speaking of streaming, interesting analysis came up on numbers, over the last 20 years. And it appears that even with music streaming growing every year, recorded music numbers are still pretty far from the peak in 1999. According to the study, this would come from the fact that streaming revenues are not growing with consumption, implying the fact that emerging artists are hit the hardest.

A #FixStreaming hashtag has been launched for artists to respond to the situation, and of course it’s not the first we have talked about the music streaming business model (it keeps coming up, even more now that live shows are paused).

#5. Artists calling out deals between publishers and streaming platforms

To finish up on the topic, let’s keep our artists’ angle. In the US, the Artist Rights Alliance (ARA) has come forward to point out the secretive deals made between publishers and streaming platforms. This was a reaction to the US Copyright Office study about unpaid royalties and propositions to rethink the model to base it on market shares. Of course not everything is settled yet and these discussions will continue. A bit later this week though, the Songwriters Guild of America (SGA) publicly sided with the ARA, expressing concerns about transparency. There will be some follow up to do!