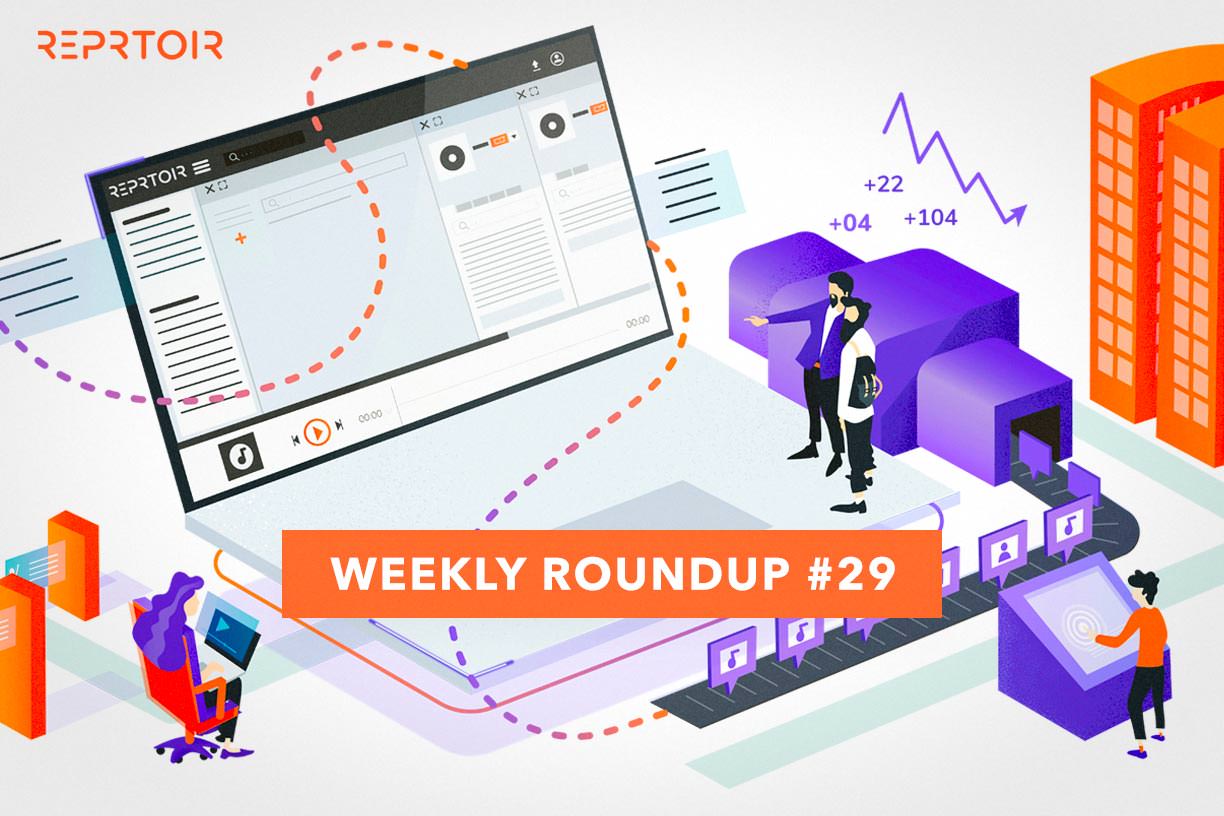 Hey all! I hope you’re not tired of music streaming news because we had some developments this week! Between the TikTok weird saga, Twitch under questions of US Congress and making artists mad, here are the news of the week!

Well, I’ve talked about TikTok for a while now and it’s still a pretty big mess. As of right now, it appears Microsoft would (willingly?) be acquiring the platform to avoid TikTok being banned from the US. Indeed, Trump expressed the concerns on data privacy that the platform (owned by ByteDance) could represent (or you know, the danger of messing up his rallies).

The  company has something like 40 days now to make the deal with Microsoft. But even then, the competition is starting to increase. Triller, the main competitor, was the top downloaded app this week, and as of today, Instagram launched Reels, their own TikTok-like feature, in 50 countries. Adding up to this, Snapchat also stroke deals with the music industry this week. It’s still pretty difficult to get a clear vision of what will happen with TikTok given the fact that news change almost every day.

The thing is, Microsoft is more of a B2B softwares kind of company. And it has been a long time since we’ve heard about them in the music field. A few solutions were launched during the last decade, but none of them really made the cut. If you’re willing to understand more about the course of action, and the relationship between Microsoft and music, I would advise you this complete analysis on the matter.

Adding up to all the back and forth, now ByteDance’s CEO Zhang Yiming took a stand calling the action led by Trump unreasonable, considering the US president is willing to give a major part of the sale to US Treasury. And it might have changed again by the time our article is put online.

The numbers for Q2 2020 just got out and, without any big surprise, major music industry companies suffered a lot from the pandemic. Among others, consider a 4.5% decrease year over year for Warner Music and a 13% year-over-year drop in quarterly revenue for Sony Music.

After some time getting perspective, it appears that the pandemic affected more the major companies of the music industry than Spotify. Even if there was a bit of a slow down for music streaming, it had been slowing down before the world went on lockdown. Indeed, even though streaming kept up well during the pandemic, the fact remains; we need more diverse revenue streams.

Speaking of Q2 2020, Daniel Ek (Spotify’s CEO) gave an interview in MusicAlly addressing the topic of income from music streaming services. And it might have came out wrong.

According to Spotify’s CEO, releasing music every 3 or 4 years can’t be enough effort from the artists themselves to create a real bond with their audience on the platform. Of course, this backfired: according to artists, the creative process shouldn’t be pointed out as the reason why streaming revenues are so thin, the whole system should be the part being revised.

Speaking of, let’s move on to Twitch. During the Congress hearing, Jeff Bezos (Amazon’s CEO, from which the platform Twitch is a part of) admitted he didn’t know if they were paying music licensing royalties on music livestream.

Let’s save ourselves some time: no. Last month, we talked about the fact that the platform asked their users to delete videos including unlicensed music. Clearly, the sudden rise of viewers unveiled some issues with music streaming. But this problem might even have been acknowledged before, back in 2014 according to Digital Music News.

#5. How to make livestream unmissable

Finally, let’s talk a bit more about livestream. Concerts, live shows are not going back to normal anytime soon. So livestream has to keep interesting people enough to make them want to stay home. Bas Grasmayer went ahead and listed the characteristics that should be gathered for this to happen. Creating proximity, FOMO, integrating interactivity… Here are the things you should be thinking of.