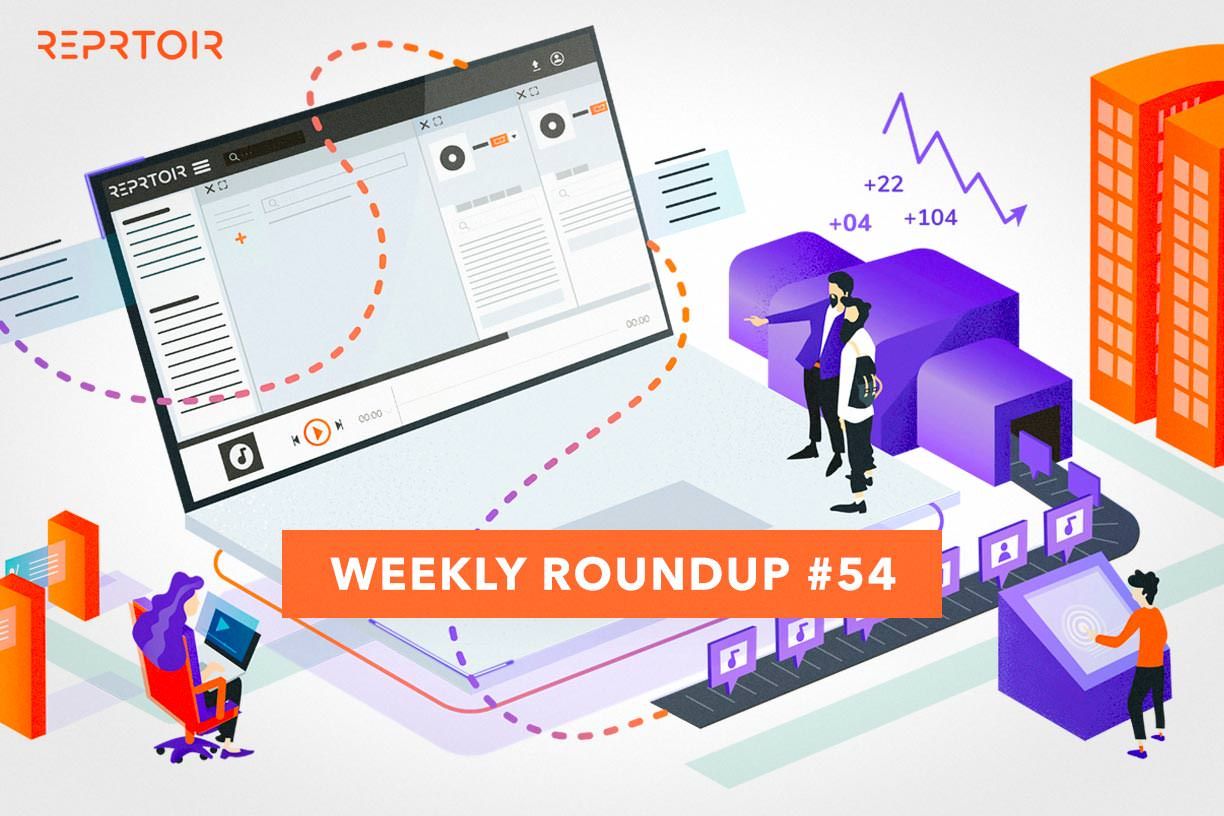 What a week it has been, between the disputes between big actors, new music catalogs buyouts and livestream options. Let’s dive in what happened this week!

Let’s ease into it with some news from Sony Music. After the big event of last week, buying Kobalt’s neighboring rights company and AWAL, Sony is unveiling its new strategy regarding music publishing. So now, Sony ATV is gone, making place for Sony Music Publishing (the original name).

The aim here is to remind the possibilities given to artists by Sony Music in publishing, which appears to be complementary to their new additions we talked about last week.

#2. Defining the price for catalogs

Since we’re talking about the major actors of the music industry, let’s take some time to update on catalog acquisitions. This week, Hipgnosis raised another $100 million, investors led by Morgan Stanley. This is the first US-based major investor for Hipgnosis, a pretty big step for the fund. If you’re willing to know more, here are a bit of details.

At the same time, an issue was raised this week: the fact that many artists are to name their price for their catalogs. It is pretty rare to have a definite price announced along the news of a catalog’s rights buyout. One of the problems here could be the fact that putting a price on creative content is difficult, for the creators. You can have access to a full analysis of the phenomenon here. But the main idea is here: how can negotiation go on without an equal knowledge of value between the two parties?

#3. Universal is taking its catalog off Triller

Speaking of catalog, it’s Universal Music Group (UMG) who made the most noise this week, by pulling their catalog from Triller (TikTok’s rival). This move has been accompanied by a global communications operation, denouncing them for “shamefully withheld payments” to artists. It appears that the licensing deal (made in 2018) had expired a short time before the press release.

You can see it coming, of course it went on. Triller responded later in the day, claiming that they didn’t need a direct licensing contract with UMG and were currently working with them to renew the just expired one. A UMG spokesperson answered: “Triller’s statements are removed from reality.” So there we go.

In the meantime though, UMG signed a global licensing agreement with TikTok! This is the last major the app needed to license their online content.

Let’s stay on the topic of online content for a while. A few weeks back, we talked about the polarization of the livestream market. Well we have some news on that front too. Remember Melody VR buying out Napster? Well they are rebranding as Napster as they raised $9 million in convertible note funding. The interesting thing is the objective to create the first ever service to combine immersive experience and music streaming.

If we push the logic a little bit, Ticketmaster just launched their own global ticketing service, aimed at livestream. The music business is structuring the very basis of an offer for live content online, which can be pretty exciting to see happening. Although, this will mean a lot (and I mean really a lot) of music rights to manage.

So let’s wrap up on royalties. Since music rights were, and still are a big important part of your activity, this could be interesting to you and your artists: there are a lot of unclaimed royalties (and it could concern independent artists, but also record labels).

To avoid these issues, a clear royalty accounting is key. That said, to do so, you need the right tools. We know this first hand, being music professionals who have built our own software. The good news is: we’ve commercialized it! We realized that record labels and music publishers need royalty accounting software that could be secured and backed up at all times, shared among a team. Give a try to our Royalty Accounting Solution! Or book yourself a demo with us for free whenever it is convenient for you.