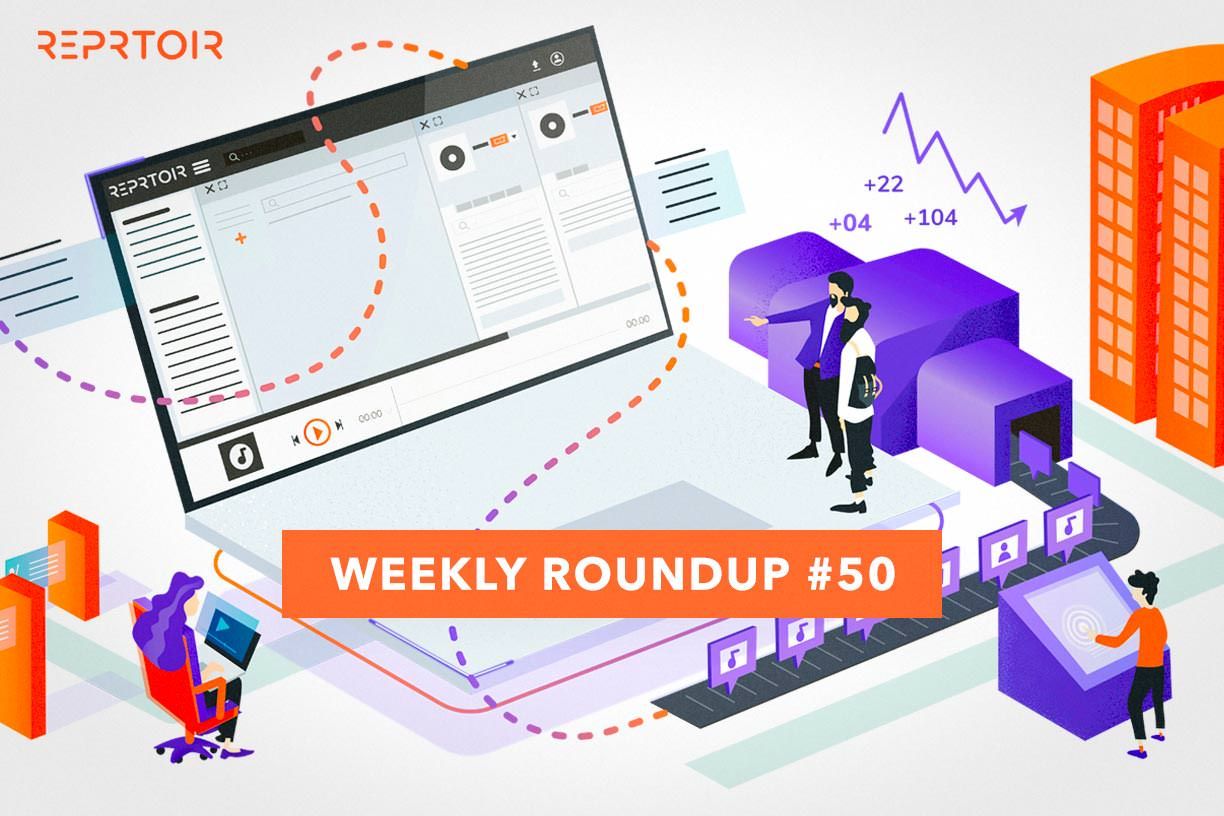 Last year was the rise of livestream. Unsurprisingly, as the numbers on 2020 are coming out, livestream platforms and their deals with music industry actors are everywhere. So I thought we could take a moment to acknowledge the clear trend here: how virtual performances have quickly spread and are now at the center of 2021 strategies for the music industry.

Let’s start with an overview of the current state of livestream. After a year during which livestream performances generated around $0.6 billion, it is safe to assume that 2021 will see a professionalization in this particular field. Looking at another major number, Bandsintown saw the number of registered shows happening online rise from 1.9% to 40.7%. MIDiA Research worked out a study on livestream numbers in 2020 right here.

Considering the fact that the music industry lost a major part of its revenue (estimated at 75% in 2020 compared to the previous), the need to pay artists for their online performances and their streams on platforms is more needed than ever before. Hence, many initiatives in this direction.

Well it was bound to happen, you can now subscribe to a monthly membership to Bandsintown, giving you access to a panel of livestream performances. After a while on music performances on several platforms, Bandsintown is launching Bandsintown PLUS, promising 25 shows a month, for $9,99.

With the benefit of an already built audience of 60 million users, the platform is pivoting towards online performances with pretty big names to attract the public and be able to pay artists a fee for playing on their platform.

If you can remember, Bandsintown was one of the first main actors from music who went ahead and built a clear strategy on livestream thanks to Twitch. The company had partnered with the streaming platform early in the year, after the beginning of lockdown to let artists perform live, well-known or emerging.

Looking back now, without any surprise, Twitch announced their numbers from 2020 including an 83% growth. And when it comes to the Music and Performing Arts category, it almost quadrupled over the year. The increased audience on Twitch brought many issues, including overlooking licensing music for instance.

Twitch was also the starting point for realizing the proximity between music and gaming industries. And especially realizing how much the music industry has to learn from the gaming one on online strategies. Logically, we are now witnessing big partnerships between main actors from both sides.

This week, Sony announced the creation of Sony Immersive Music Studios, to officialize their partnership Unreal Engine (in which they acquired a minority stake last year). The goal is clear: creating immersive experiences, using creativity and technology. Might be worth keeping an eye on what will come out of these experiments.

This is happening a few days after Warner Music Group announced their part in a $520 million round for Roblox, a kid’s gaming platform. Lil Nas X gave 4 online performances on this platform at the end of 2020, gathering around 30 million viewers.

Let’s wrap up with some purely music news: new catalog acquisitions of the week! Among others, Shakira sold her publishing rights to Hipgnosis, becoming the latest big acquisition (at least right now) for the investment fund.

Rather than listing all acquisitions of the week (I’m sure we’ll have others coming up within the next months, let’s keep them for a full article), it would be interesting to see how much attention these catalog sales are attracting. Some major financial actors are stepping in the game, to take part in the current trend. If you’re looking to dig a little deeper on the matter, here is a quick analysis here.