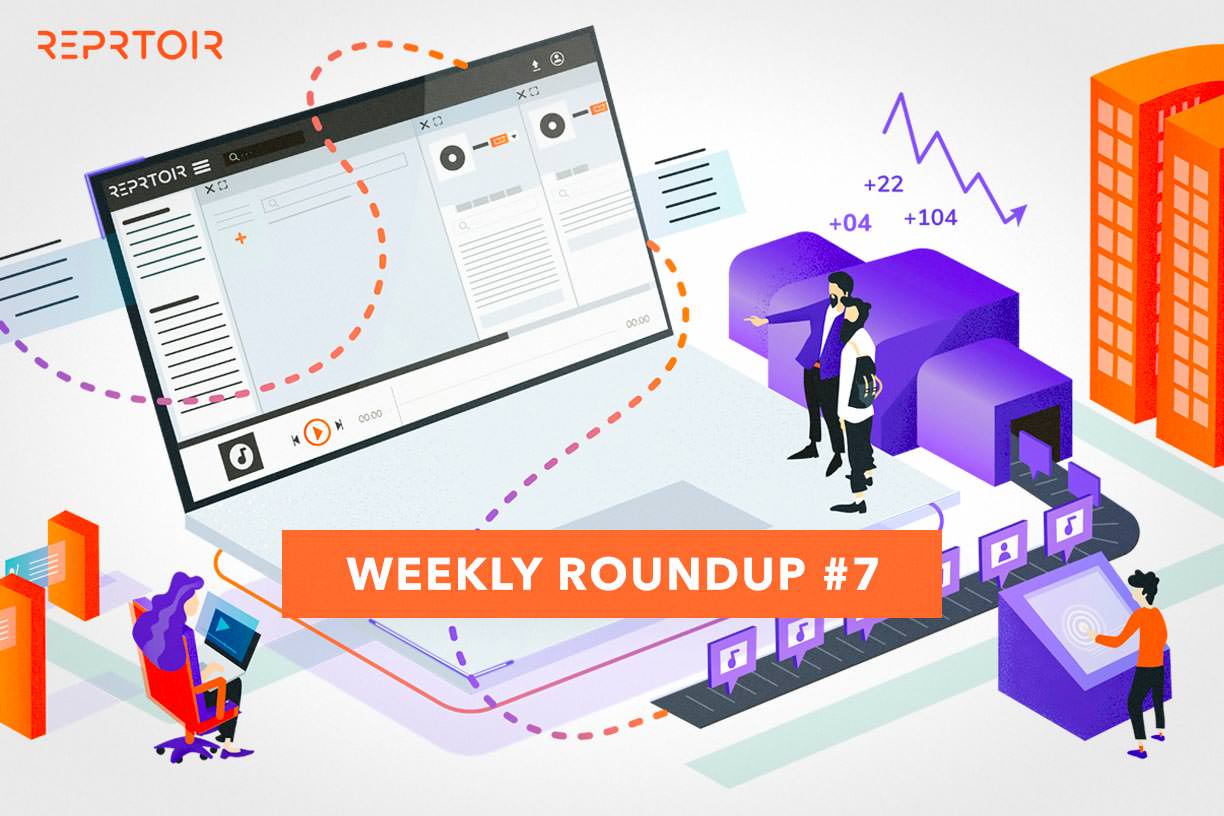 Welcome back and happy March!

The month is starting pretty well, with, as usual, a lot happening. If you want to check out what happened before, take a look at our Weekly Roundup #6. A lot of new trends are coming up!

New services are coming up, including Resso and a consequent funding for MWM. But it is also a time to read up on a few feature stories to keep up to date with streaming with Napster putting out the numbers for 2019.

And in addition, it is time to take some perspective on a music industry model that is still to be understood and changes to be anticipated. Let’s take a look!

#1. Streaming app Resso is out in India

This week, ByteDance launched Resso, after a trial period in India. A big move for the Chinese company, going into competition with a lot of streaming actors already on the territory. India is a big market to tap, mainly because of the young generation’s use of smartphones.

Tech Crunch gives an overview of the launch, from the licensing deals with the main actors (except Universal Music Group, who made a deal with competitor Tencent) to the main important features: easily shared lyrics, videos and a pretty different interface compared to the other streaming apps. An interesting take since these services look more or less the same, as Cherie Hu pointed out earlier in February.

French based startup MWM (Music World Media) scored an impressive €50 million funding after generating 400 million downloads of its app. Creator of several apps dedicated to creation, MWM is looking to expand beyond music and aiming for video and photo.

#3. Napster’s numbers are out

After the shift to a B2B business model, Napster has been announcing partnerships with different sectors’ big actors. A few important partners such as BMW recently, or iHeartRadio joined the streaming service.

Although the periods of calculations are a little different, 2019 numbers are a bit under 2018’s level. MusicAlly sums up all details explaining how the service is still making its place as a B2B platform in the streaming field.

#4. Artists and distribution trend in the new music industry

Nick Gordon, CCO and general manager of Symphonic Distribution took a tribune in Music Business Worldwide to give his thoughts on artists and distribution. A good way to get the insights and trends from a senior executive.

After the announcement by Spotify to put an end to its distribution program last year, a question was raised: who artists should turn to to distribute their music? Well, Nick Gordon is pretty clear on the topic: a well established distributor, a mediator who knows how to deal with the industry. Distribution can’t be overlooked in a context of “everything accessible online”.

#5. A look at the trends for the future of the US record industry

A little bit of wondering about the future for the road?

Music Business Worldwide is giving the five trends to watch for the future of the US music industry. From the growth of streaming to the slight decline of licensing, a lot of numbers are to be discovered in this piece. Funny thing: music streaming paid subscriptions have caught up with Netflix!