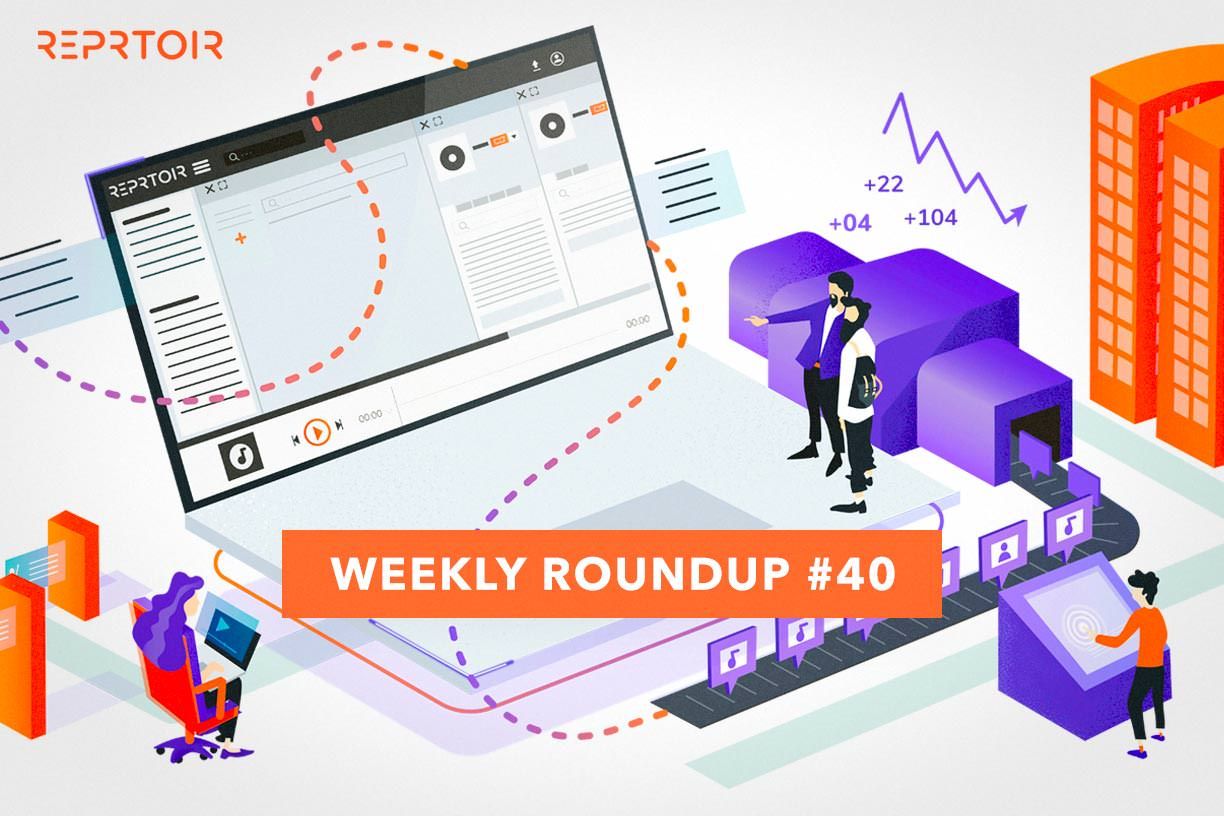 Hey all! I hope everyone is doing well, and staying safe (still!). This week, I wanted to take a closer look at the management of online music. This week has seen great examples of how the main platforms are impacting the music industry, and incidentally, the artists and creators’ streams of revenue.

Let’s get started with our usual update on TikTok. The US government didn’t take any final step in allowing the deal offered by Oracle and Walmart, and didn’t set a deadline either. No news on that front. Although, we told you last week that Pakistan banned the app, it was restored around 11 days after.

And yet, TikTok is still at the center of attention for its users. Recently, it’s Fleetwood Mac that managed to go viral on the app. The result was (practically) immediate: their latest album went up to the 7th position of Billboard’s chart. And this album was released in 1977. It’s not the first time we’ve seen old tracks getting back on charts, but the interesting part here is that it’s reaching a whole new audience for the band. Good strategy on TikTok can pay off.

Also worth mentioning, it’s Snapchat’s turn to launch their response to TikTok, with Sounds. At the moment, Snapchat claims to have the ability to link to millions of tracks on their app. Even though it doesn’t get as much traction as TikTok does for music artists, let’s keep in mind the company was working with Spotify on launching their first AR portal on Snapchat.

Speaking of getting traction for music artists, Twitch has made the headlines (again). We talked about it a few weeks back, when the Amazon-owned platform dedicated to gaming livestream realized they had to actually license the music used in videos. The DMCA (Digital Millennium Copyright Act) takedown notifications are pouring on Twitch streamers, for the second time this year.

This means that the creators on the platforms are getting one warning before Twitch takes down their videos. Even if some efforts are made to give the video makers a chance to counter the notice or to modify the online music content, the goal is to comply as quickly as possible with the DMCA for Twitch.

Let’s keep at managing online music, and talk a bit about metadata standards. It has been a while since we evoked this particular issue. This week, an article caught our eye: the battle for healthy and solid ground for livestream’s metadata standards. This has been initiated by OnNow.tv, a brand new company willing to create the equivalent of a TV’s electronic programme guide (EPG) for livestreams. At the head of the company, Matthew Addell, former Beatport boss. The main goal is simple: being able to tackle the metadata standard issue upfront, for a better tracking of artists, tracks and other important content to ensure fairness to artists and creators.

Regarding fairness of revenues, the British government has opened an investigation on music streaming platforms to analyze the impact on online music and artists, and decide on its fairness (or not). Here are the detailed inquiry and terms.

It will be the Culture, Media, and Sport Committee (DCMS Committee), that will take charge of the investigation. The goal being to estimate if the main streaming platforms payouts and broader music streaming royalties are valuable revenue streams for the music industry, the Committee has asked several actors to hand out written testimonials before mid-November.

This verification of business models arrives after the #BrokenRecord campaign that happened in the UK during lockdown (we mentioned it a few times already). The investigation will integrate recommendations on whether or not the UK government should take action.

To wrap up our Weekly Roundup on a related note, Spotify made some changes this week. The fact that the main streaming platform was not allowing their users to export their playlists to other platforms has been reported several times. Well, Spotify changed their API terms to make this switch possible from now on, avoiding any critics on their position of power.

Meanwhile, positive moves are also happening in the podcast section since Scooter Braun decided to sign an exclusive deal with the platform. A well-established and mostly appreciated figure in the music industry could help pass over the latest spats with other deals Spotify made earlier.