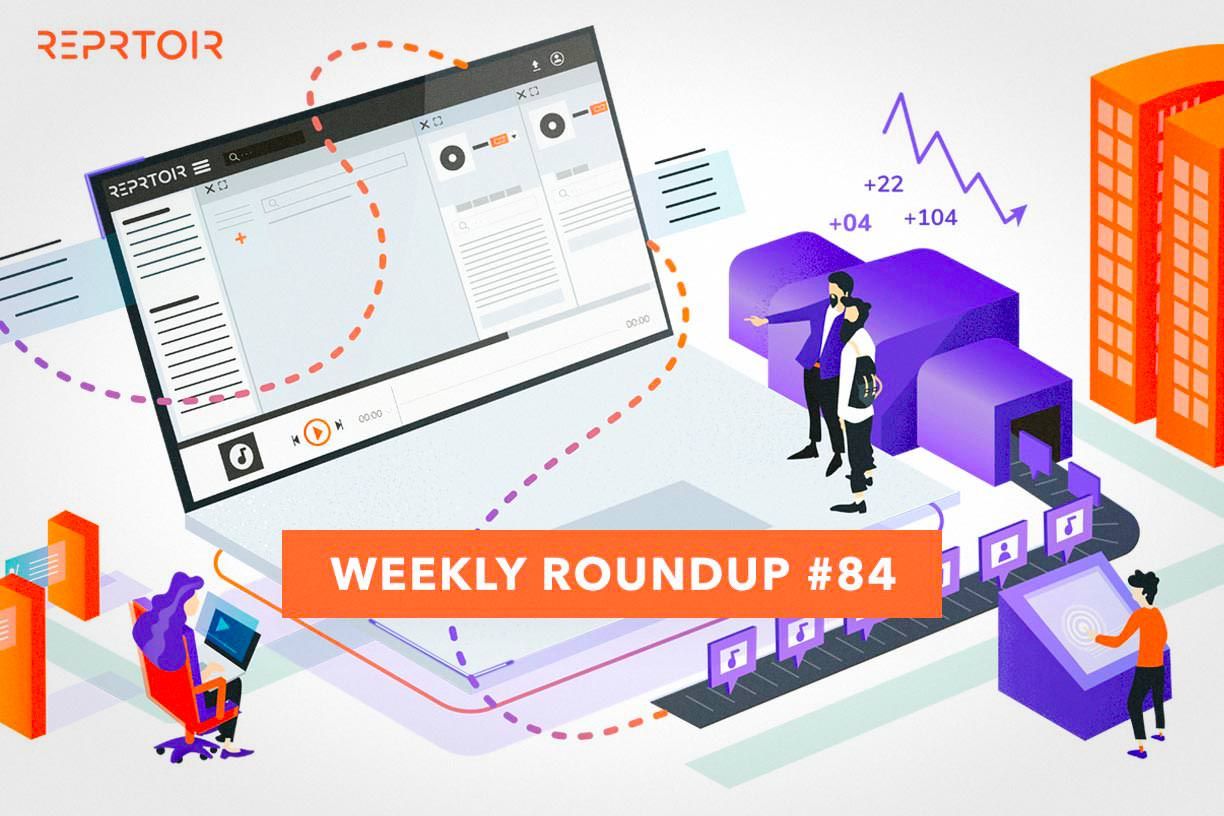 A lot has been announced this week; alongside the usual catalog acquisitions announcement, the main platforms supporting the distribution of content are seeing a few changes come up.

#1. How are recorded music revenues doing?

First things first, the US recorded music market numbers are out and it was an interesting read. The good news is that the market is doing well, better even than the first six months of 2021, reaching $7.1 billion.

Looking a bit deeper at this, streaming is accounting for around 84% of the total, approximately the same level as the first 6 months of 2021. But more importantly, physical sales have been up as well, with vinyls being the major part of the total revenue, growing 94% to $467 million in the first half of 2021. Even if 2020 has been rough on physical retail for CDs and vinyls, the rise is a good sign.

All in all, the US market of recorded music is still growing, slower than before, but still growing (mainly continuing the increase of subscribers to streaming platforms as well).

#2. How much time is spent watching music on YouTube?

Speaking of numbers of the music industry, let’s stay on streaming for a bit. This week was also the moment YouTube claimed that 25% of hours spent watching content on the platform were dedicated to music content. This is following the previous announcement that YouTube Music has reached 50 millions active subscribers, meaning that music is still an integral component of the platform’s offer.

#3. What is happening with David Bowie’s catalog?

It wouldn’t be a week without a new catalog acquisition right? This one a pretty good one: David Bowie's whole catalog will be going to Warner Music Group, in 2023. Some parts of the catalog were coming from Sony Music, while others had already been at Warner Music’s labels. Interestingly enough, David Bowie had been considering selling his masters, a moment back. Everything will now be gathered in one place.

#4. What does one of the most successful managers think of TikTok?

It has been a while since we took the time to see what is happening at TikTok. But let’s take another angle for this one; a case study of Jason Derulo’s team and their strategy on the platform. How did they manage to make the best out of their situation and leverage a platform like the most influential among younger audiences? Here are all your answers.

#5. What happened with Apple’s antitrust ruling?

We’ve been talking about this issue before; Apple has been under investigation after complaints from Epic Games, Spotify, Match Group, among others. The reason: the App Tax. 30% tax imposed by Apple for any payment going through the App Store. Problem: to get into the iOS ecosystem, there’s no other way than… The App Store (and its tax). If we’re talking only music here, Apple Music isn’t getting the same payment due as Spotify to exist in the same ecosystem.

Now, last Friday was the day of the ruling by the US District Court. And it seems like Apple is getting away with honors. Simply put, Apple will now allow developers to redirect their users onto their websites for outside payments. But there will still be the App Store at the entrance of the iOS ecosystem (with its tax) and it’s fair to assume that the user path will in fact remain simpler within the Apple environment. Digital Music News gathered all the details of the decision here, and the reaction of Spotify (still willing to fight) among others.

But this also means that Apple could actually be losing quite a bit of business. Not as much as if the App Store had been ruled out as the single point of entry, but still. Considering that the App Store generated an estimated $15 billion in revenue in 2020, and that gaming is the most profitable business, there’s a small risk to consider.