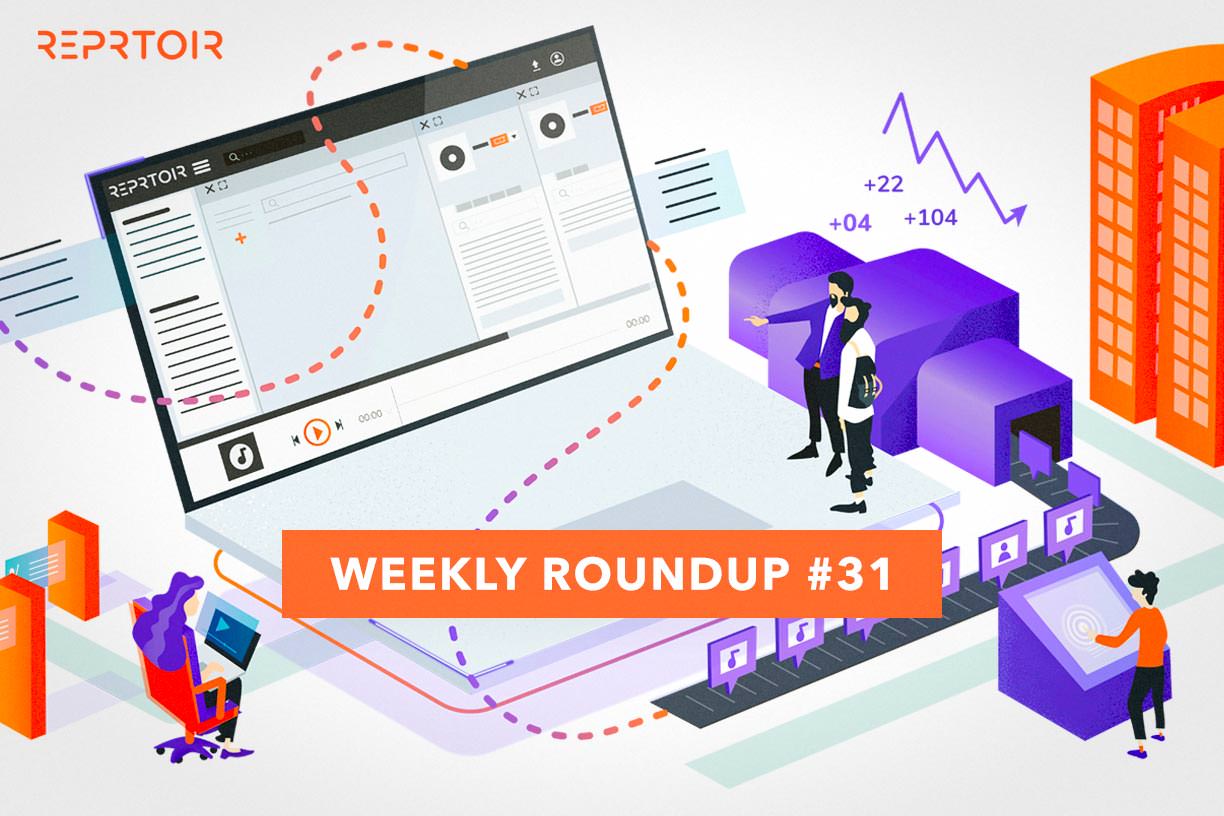 Hey all! We are slowly seeing the music industry coming back and getting ready for Fall. We hope everything is going well for you in your preparation! This week, we wanted to take a look at how the music industry is shaping up artist development. And we got news from streaming revenues, licensing deals and even some news of our own!

#1. TikTok progress in the US

Let’s start with our follow up on TikTok. From where we left off last time, Twitter and Microsoft are in the running for a buyout and competition is getting fierce. In the meantime, arguments are still happening, which lead to a comment from TikTok executives, especially Vanessa Pappas, in charge of US operations, directed at Trump saying they are here to stay. Even without a deal with a US company, their main value remains their community, and they are still very much working on it.

In parallel, the Chinese company remains active. This week, they reached a deal with the US distributor UnitedMasters. This agreement will allow distributing music directly from the app to streaming platforms, facilitating the process, and giving more accessibility to artists.

Not everything is going well though, if we take in account the lawsuit TikTok is facing with PixMarx, who claims TikTok is infringing one of their patents. Very basically, they are arguing the fact that TikTok copied the editing interface, specifically on image. A situation for PixMarx reminding the one that happened a few months ago, with Snapchat. Although it is difficult to establish when and who owns image editing, we’ll get more information pretty soon.

The idea behind this strategy is to help with artist development on an international level, in the easiest way possible. Considering the difficulties to get into the Chinese market, professional music actors are taking advantage of this strategy to develop their artists efficiently.

A big announcement has been made this week by the label AWAL: hundreds of their artists are now earning more than $100k a year. AWAL, owned by Kobalt and only dedicated to independent artist development (therefore owners of their copyrights), released that information just after Spotify’s statistics on the number of artists making a living out of streaming. An interesting news, considering the current context of lockdown. Kobalt’s team is being very optimistic about the future of independent music artists, as we talked about at Midem Digital Edition before summer.

Around the same time, Digital Music News just released an article estimating the latest estimates of how much artists can get from Spotify per stream. This could contextualize a bit more the announcements of AWAL.

Speaking of making money streaming, some news about livestream! Facebook launched this week their new feature allowing artists to charge for their online performances. Adding to the announcement, Facebook will not take any fees on the payments for the first year, we’ll see how that goes afterwards.

The timing is pretty good. Right after the copyright problems Twitch is facing, and the new study showing that the livestream audience has exploded. Indeed, Music Watch just released their new study on livestream, estimating the music livestream audience to be around 110 million individuals over 13 years old, only in the US during Q2. Now, all we have to do is wait to see which platform will get the most out of it, and which will last.

To finish up on another hot topic for artist development, let’s talk about metadata. All of this artists’ revenues depend on royalties management. And we don’t need to tell you how difficult it is to manage these rights. Yet, we don’t have specific tools, standards etc. This is an regularly covered issue, such as here, this week on Digital Music News, or here, on our music metadata focused article. We are working on giving you the best management tool for royalties, stay tuned!