The future of music industry - WR #22 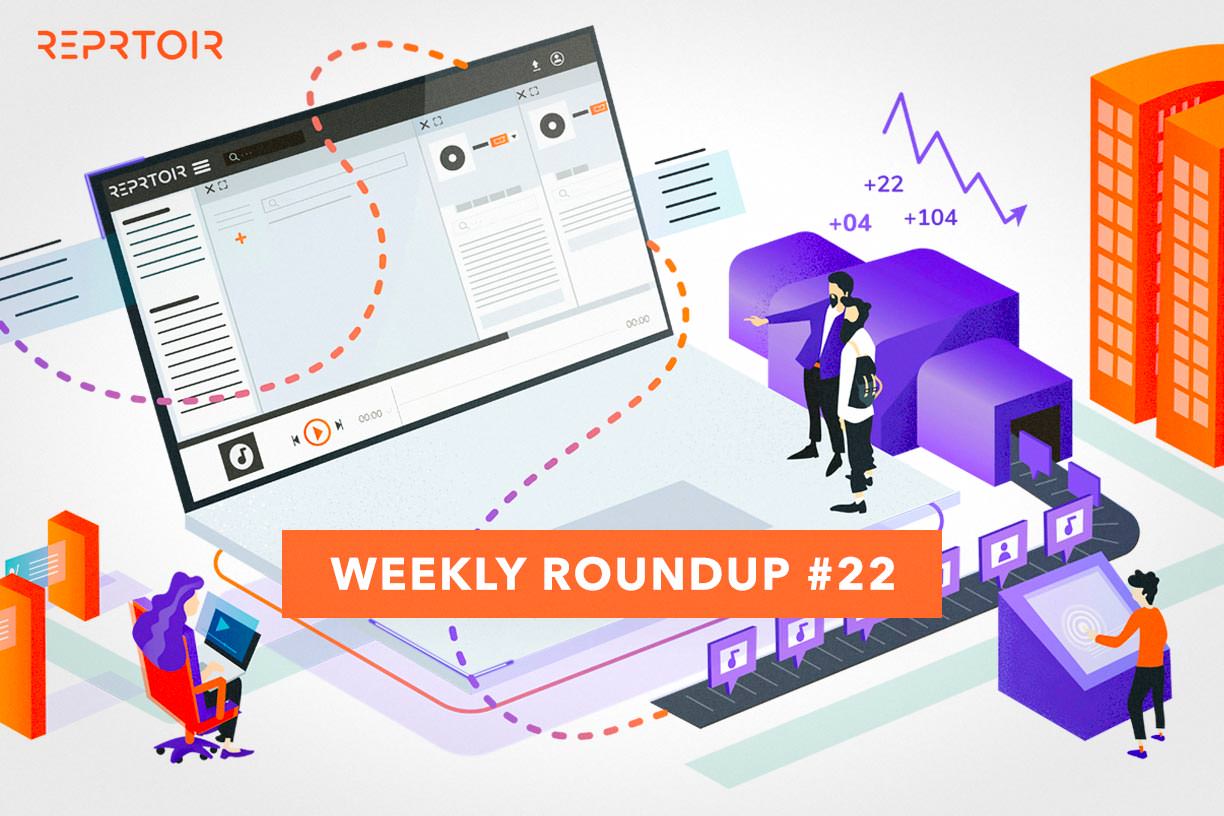 The future of music industry - WR #22

Hey all! I hope, as always that everyone is staying safe, as we’re going for our new Weekly Roundup.

A few big announcements I'd like to talk about were made this week. Starting with Tencent's strategy to get close to their competitors, and Apple being under investigation by the European Commission. The future of the music industry is being shaped, it's a good time to get a closer look at music news!

During the pandemic, many analysts focused on music streaming, as we talked about here a few weeks back. If we wanted to get a quick update this article should help. To sum up the data we got over the last month, music streaming sure did drop at the beginning of lockdown, but it went back up after a while (reassuring the professionals, especially streaming platforms). And if streaming is the main access to music, many of the users did watch livestream (and still are if we believe the BTS team announcing they just got the biggest audience yet), buy merchandising to help their favorite artists and were still concerned about music.

All in all, the music business showed (once again) its resilience. Now is the time to keep at it and define the right trends to follow.

Some insights came up on the topic of music streaming from MIDiA Research. Different strategies were implemented on these platforms, depending on artists, territories, fanbases and platforms. Following the analysis, we might have to take a closer look at the Asian market strategies. I would advise you to keep an eye on which strategies will trend on the matter, both for the short and long term. Releasing music will need to be reinvented a bit, as we pointed out in our last article on the blog, here.

#3. Apple under investigation by the European Commission

The European Commission opened an official antitrust investigation into Apple this week. Remembering last year, Spotify and Match Group complained about the process put in place by Apple to appear on the App Store (the only way to allow iOS users to download applications on their phones). Simply put, the conditions to offer the application on Apple devices is to go through their own in-app purchase system for all paid-content. Of course, there is a tax on the service, around 30%.

On the music industry side of the problem, Spotify considers that this processing is penalizing them compared to Apple Music (which is integrated in Apple's devices by default). For now, the preliminary investigation started and both companies have spoken up. You can follow the updates here.

Here we are for the new update on Warner Music Group's IPO ! As we talked about last week, there were some rumors about Tencent taking the opportunity to buy shares in Warner Music Group. Well we were right. The group bought at least $200 000 million shares in Warner during the IPO. Hard to keep track of how all of these companies are linked? Here is an updated diagram summing up the links between the main actors.

#5. Tencent’s strategy for the future

Speaking of Tencent, Warner Music Group isn’t the only big investment the industry is talking about for the Chinese giant. They could be preparing a major investment in the AI-based video streaming platform iQIYI, based in Beijing and collaborating with Baidu.

Announcements after announcements, Tencent seems to be infiltrating the ecosystem by buying shares in their main competitors and partners. The strategy might not be one we are accustomed to, but MIDiA Research summed up the differences we can spot in this situation. Making friends out of enemies seems to be the master plan.