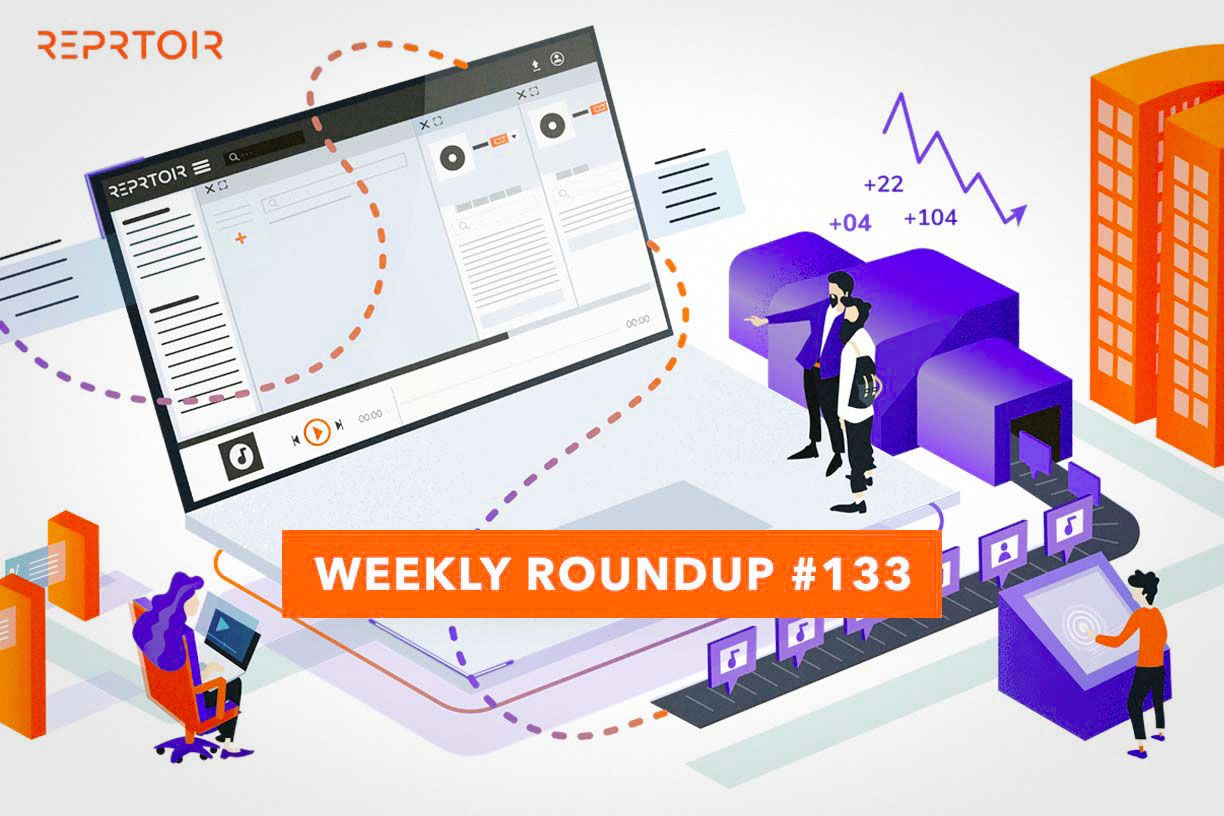 We usually speak about the changes the music industry has to adapt to, but sometimes, some platforms are trying to get ahead of things. We saw a few tries this week.

#1. You can finally hum a song and find out what it is

We’ve all been there; a song is stuck in our heads and impossible to put your finger on the name. Or the artist. Or remember enough of the lines to Google them after.

The French-based music streaming service Deezer has added a feature to allow you to hum, whistle or sing a bit of song and recognize it. The technology used by the platform, SongCatcher, is still sometimes a bit less refined than other recognition systems according to Digital Music News, but it’s part of the goal: training the algorithm as users make requests.

#2. YouTube’s advantages and actions to take on Spotify

It’s no secret that YouTube always eyed Spotify’s spot as the first platform when it comes to paying artists. Within the last 12 months, YouTube announced paying $7 billion to Rights-Holders, Spotify claimed $8 billion. Other than the fact that YouTube still drives a bigger audience to listen to music daily, they have other tricks in their sleeves.

Indeed the goal is to capitalize on UGC (or user-generated content). Approximately 30% of YouTube redistributed part to Rights-Holders come from UGC. Since YouTube's user base is growing and the part is staying the same, it’s simply getting bigger. By incentivizing the use of music and various possibilities to pay Rights-Holders, YouTube is looking to create a new revenue stream for artists (yep, another one).

But hold up for a second; is YouTube’s model of compiling Shorts and remuneration through its videos a better model than Spotify’s full track streaming model?

#3. Meta has been fined for their use of the technology behind FB and IG Live

The biggest media platform has been fined in the US after the company Voxer went after Meta for their use of the technology supporting Facebook Live and Instagram Live. Indeed, the two companies talked quickly after Voxer was founded, but deals fell through and nothing came out of it. Now, Meta has been using a technology that Voxer claims they’re using without authorization, blaming a copyright infringement from the group.

Meta has just been fined $175 million, but said they would be appealing, but right now it seems that the company keeps culminating issues with other companies.

You may remember a few weeks ago, we talked a little bit about the situation at Hipgnosis in our Weekly Roundup. It appeared that Hipgnosis Songs Fund had burnt through its cash and wasn’t about to invest, buy catalogs or raise money.

Well, this week Music Business Worldwide took a closer look at the case; JP Morgan rated Hipgnosis Songs Fund really well, endorsing the company. Why? Well because there are several “Hipgnosis” (3 branches, to sum it up), and a lot more is happening behind the HSF. Here are all the details, from the implication of the Blackstone-funded budget for Hipgnosis to the strategy to play the investment rates going up right now. It’s a long one so settle in!

Again, we touched ground on Apple strategy towards Music lately. A few news worth noting this week; first, Apple seems to be taking interest in Classical Music. It’s not really news, since Apple acquired Primephonic back in 2021. But it may finally be here, integrating Classical Music in its platform. Today, a few streaming platforms, specializing in this genre, are up and running. Apple’s competition will be a big challenge to face.

Even if Music is far from being the first revenue drive for Apple, the company has a way of tying up everything together. A full suite of services for artists, more genres represented and even connecting its AirPods flourishing business to a subscription for Apple Music.