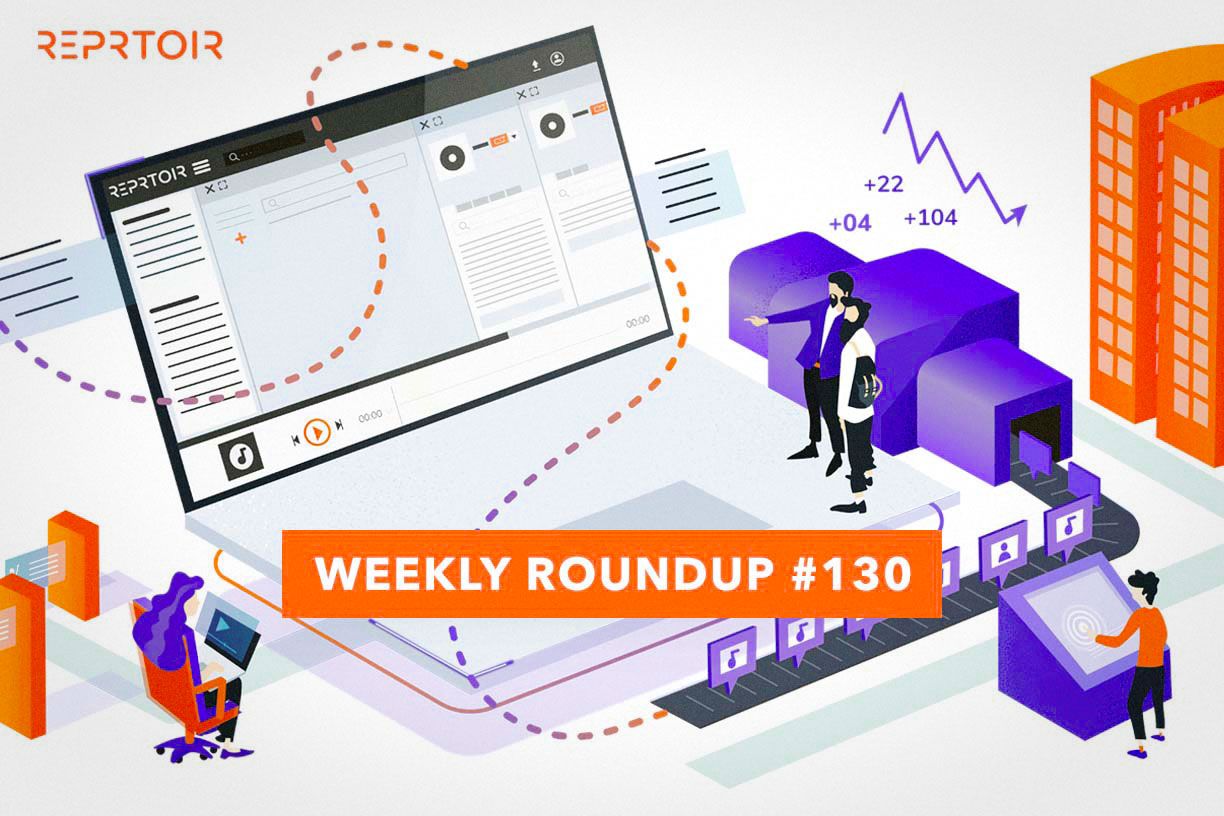 Whether it’s big corporations or small companies in the music industry, several moves have been made this week to redefine the landscape and create the right spaces for growth in music.

#1. Apple is the whole package

Quietly but surely, Apple has been developing a series of services for music and especially artists. If Apple does not have the label “music” on it yet, it may probably come at a time when their service is complete.

Indeed, Apple is creating the perfect bundle, starting with Apple Music of course, but also GarageBand for creating, Beats and Macs for hardware… But also Platoon, the platform Apple released without making a fuss. Platoon answers the need artists have to optimize and get data on their promotion. If the previous generation of artists was in deep need of distribution, now the focus is on the means to stand out. Apple understood and is well on its way to create a full service platform for artists.

#2. Optimism for the music industry’s revenue

You couldn’t possibly have missed the latest predictions by Goldman Sachs on the music industry revenues over the next 10 years. The whole music industry has been allowed to high five themselves considering the high levels of benefits expected.

Today, more predictions came out, and they’re as optimistic as Goldman Sachs’. Pershing Square Capital, the company that bought 10% in Universal Music Group has conducted an investigation on the potential growth in revenue and is now stating that, as the global music industry, UMG should be able to grow by 10% or more each year. This rise of revenue could be coming from new services released during the year, but also counting on the fact that music streaming platforms should be raising their prices at some point in the future.

That wouldn’t be a small number to expect and granted, they are involved with the biggest music company. Although, Sony Music Entertainment is also shooting for pretty high growth, especially coming from their presence in Asia.

#3. In the end, what happened at Kobalt?

So last week, we hinted that Kobalt might be looking for investors and talking to Francisco Partners. Now it’s official: Kobalt Music Group was sold to the private equity firm Francisco Partners. Now Kobalt has managed to sell to Sony Music Entertainment (AWAL and Kobalt Neighboring Rights) and FP (Kobalt Music Group). Now the company is focusing on catalog acquisitions and building services.

Sold but not handed over, Willard Ahdritz will remain as the chairman, and the directors will remain in place as well. Francisco Partners are making an investment that, as Kobalt stated: “support furthering AMRA, enriching Kobalt’s technology innovation, and expanding Kobalt’s footprint as the leading independent global music publisher”.

Kobalt’s strategy and latest stories tell us a lot about the current trends in the music industry. The focus is shifting towards investment, building services and not shying away from new investors. The company reached more than 200 at the same time, clearly there are some high stakes to look at. Music Business Worldwide dived in for you.

#4. New tech as a mean to stand out for artists

There’s no denying it: technology is becoming more and more present in the very act of creation. For artists, it means that a new expectation from them is rising: the need to experience it and create new narratives and new content.

But we need to create the space for them to do so. This is a work to be grasped by the music industry as a whole. Just as examples given in the latest edition of the Music x newsletter, there is a lot to uncover on that front. At the condition that artists can have the liberty to do so, without ending up fully burnt out by expectations.

#5. David Bowie on the blockchain

Here’s something we didn’t know we’d write some day: David Bowie’s content will be released on the blockchain very soon, as a tribute to the artist and his contribution to the field. The David Bowie’s Estate collaborated with 9 artists contributing to the project.