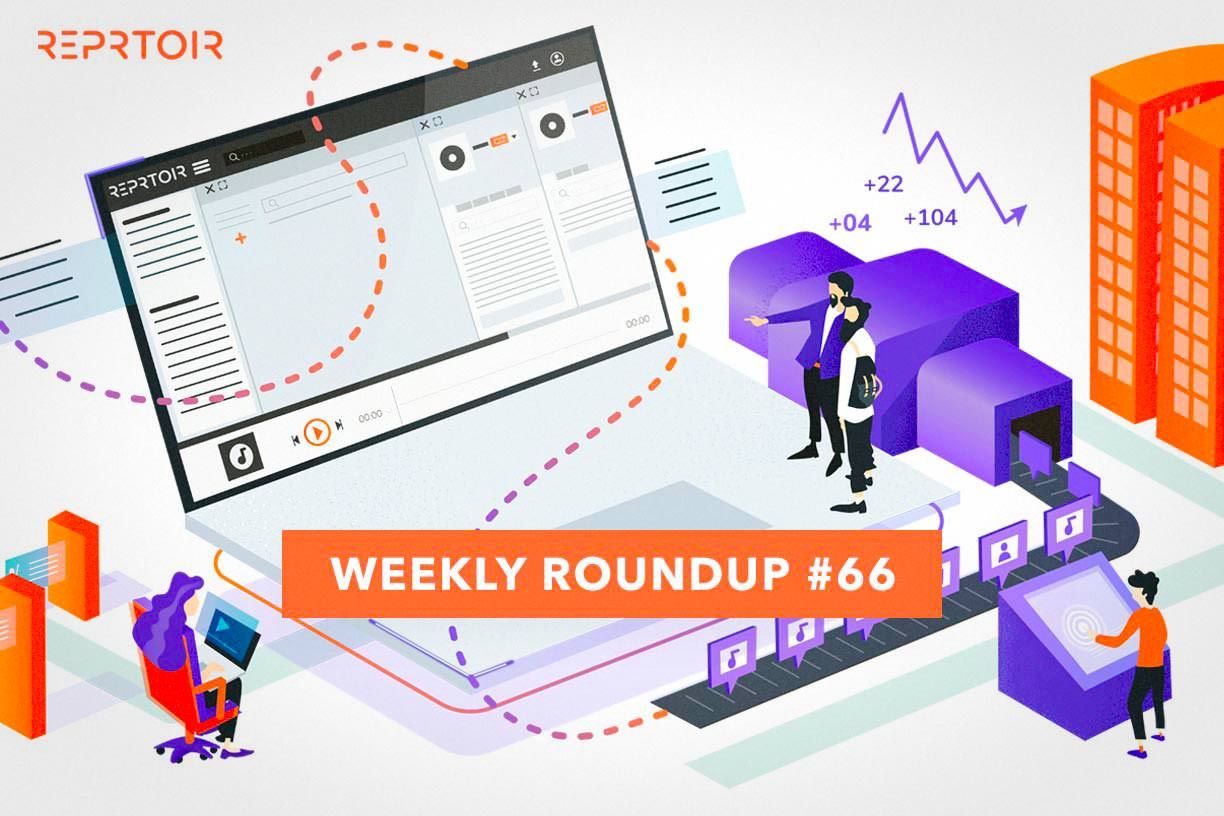 Hey all! Welcome back to a new Weekly Roundup, and this week we’re focusing a bit more on the links between gaming and music. A lot happened in the last few days when it comes to livestream, a few deals were made among main companies of both fields

Before getting into it, let me just share one article summing up the whole TikTok saga we followed closely during the end of last year. If you were already with us at the time, you know that we were taking a look at things every week. Forbes went back on it and took a closer look at the intricacies between music apps and governments.

Hipgnosis is back (not that it went very far). First, this week we heard of the acquisition of a part of Andrew Watt’s catalog by the investment fund. 105 songs were bought by Hipgnosis, while Merck Mercuriadis called him “one of the most important songwriters today”. The numbers were not revealed, but it appears to be an eight figures deal.

Same week, other acquisition: Hipgnosis bought the Red Hot Chili Peppers catalog for $140 Million. This includes all 11 studio albums of the band and some of the most heard tracks in almost 40 years. Hipgnosis is still going strong.

Why does it matter? Epic is looking to aggregate creators and grow its network (a lot of creators working on 2D and 3D are on ArtStation), and its fight against Apple is still progressing. Epic is looking to defend the rights and accessibility for artists and creators, among other platforms rising against Apple’s methods on pricing. ArtStation is now siding with them as well (as a part of Epic Games).

#3. Licensing livestream in the UK

Staying on virtual platforms, livestream is being debated (still). This time, we’re taking you to the UK (after Canada made livestream payments permanent).

PRS for Music has been debating the concept of licensing livestream. After a debate among several organizations, PRS decided to define a rate (with VAT), and allow viewing access for 72 hours (from 24 hours under the original proposal). Small events generating up to £1 500 will either obtain a fixed rate licence or apply for a bespoke rate linked to specific event revenues.

Let’s stay on livestream for a bit. Warner Music Group has been all over the news lately, especially because of their positive numbers year over year. But they also made a strategic partnership with the virtual live shows company Wave. The Major took a minority stake in the company, preparing more wide shows with popular artists.

Another company that made a move in that same direction is Deezer, realizing a strategic investment in the startup Dreamstage, a livestream company. The company has aired more than 50 paying shows since mid-2020 and will now keep working and evolving with Deezer, at a faster pace.

#5. What gaming is missing from music

Finally, let’s wrap up with some thoughts. The fact that gaming and music fields are getting closer and closer is not new, but there are some grey areas that could be helpful in the long term.

Music is coming to gaming yes, but it is coming with its regular issues, mainly metadata. The problem is simple: if music metadata is not fully understood and cleaned, you’re losing track of works online, and remuneration is impacted. Managing music rights is already complex, with new platforms and new ways of managing metadata, it will only get worse. Composers and songwriters took the time to talk about this issue in Digital Music News.