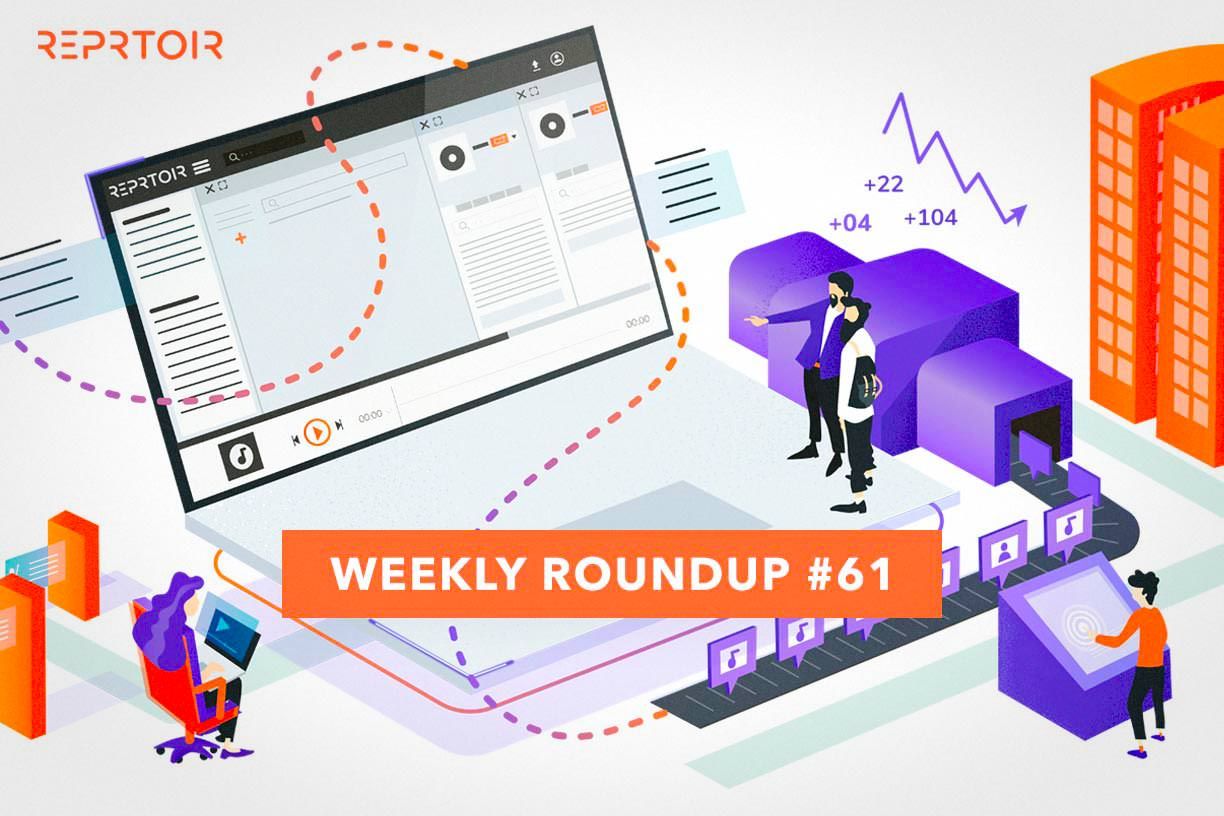 This week, the music industry talked big money with fundings, financing and other business models. Let’s see what happened in the field.

You wouldn’t be surprised if I told you that artists are coming forward to criticize deals they have with Majors in the music industry. Kristina Salen and Steve Stoute (ex boss of the record label Interscope Records) created a platform meant to help artists to turn to alternative deals, outside of labels’ scopes: UnitedMasters.

It is one of the main news of the week: UnitedMasters has secured a $50 million Series B investment, after a $70 million round with Alphabet in 2017. As for Apple, who is leading the investment round this time, this is following the acquisition of an A&R and distribution service in 2018 (Platoon).

It will be interesting to follow up on UnitedMasters and the next steps Apple is going to take in supporting artists’ development. For now, UnitedMasters keeps facilitating deals between independent artists and brands such the NBA or TikTok.

You already know that Universal Music Group is going public this year, starting trading on the Euronext Amsterdam stock exchange. All we needed was the agreement from the shareholders of Vivendi (the parent company of UMG), which was given this week by an overwhelming majority. It is now official.

Also this week, UMG raised $3.5 billion in a new 5 year financing line. Interestingly enough, the financing is going directly to UMG, not the parent company Vivendi. It comes right after the huge acquisitions made by Universal, including the peerless song catalog of Bob Dylan. So 2021 could be quite a year for Universal; going public and more investments in catalogs to come?

Staying on the topic, Sony Music Publishing took on a new big acquisition: Paul Simon’s song catalog. The acquisition covers all songs Paul Simon contributed to, including his time as a part of Simon & Garfunkel and as an independent artist. None of the parties shared the price of the deal.

#4. Giving a framework to livestream

We have news on the livestream front! Bandsintown released a few data on their audience, gathered through a survey. Among others, that you can find here, numbers show that around 22 000 artists promoted more than 79 000 livestreams on the platform since March 2020.

It is an interesting take, because it shows how widespread livestream is becoming, and how the audience is getting around the concept (even after physical concerts come back). But the fact remains: there is no clear regulation around livestream and it can be a bit confusing. Considering that some platforms are allowing free livestreams, some were designed for specific experiences that are to be paid… Some countries also pay artists for their performances, based on various criterias.

For example, SOCAN, the Canadian collecting society, just became the first Performance Rights Organization to make a licensing system for livestream permanent. The program called “Encore” will allow a $75 fee divided between the publishing rights holders for every broadcasted performance.

In the end, we definitely need a structure, a framework to help all new actors (or the ones who shifted) polarizing the livestream market make their way between usage and rights management. Some of the main platforms such as Driift, YouTube and Ticketmaster have officially been asking for an industry-wide collaboration to define the best terms on the matter.

Let’s finish on a high note. The band Glass Animals reached an all-time high with their track “Heat Waves” on streaming platforms, even though it was released at the beginning of the pandemic, with an audience more used to live music. At the center of the strategy: well-thought sync deals and coordination with streaming platforms. An example to follow?