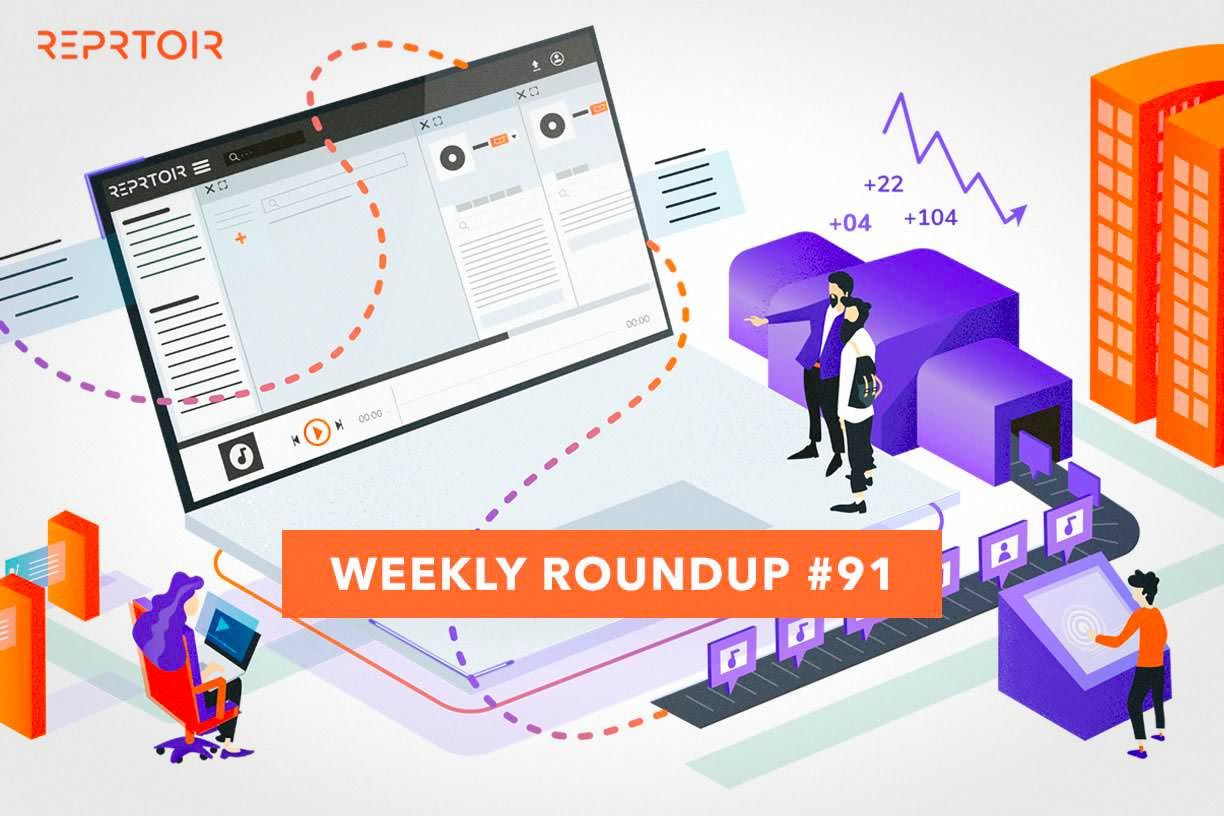 It sounds like an old tune, but we are still talking about how music platforms are changing the way we look and consume music. This week proves it again.

#1. A bit of news on Tencent: how is the Chinese giant doing?

Short answer: pretty great! Q3 numbers have come out and even though the music field is not fully back to its normal form and the fact that Tencent had to cancel the majority of their exclusive agreements, the company is still thriving.

Yup, considering the numbers, Tencent has seen a growth of paid subscribers up to more than 30% year over year. Worth noting as well, on the usership side of things, there’s a slight decline to consider on mobile users. Although it is clearly not alarming. Digital Music News went into details for you here. As a reminder, Tencent gathers the following streaming services: QQ Music, Kugou, and Kuwo.

That’s not all on Tencent: this week was also the moment the company announced their partnership with Apple Music on global streaming. What does that mean? The two streaming services will share their artists’ tracks to allow a broader broadcast (and a bit more traction to get new paid users, of course). This is good news for Tencent, which is clearly trying to tie links with bigger platforms, and for Apple Music, who’s been in the Asian market for a few years now but is struggling to make their place.

#2. Which territories are the bigger consumers of music?

Speaking of different music markets across the world, let’s see what Billboard took away from an IFPI report (you can get access to the report, but it’s a longer read).

All in all, Latin America has been one of the leading territories in music consumption. Cultural or not, the numbers are here to demonstrate how engaged listeners are with music. The first country of the pack is Mexico, with 25.7 hours per week (to compare, the worldwide average is around 18). Following closely are Brazil and Argentina. And the thing to remember is that these numbers have been consistent for the last few years, before and during the global pandemic. The model in Latin America is becoming a model to follow.

#3. What is Twitch doing for artists today?

Some new things are coming up from Twitch: they now released their program to help artists get discovered. The Collective is described as an incubator for artists. The program will work just as an incubator; music professionals will lecture and guide artists enrolled in The Collective to help them take the most out of the platform.

For now, the program is Invite-Only and a few selected artists will get to be mentored. You can also count on premium partners too; Amazon (of course, they own the platform), Discord, Distrokid, Rolling Stone… Worth keeping an eye out for the outcome!

#4. What can the difference of streams between Adele and BTS teach us?

Let’s stay on how platforms can help artists drive streams and grow their audiences for a bit. We’ve talked a little about how streams count has been different between Adele’s release and BTS’s. And it came down to the difference of the audience, clearly not having the same behavior online.

MIDiA Research dug a bit deeper on that; comparing the two releases to James Bond and Squid Game. One peaked and the other became a full movement online (who hasn’t seen people wearing the costume on Halloween?). And it’s exactly what happened with our two artists, but the counts on BTS got cut because of fake streams issues. To put it plainly: maybe the way we measure success is outdated and (again) streaming would benefit from a refresh, taking into account how tracks are being listened to.

#5. One last thing: let’s hear from the music industry

Just a quick reminder to wrap up our article of the week: Midem is just around the corner and will begin next Tuesday, online and free! You can connect to Midem Digital Edition through here.