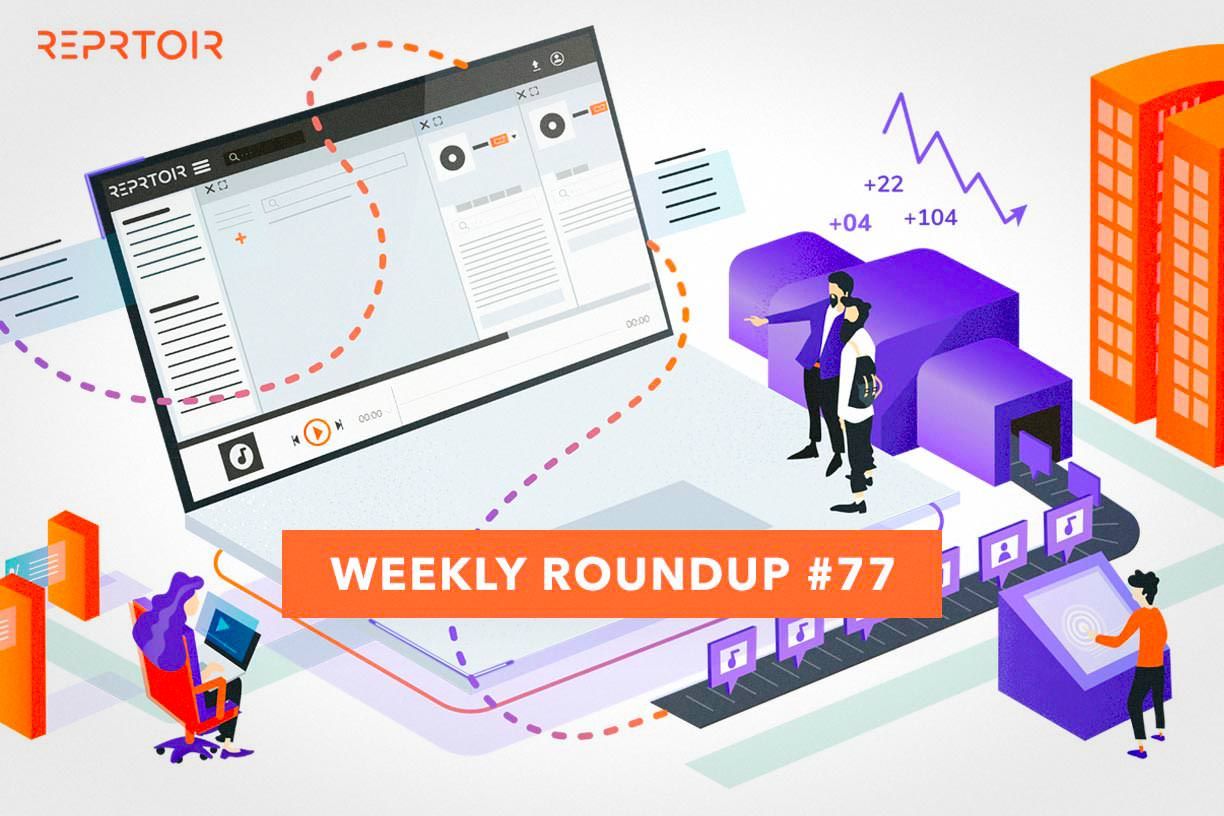 Music business is changing, we witness it every week. But it is sometimes good to take some time to reflect and understand how consumption and habits interfere in the process.

#1. Tencent’s exclusive deals on music rights come to an end

You may have seen some news about this: the Chinese government has been working on antitrust actions regarding Tech giants in the country. After Alibaba, it was Tencent who was under inspection. And the sentence came: the exclusive deals on music rights will have to be cancelled for online music. The company has already announced the acceptance and the efforts to comply with the decision that has been made. In the meantime, even though the rumor had been going around for a few months, the Tencent Music is going down as a result of the news.

#2. Spotify is doing well for itself

This week, the main streaming service of our industry unveiled their numbers of 2020 Q2. Even though the number of Monthly Active Users is still rising, they fell a bit short compared to what was announced originally. Although, it represents a 23% year over year increase compared to €2.33 billion.

But these are not the only news regarding Spotify. Indeed, this year marks the 10th anniversary of the platform. Taking a look back, Spotify was willing to become the one who plays the soundtrack of our daily lives; mission accomplished. But it also reinvented the way we consumed music, including catalog management for music professionals. And it won’t stop there.

Even though the transformations to come in the next 10 years are rough to bluntly state. This year will be the release of the new Discovery Mode and Greenroom (the Clubhouse-like app), designed to add more Monthly Active Users. Spotify is planning to reach between 377 and 382 million of them by the end of Q3.

Speaking of them, a few news stories came up this week and they’re not essentially great. First off, the database was said to have been hacked, which has been denied by the company shortly after the announcement of the database being sold to the bigger offer on the Darknet.

Other than this quick off road session, Clubhouse has been opening up to all users for a few weeks now, and gave up on their invite-only policy for a few days. Which hasn’t generated any big movement towards the app.

More than a slowed down adoption (due to the fact that there’s no secret and exclusivity anymore), the fact remains that the demographics are changing on the app. It is still pretty focused on the startup ecosystem, but it could be an app worth keeping an eye on for now.

Audio content is visibly changing, to fit new usages and a period of time during which anyone was forced to stay inside, distance oneself from regular entertainment. And music streaming is facing a challenge (other than the one we’re always talking about: remuneration) in fitting these new consumption habits.

Audio streaming has been considered as real help by users of Spotify, especially in younger generations. Meaning that, potentially, if streaming is threatening digital streams of revenue, it surely participated in the music’s consumption mutation.

#5. The endless will to disrupt music

Looking at all these changes regularly and their impact on the music industry makes it easy for us to realize that many aspects can and will be improved. But more often than not, some players are coming up to the music field with the will to disrupt the methods and basically supply chains.

But as it is clearly explained here, there is a reason why the music business is working as it is today. And solutions are needed to move forward, not complete redesigns of everything. These are some interesting thoughts to wrap up our Weekly Roundup.