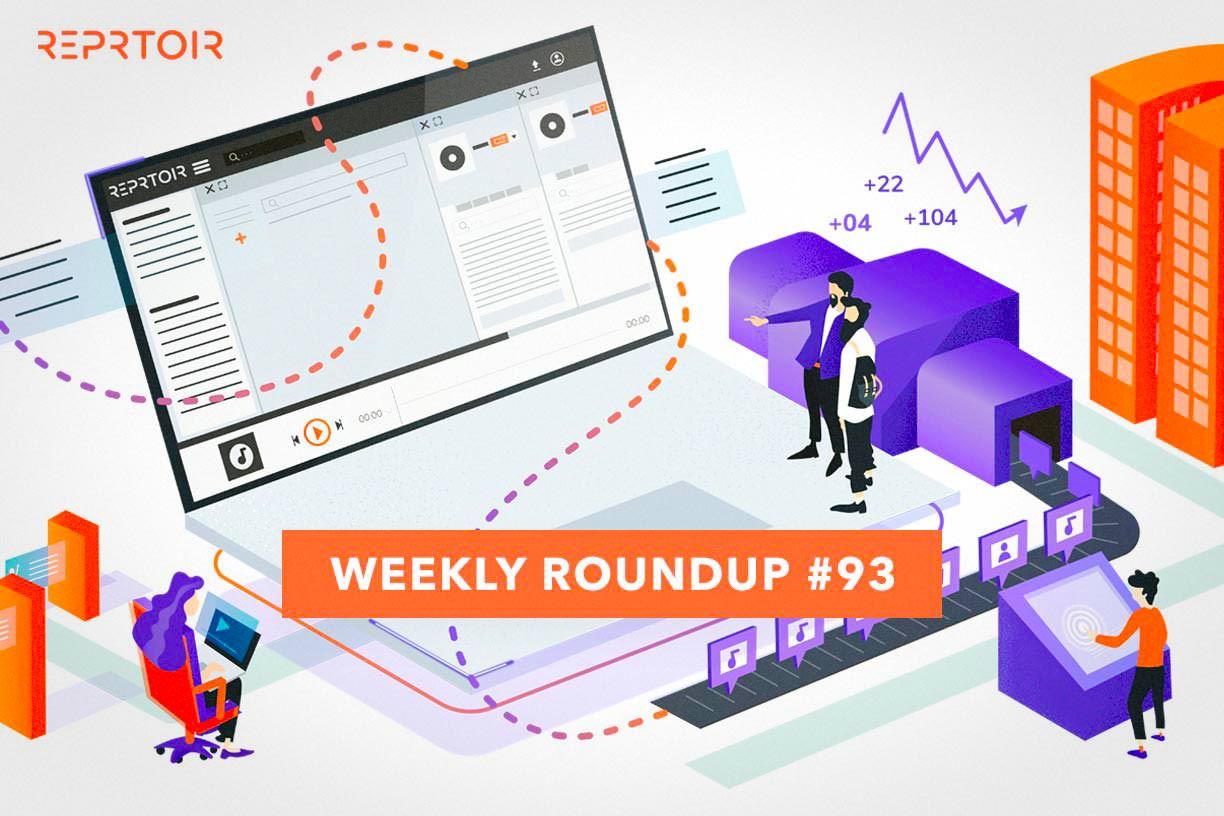 Let’s go for our last Weekly Roundup of November! This time, let’s talk about how labels are integrated in the music industry transformation.

Last week was the latest Midem Digital Edition, and we talked a bit about what had been said on artist & label services. Well, a few things from TikTok came up and we wanted to take the opportunity to add more here.

Indeed, considering the keynote during the online event, TikTok is now looking at music licensing, on the B2B side. What does it mean? Well, it means that TikTok would allow small businesses (music related or not) to use tracks on the platform and generate actual revenue for artists. If UGC (user-generated) content is so flourishing, it should be for commercial use as well! And just to think that TikTok had to sign licensing agreements only right after they started to rise at an impressive pace.

#2. What if it were NFT who needed music?

Let’s stay on new models for a moment and talk about NFT for a bit. We have been talking about their advantages and how they could be changing business models for creators (making creations traceable, suppressing some of the middle men…), but what if there were a bit more to it? What could music bring to the table?

MIDiA Research went ahead and took the collaboration between BAYC (Bored Ape Yacht Club), Universal Music and Timbaland, creating a story around the Apes characters, making them virtual artists. I’ll let you take a look at the article if you haven't heard about the partnership before.

We mentioned it before; NFT can be useful to artists and creators who have the right community (meaning people able to get onto the blockchain, buy digital valued virtual objects and follow the artist in the long term). Creating an NFT is far from guaranteeing success; what this side is lacking is storytelling. Creations meant to be tokens to exchange can actually benefit from industries just like music, which bring connection with the “outside world” of blockchain.

#3. Four Tet and Domino: what happened?

You may have heard a few months back that the artist Four Tet and its record label Domino are having a legal dispute. Well this week, Domino took three albums off streaming platforms without the artist’s permission. Which begs the question: how much power is given the label over the artists’ creations? The question is important and doesn’t appear to have a clear answer. Moreover, the starting point of the dispute was based on the revenue distribution. Which brings us to our next topic.

#4. Why are record labels unhappy with the UK Parliament?

Yesterday, Kevin Brennan MP’s Copyright (Rights And Remuneration Of Musicians) Private Member’s Bill was published. This of course is a draft to be presented to the UK Parliament, to revisit the remuneration of artists (songwriters, composers, interprets). Among other things, in this draft is the concept of Equality Remuneration (ER). This concept is from the UK law and is already used for radio. Basically, it splits the remuneration for the artist: one part is going through the label, but the other is directly sent to the artist, making sure they’re receiving their share.

This mirrors the hearings of artists collective (such as the #BrokenRecord campaign) and is not making record labels happy, as you’ll see in the articles. Even if the Bill still has to be approved by several bodies, it might be accepted, which is generating some serious backlash.

Music rights are still going strong and 2022 could be the exact same way. Taking a quick look at Hipgnosis, the operations to prepare for the acquisitions are being taken care of as we speak. But, let’s not forget that Merck Mercuriadis is not the only one on the market. The fund Tempo has $1 billion to spend on music rights as well!