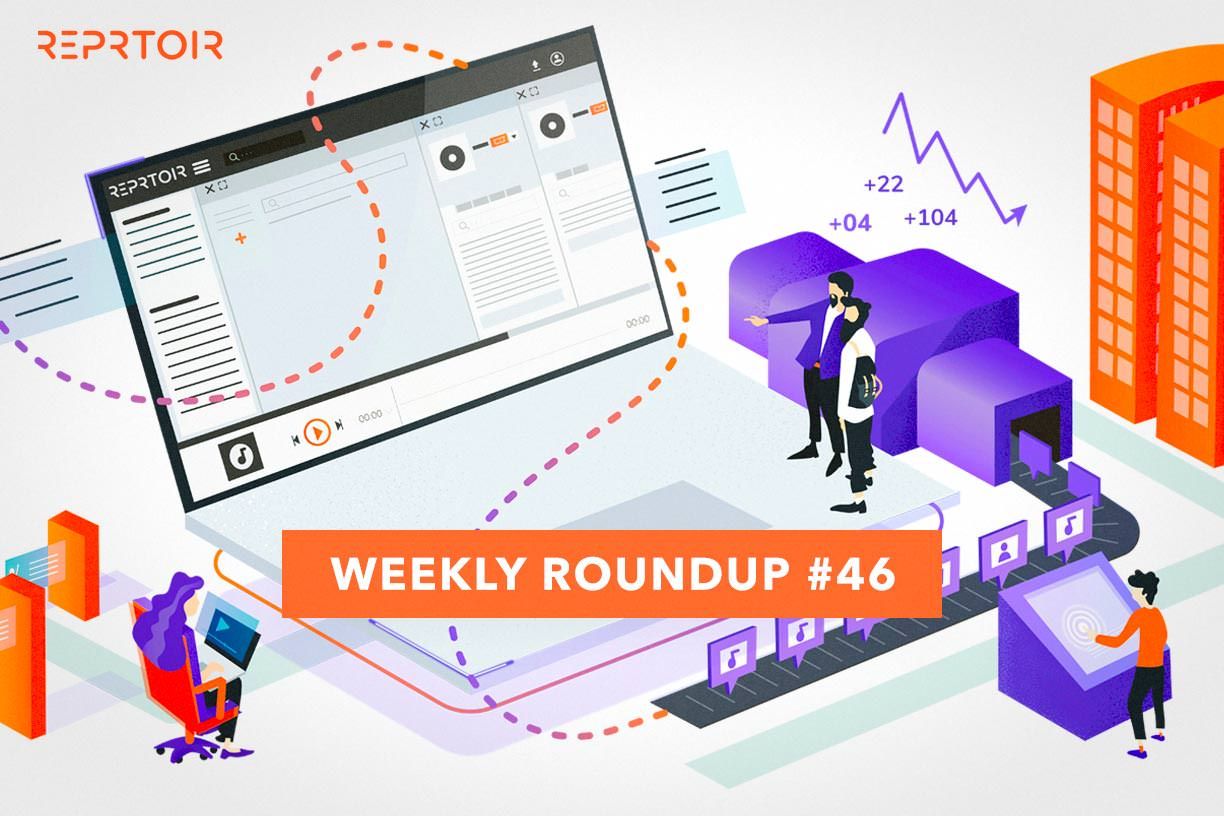 Hey all! I hope you’re getting around this last month of 2020. We’ve been seeing a lot of music streaming news this week, so we wanted to focus a bit more on that. Let’s see what happened in the music industry this week.

News from TikTok, again! Good news for the ByteDance app, its licensing dispute is coming to an end. This week was announced an inked deal with ICE, the collective of organizations including Concord, GEMA, IMRO, PRS for Music, STIM and IMRO, but also Downtown Music Publishing. This means TikTok is now in regulation with these publishers' organizations. This establishes a flow of royalties for artists when their work is used on the platform by users.

This is far from the first licensing deal TikTok has made. For instance, we talked about deals with Sony Music Entertainment, which was about a month ago, and the first major licensing deal for the app. TikTok has been developing its base quite quickly, considering the currently uncertain status of the app, rising up to a 100 million users and a revenue around $115 million.

Staying on the topic of developing online platforms, let’s talk about streaming. It would have been difficult to avoid hearing from Spotify lately. Let’s see, first Spotify is adding its own version of Stories. Yes, another one of your apps is going to give you a few short videos. After describing themselves as a multimedia company and not a streaming service anymore, Spotify is looking to expand its Social Media horizon.

Okay then, but going a bit deeper on the tech side of Spotify, it is pretty clear they haven’t stopped working on blockchain and AI. Libra, the cryptocurrency by Facebook should launch next month, and Spotify is one of the founding members of the Association supervising the launch. Ek justifies their implication by the will to try and pay artists more directly. Of course, many factors to take into account when it comes to that kind of strategy: the success of Libra sure, but also the reception by the industry. We might have to wait to see the first signs of how this is going and if it will, in the end, impact our work for record companies.

Finally, AI. We already have a few initiatives and technological tools to compare tracks and lead sheets, but Spotify wants to do it better and is seeking a patent on “Plagiarism Risk Detector And Interface” tech. Basically, the company wants to run their algorithms on lead sheets and determine the proximity to call it plagiarism or not. Spotify would be placing itself as a key actor on the matter, pretty recurrent among songwriters.

#3. Streaming services’ end of the year

Maybe more accessible to a greater audience, of course let’s talk about the Spotify Wrapped 2020. Worth to mention, adding up to the wrap up as we know it, artists can get their own too through Spotify for Artists now! And, podcasts are now integrated in the dataset for users. Get ready to see them shared everywhere (it started for me at least).

But Spotify is not the only one wrapping up the year. Deezer took the opportunity to reveal the biggest streams on the platforms too. No big surprise there, but a mention of the rise of “positive” tracks in streaming during the lockdown.

All these talks on streaming platforms, this is a perfect transition to take a look at what MIDiA Research has in store for us. Here are some insights on how the music industry is bound to move on from what is called “the song economy”.

Simply put: the current business model on streaming platforms are working mainly for superstars, but can’t be profitable for all artists in the long term. So, here are the leads we could follow, after the UK parliament runs the inquiry on streaming.

‍Let’s end on a high note: streaming is not only about recorded music right now. Livestream has been seriously taking off, and the case of Driift is here to show for it. Experiments to work out a qualitative music livestream performance have been successful so far, bringing around 300 000 million paying viewers on the new platform. Plus, around the same time, Dua Lipa claimed to have gathered 5 million paying viewers for her livestream performance (around €10 a ticket).