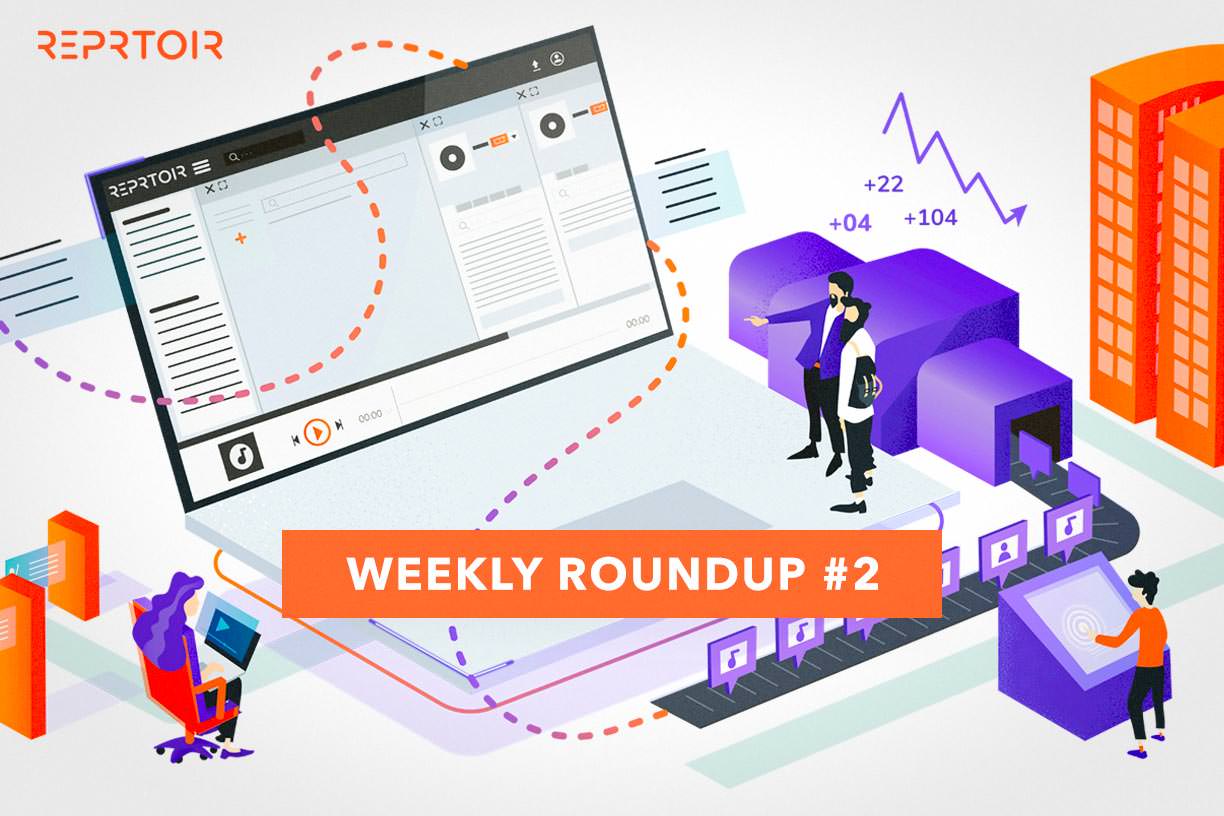 I am glad to welcome you on the second occurrence of our Weekly Roundup!

This week has been an intense one, after coming back from NY:LON and following up on this last week of January.

But the music business is not stopping and we had our share of news. After a lot happening in the licensing sector last week with Downtown acquiring a few major actors, streaming was the main topic. But before that, let’s dive in a few policies structuration.

#1. No Directive for the UK

Difficult to miss, this week the UK announced their decision not to adopt the EU Directive on copyright. So what does it imply?

Well, the directive sets new and stronger copyright standards for all websites having to deal with copyrighted content. And the responsibility will fall on the websites themselves. All of which will have until 2021 to update their functioning. In response to the vote, Alphabet (meaning YouTube), among others, threatened to withdraw their services from the countries involved. And this might be a reason to reject the directive.

Not everyone is happy about this decision, starting with Impala. The main defender of independent labels regrets this decision concerning the directive, meant to create a better protection for creation. Same goes for PRS, the London rights society. All in all, UK made an unpopular decision in the music field. We'll see how this will sit with the rest of Europe while Brexit setting up.

#2. SoundCloud came back from the dead

It is true, SoundCloud had a great year. After a difficult period around 2 years ago, the streaming service came back with an all-time high revenue in 2019. It is now the biggest streaming service, claiming 200 million tracks available on the platform (when Apple Music announces 50 million in comparison). A great comeback!

How could Disney and Spotify compete against broader services such as Amazon Prime? Easy, by getting into the bundle trend of course!

Disney+ just launched and was well received, but the offer might not be enough compared to others, gathering more and more services. In the meantime, Spotify keeps growing and aggregating services, describing itself as a media company from now on. So why not considering a new service combining Spotify and Disney+?

To continue on the streaming war, Amazon is coming after the first position. So should Spotify be looking over its shoulder? If Amazon is growing this fast, it is because it’s capitalizing on their existing customer basis through Prime. The video streaming is well developed, the fast delivery is appreciated and Amazon Echo is a big hit in North America (considering the main use of these speakers is listening to music, Amazon Music is in a prime position). A perfect setup to have a consequent base of customers.

But Spotify is still the main streaming service and invested so much in the podcast industry, it overcame Apple Podcast. Even though the competitors are growing fast, Spotify is well established and should be able to hold position.

In the beginning of the month, our Chief of Sales flew to New York City for NY:LON, to meet up with some main actors of the music business. Among the top execs of the music industry, it is still a intimate event, allowing attendees to (re)connect easily. If you’re curious about what might have been discussed, I’d advise you to take a look on Music Ally coverage of the event, with Troy Carter talking about the changes for labels or how emerging technologies can impact the way we listen to music.