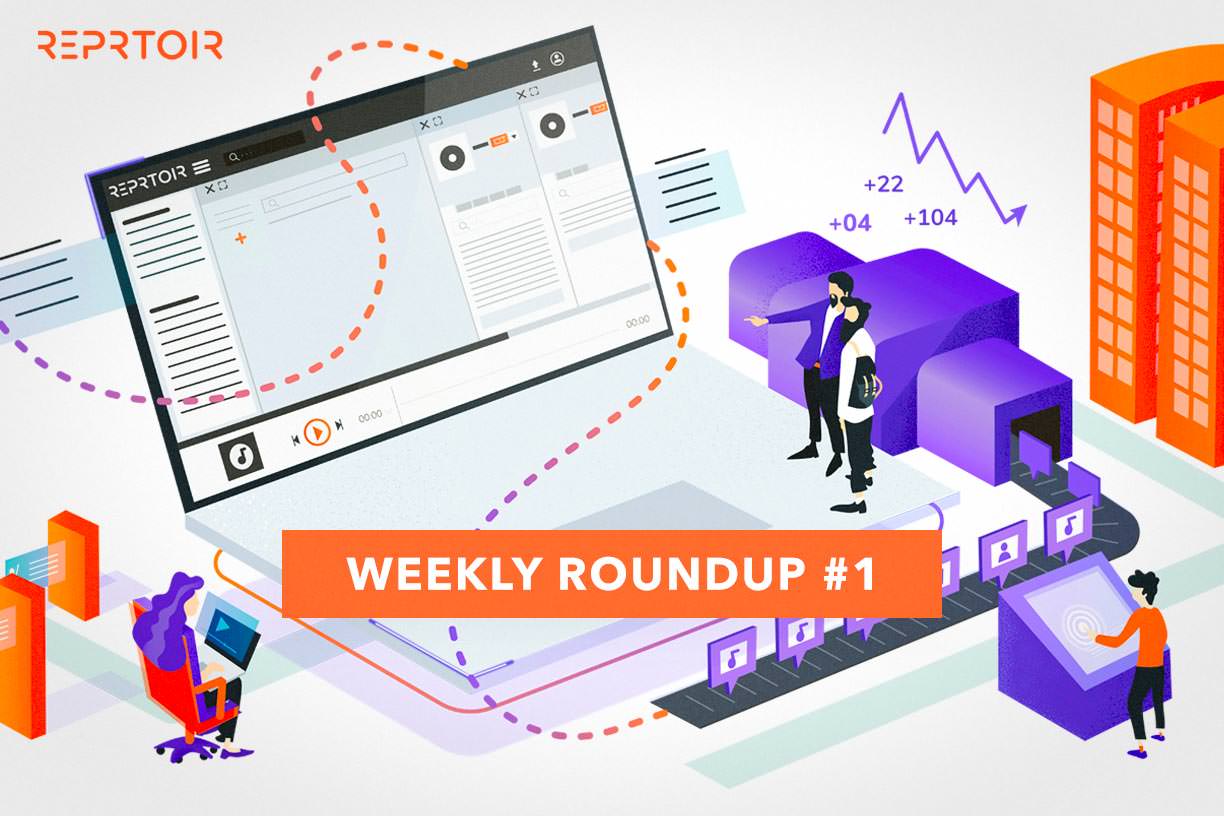 This year, we decided to take more time to share ideas with our community. Music Publishing is a moving ecosystem. The music industry keeps evolving at an incredibly fast pace. We thought that the beginning of the decade was a good time to start a weekly roundup, on what happened during the week.

At Reprtoir, we are learning every day, and we love this. Reading up on the news and keeping up on our sector is part of our days. And I am pretty sure, it is part yours too.

From now on, we will be be publishing a weekly update of the music industry news. So we have a standing date, every Friday!

#1. Universal Music Group and Tencent are a thing now

We heard about the potential deal a few months ago, and it is now official. During the Christmas break, Tencent bought 10% of Universal Music Group. The very incestuous relations between majors and Spotify just got a lot more complicated.

The thing is, everyone has shares from everyone. Nevertheless, Spotify not being able to tackle the Chinese market, and the Chinese market having trouble getting on the Western one, means that a lot could happen. Universal’s catalog is the largest one, this means that Tencent will be able to develop its services way more easily.

Another small thing: Tencent Holdings, the parent company, has a lot of subsidiaries in gaming, social media… Tech and music rely more and more on each other. To go further on the issue, I would recommend you to take the time to read Cherie Hu’s piece on NPR.

2020 is at the usual trend predictions period. You will be able to find a bit of everything, but one new comer in the newsletters game caught my eye. The Music x Tech x Future has just been launched and is tackling a few interesting issues.

We go from data privacy to the music economy rise in Africa and Asia, with a detour on the topic of climate change. It is a good overview of the main topics triggering the music industry for the beginning of the year.

#3. Spotify and Warner Chappell made peace

Spotify and Warner Music have been in a heated discussion in India regarding the use of Warner’s catalog in the country by the streaming platform. The Bombay-court hearing was bearing a lot of questions for the global music industry regarding licenses and copyright amounts.

Very quickly, Spotify claimed the global licensing agreement allowed them to use Warner’s catalog, when Warner stipulated they never had the authorization to use the catalog at a low rating for the country. Indeed, the paid version of the streaming service was set at such a low level that it had a strong impact on the royalties paid to the artists.

In the end, an agreement was reached between the two companies. After almost a year of arguing, Spotify registered a number of new members and raised the price for its paid version.

TikTok signed a global licensing deal with Merlin, the digital rights agency for the indie labels sector. This represents an access to 15% of the global music market. In the meantime, other discussions about license deals are also happening in parallel with majors.

That's it for this week, we'll meet up again next Friday for another Weekly Roundup