Solidarity from the music industry - WR #11 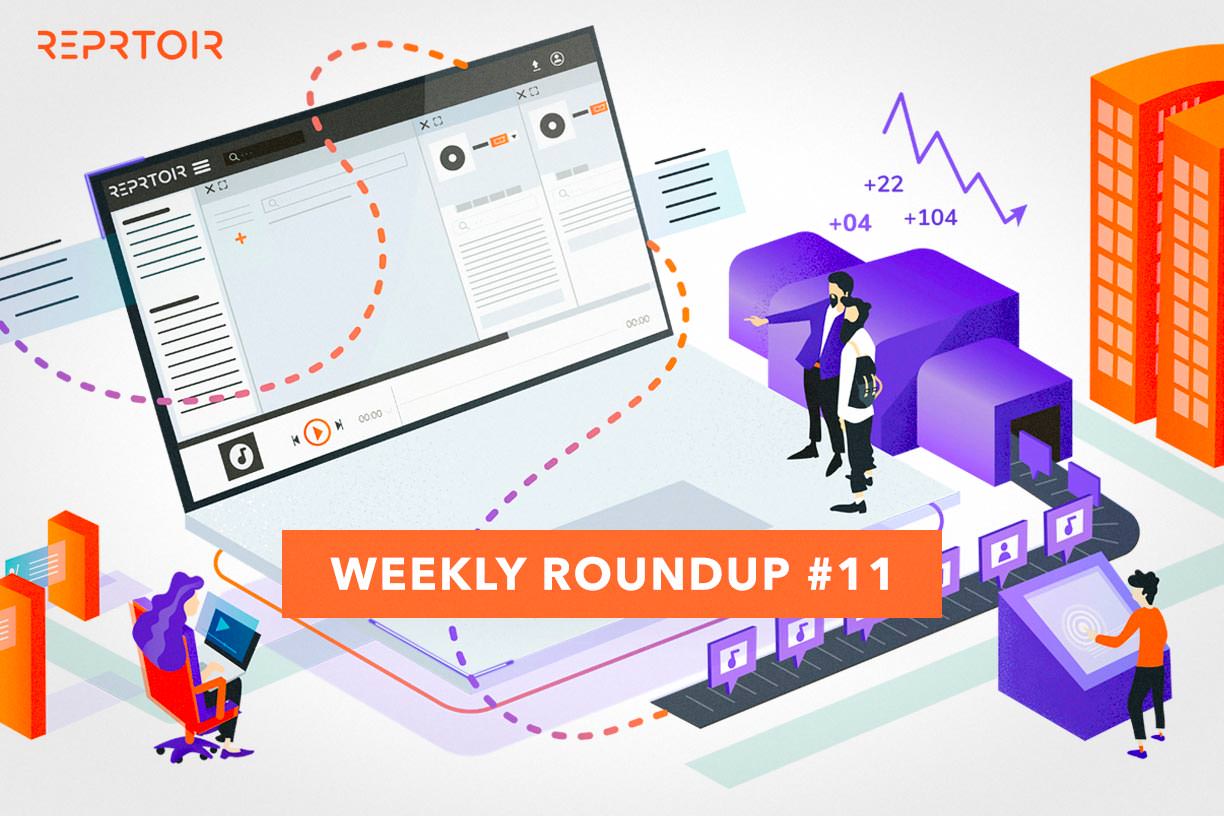 Solidarity from the music industry - WR #11

I am glad to meet up with your here again for another Weekly Roundup. I hope everyone is keeping a cool head and is staying safe everywhere!

News are going fast; everyone is trying to adapt to the situation, surviving it or preparing the outcome. We will of course take a look at what we thought was worth mentioning on this 3rd Friday in confinement, especially regarding solidarity between members. Keep in mind that we narrow the number of news to 5, it’s sometimes tough to decide which ones to keep!

Reprtoir is designed for record labels and publishers. And you don’t need us to tell you how these actors are seriously hit by the crisis today, as well as the whole industry. Different initiatives are taking place to help artists go through these difficult times, we’ll go through a few of them. We also wrote an article on help and funds you can reach out to wherever you are.

We’ll especially focus on major actors here. We saw a lot of initiatives of solidarity to join forces and build funds to help the industry. Which has a lot to say about the need of collaboration today.

We hope everyone is okay, and we’ll get right into it now!

Last week, Cherie Hu dived in a new trend in advanced fees for artists. Distributors taking the matter in their own hands and offering advances to DIY middle-tier artists on very different levels. For record labels and music publishers, this would mean a moment of adaptation, but also an interesting collaboration to work out in the future.

In a context like today’s, in which artists are thinking twice before releasing any new track or album, these advances could be another option to help them get their music online and manage to live off their creations. In this area, we already talked about Sound Royalties waiving their fees for artists impacted by the crisis.

I can only advise you to go take a look at the article (grab a coffee, it’s pretty long), which is very clear and will give the keys to understand the trend.

We’ve heard approximately everything about how music streaming is doing these last few days. It is still pretty difficult to get a clear idea. So let’s take a look at Spotify’s insights. If there is no reason to be alarmed according to them, the focus has been on editorial adaptation of podcasts and playlist to the situation.

We did see a decrease of numbers during the beginning of confinement. The latest numbers given by MIDiA Research confirm a slight upward trend towards better numbers. We’ll need to keep an eye on that evolution!

#3. Sony Corporation adds its own Covid-19 Relief Fund to other solidarity initiatives

Sony just launched their own Covid-19 Relief Fund. The company is promising $100 million to health workers, children without any way to get education and to the creative industry impacted by the crisis and show cancellations.

Their initiative joins other main entertainment actors’ such as Spotify, Netflix or Warner Media. A way to give donations will be sent to Sony’s employees and other initiatives might be discussed in the following weeks.

#4. Huawei Music is launching its music streaming service in Europe

China might have been in full lockdown not so long ago, but Huawei did not stop their plans. As announced, the Chinese firm launched their music streaming service, Huawei Music. And it is coming for Europe, especially after Spotify.

Tip: if you register before April 26, you’ll get the first 3 months for free. A way to give the platform a try… And to get a big launch for Huawei. Just as a reminder, note that in France, Huawei will have Qwant (in French) - fierce defenders of privacy -embedded in their phones (since Google wasn’t available for the Chinese constructor).

#5. Universal Music Group and Tencent made it official

To end on a high note, the deal between Universal Music Group and Tencent has been finalized in the beginning of the week. Now, we can wait for the next deals for minority stakes in UMG!

This brings Universal Music Group an implied Enterprise Value of $30 bn. The Tencent-led consortium then acquired around $3,3 bn.