Reflecting on the music industry - WR #88 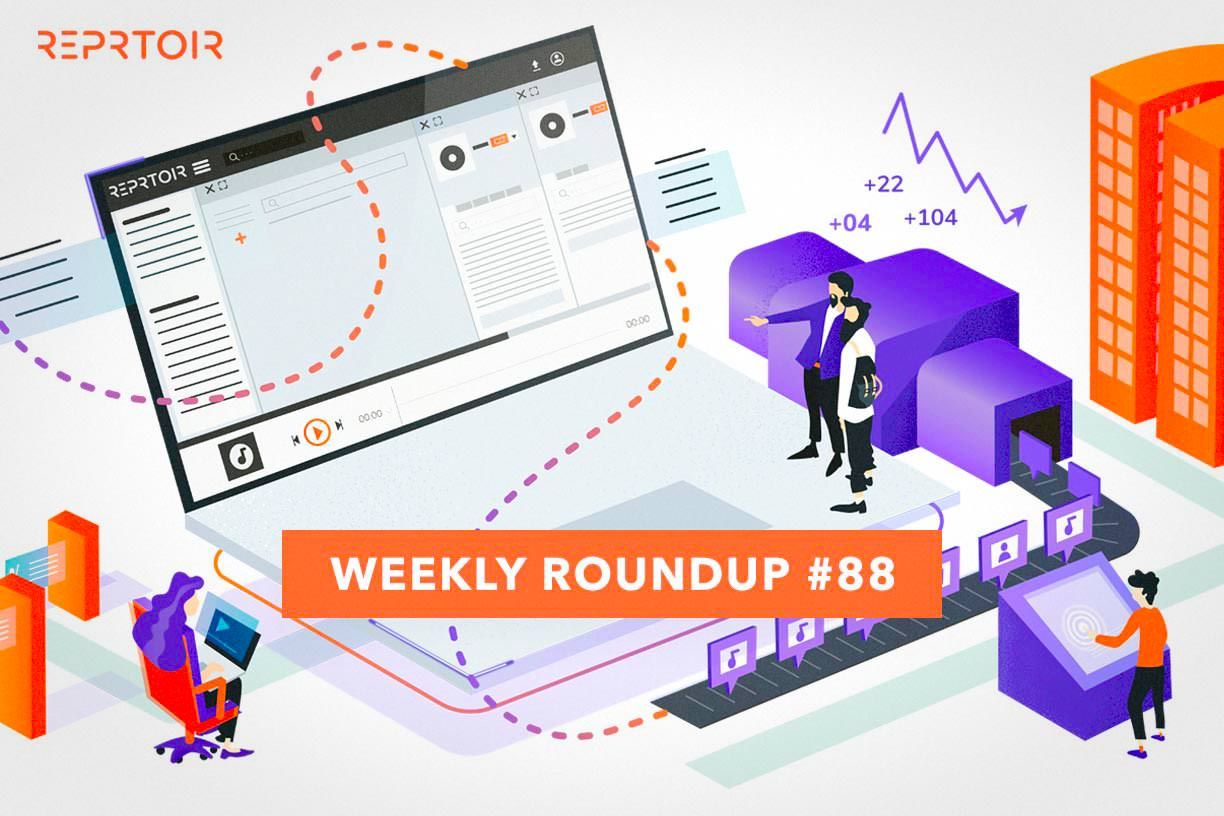 Reflecting on the music industry - WR #88

This week, let’s be nostalgic. Not too long ago, live music was carrying our industry and streaming royalties were debated here and there. We are now talking about consolidation in livestream and getting heated arguments about music streaming platforms.

#1. The NMPA gave its first reaction to the future royalty rates

Currently undergoing: the CRB (Copyright Royalty Board) IV. What is it? Plainly explained, it is the moment music industry key players are defining the mechanical-rates of royalties that will be paid by music streaming services between 2023 and 2027. The first step being a proposal filed by the streaming platforms on the level they think they should pay. As you can imagine, this filing is sealed.

But, one person knows what’s in it, and he’s not happy about it. David Isrealite, CEO of the National Music Publishers’ Association (NMPA) has been very outspoken about his opinion on the very low level recommended by the streaming platforms. After talking about it expansively on social media, he also took part in the Music Business Worldwide Podcast to explain how this first step in the process shows the lack of acknowledgment of artists’ work.

We’ll let you make up your own mind on all of this. It’s not the first and it won’t be the last feud between the NMPA and streaming platforms. But, and it’s worth keeping in mind, record labels do receive a decent amount of these rates and are sometimes pointed out in their repartition far from transparent (not that it would solve the whole problem of course). Another thing to also keep in mind: in the latest arguments made against streaming platforms, it is often about the Big Tech ones, but keep in mind that the smaller ones, whose business models rely on music are facing a whole other set of problems. We’ll keep an eye on this as it unfolds.

#2. Adele is back: what does the release highlight for the music industry?

Let’s take advantage of Adele’s new album in 6 years to reflect a bit on how the music industry has changed. Granted, we went through the pandemic, which changed a whole lot of habits, but still.

First things first: it officially became a new record on the main streaming platforms in terms of numbers of streams (even topping “Butter” by BTS). You’ll get all the details on data on Music Business Worldwide, showing how this debut release is doing.

Billboard took the opportunity to take a look at the major evolutions the music field has seen since Adele’s last album. Which is an interesting exercise: her “profile” among the most listened to artists is a bit atypical. Relying more on a community who buys records and merch, she doesn’t release tracks too often, still makes an event out of appearances on TV or in media… It is pretty interesting to see how she (and her team of course) is still working according to the main audience rather than the current trend.

#3. Kobalt sold its catalog to the new venture by KKR and Chord

Let’s get back into the music business for a moment. One major acquisition worth talking about since it’s even bigger than the ones we are used to see coming up every week: Kobalt sold its catalog for $1,1 billion to KKR and Chord. These funds will own the tracks when Kobalt will remain the main manager of administration and sync licensing of the catalog thanks to a multi-year agreement.

KKR and Chord have been communicating on their will to keep investing in these tracks (including some of the most streamed artists today), while doing the same in innovation, media etc. The goal: bringing different industries together to facilitate the reach to the catalog they just acquired.

#4. Livestream is getting to the Consolidation stage

On the Live side of things, livestream is getting attention again. We have been seeing several of the main platforms being acquired by bigger groups (such as Live Nation or Deezer) to build real strategies. And it’s a good thing for these platforms.

According to this analysis in Billboard, livestream platforms have blossomed everywhere during the pandemic and now, it’s time to join forces (or join a bigger boat) to avoid going down for lack of revenue or a low business model. We are at the stage of consolidation for livestream: underwhelming experiences can’t hold on anymore and aren’t benefiting the field, we need bigger and more ambitious strategies, which cost money. We’ll see many interesting experiences coming up without a doubt.

#5. A report on a Roblox concert

To wrap up, let’s have a look at a return of experience from a Roblox live show. Twenty One Pilots have made their comeback on the platform and it seemed to get well. Interestingly, the most appreciated feature was the social interaction and easy access. Even if this was pretty much a promotional boost to their more lucrative in-person live show, it’s still good to get feedback on the experience.