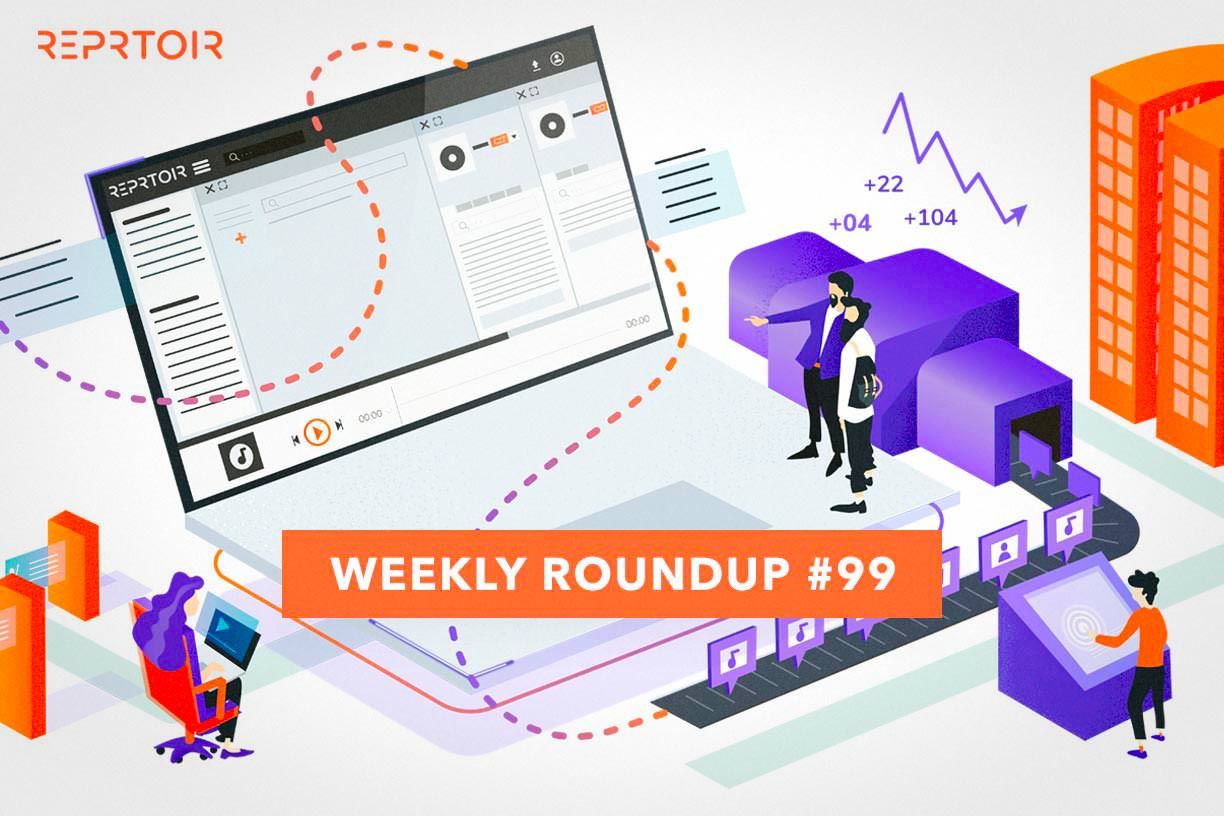 There’s no denying it, 2022 sounds promising for the recorded music industry to keep on going on the same track as 2021. From acquisition of music rights to online consumption, there are clear trends that are standing out in this beginning of year. So let’s dive into our Weekly Roundup!

#1. How could we explain the major labels revenue rise?

Last year was a year of growth for Majors of the music industry. Among the IPO, catalog buyouts and other main operations, revenue went up: “collective major label recorded music revenue will be up by 29% in 2021, reaching $19.6 billion”. So what drove such an increase for the recorded music sector?

Well it would appear that one big trend is standing out: the non-DSP payments. Meaning the platforms sending royalties for the use of music from the catalogs, such as Facebook, ByteDance and Twitch. Interestingly, the beginning of 2022 will tell if 2021 was a spike or a clear turning point from DSP to a new major stream of revenue.

As we talked last week about the UK being an important player in the music industry last year by working on streaming and the general business model issue for the music industry, Music Ally is pointing out the fact this trend might add obstacles. Working on a market study with the Competition and Markets Authority (CMA), it would be expected to ask for more transparency on the deals that are being made to include the part of artists and generally understand the dynamics there.

#2. Is the music rights market going to keep skyrocketing in 2022?

Were you looking for a rundown of all the catalog acquisitions of 2021? Say no more, Music Business Worldwide took care of things and here it is. With a little bit of analysis coming with.

Indeed, music rights acquisitions accounted for around $5 billion in 2021. And it’s still going. Considering that deals aren’t just made in a day, many may have been in the works and will be communicated along the next few months. So will it remain a global trend in 2022? Chances are: yes.

Let’s also keep in mind that John Legend kicked things off with the sale of his catalog including “All of me” in a deal with KKR and BMG. KKR acquired the catalog of ZZ Top not too long ago, so it seems like they’re not ready to give up on the strategy yet (who would be?).

Well because it’s driving revenue of course! According to the released MRC Data on 2021, catalog represented “a 24.8 percent year-over-year consumption hike in the U.S. in 2021 and accounted for nearly three-quarters of domestic listening”. Considering the fact that Social Media sensations are more short-lived on streaming platforms and that older generations subscribed to streaming services during the pandemic, it is only logical that the trend would bend towards catalog. It is still a pretty heavy lean towards catalog, one of the reasons why music rights are driving so much attention.

#4. What is the difference between the audiences of radio and streaming?

Warner just acquired the Africa-based distribution service Africori. An interesting move towards Africa, the continent that keeps attracting the main players of the music industry. Africori manages distribution, music rights management and artist development for around 7 000 artists and is considered as Africa’s largest catalog and A&R network.