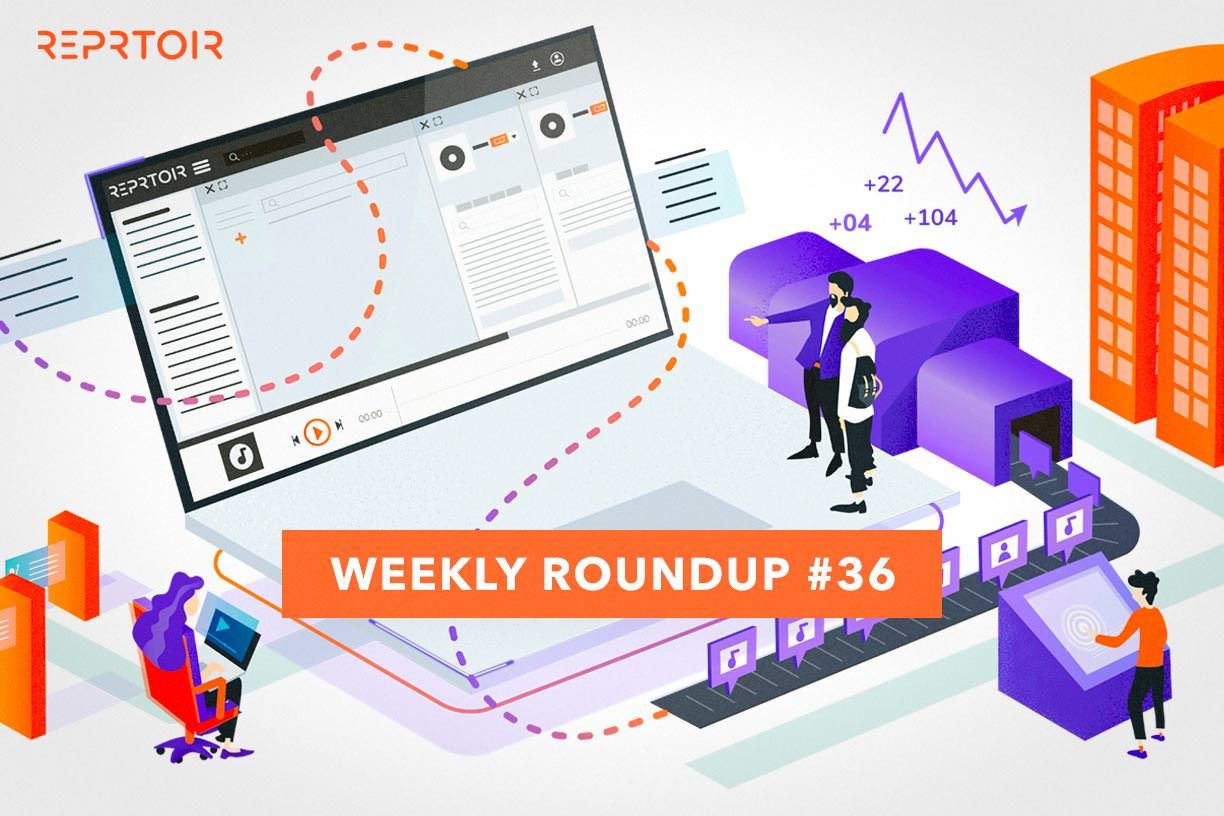 Hey all! This week has been a pretty hectic one, and since many restrictions are still being announced (such as stronger restrictions on gatherings here in France), I am again focusing on online content. Logically, digital platforms have gained a a great deal of importance in the music industry, in regards to the numbers we will share with you on music streaming.

Well, we’re confused. Last week, we told you about the fact that Oracle should be the company buying TikTok out. Over the weekend, we got news that it is actually a partnership with Walmart, which got Trump’s blessing. Therefore, the deadline for the ban and downloads' suspension got pushed for a week considering the positive developments. But, all parties have different messages to convey. ByteDance keeps asserting that they will keep full control over TikTok, while Oracle and Walmart announced that the social media app will be owned by a majority of US actors. For now, all we know is that Oracle and Walmart will buy 20% of a new company, TikTok Global. And among those statements, Trump stated that if the deal didn't include the US getting the major part of the company, he would oppose it.

To be honest, it’s fascinating to see that kind of deal being developed and changing directions every other day. But more than the sitcom-like events TikTok is going through, it has its importance for the music industry. For example, TuneCore just announced a global Freemium promotion for independent artists on TikTok , and the copyrights infringements are not stopping (seeing the number of copyright takedown notices we're at today).

If you’re willing to go deeper on the topic, and understand how TikTok became this important to our industry, here is a podcast tracing back the evolution of the app from the beginning.

Staying on the topic of big platforms, Spotify and podcasts still were in the spotlight this week. We talked about the problems the platform faced with unhappy podcasters, and this time, some staffers at Spotify want to get a right of validation before publishing podcast episodes. The will is to get into the same model in place for playlists; keeping control of the content.

Even if the idea doesn’t seem to be well received by the creators, some of the sensitive podcast content seems to have been removed from the platform. Editorial changes might be one of the main problems streaming platforms will have to tackle very soon.

As you might know, Reprtoir started in France. So we are well aware of the state of the French recorded music market here. This week the French recorded music market numbers were released, showing a stagnating industry, but a streaming on the rise during the first half of 2020. The National Syndicate of Phonographic Publishing (SNEP) released the official report, giving an overview of the market's behavior during this unusual time. Streaming has been up by 17.7% year-on-year, meaning it represented 80% of the recorded music market in France for the first 6 months of 2020. If you’re willing to get deeper into the latest numbers, here is the SNEP report.

Regarding music streaming, Qobuz, the French-based music streaming company, just raised $11.7 Million. Interesting fact: the strategy at Qobuz has been focusing on High Definition music. This official announcement arrives just around the same time Amazon Music launched a campaign to support their high definition subscriptions. Bonus for Qobuz: you can actually buy and download music on the platform.

To wrap up our Weekly Roundup, a few news about track identification. The International Confederation of Societies of Authors and Composers (CISAC) announced an improvement of the ISWC system. This evolution comes at a crucial time to help songwriters and composers to develop the accuracy of tracking music on digital channels.