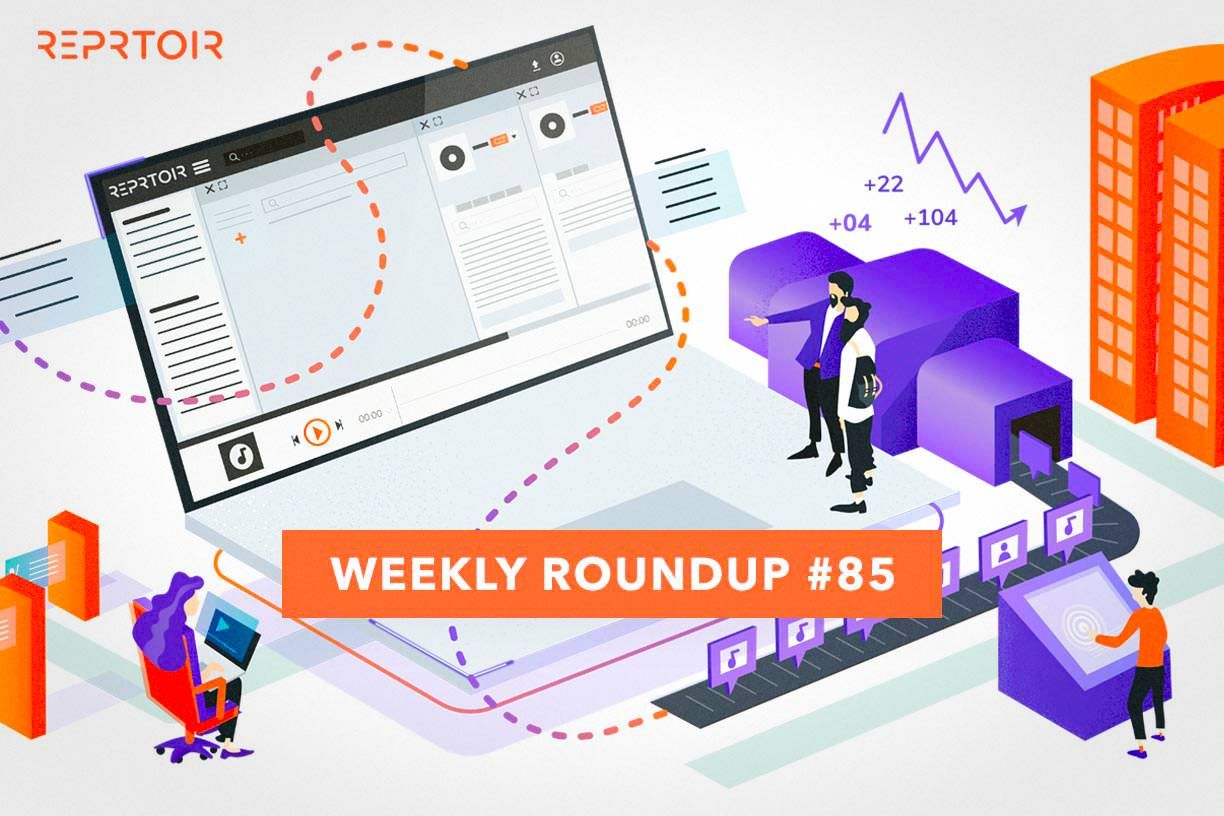 Happy Friday everybody! We’ve had quite a week in the music industry with Universal going public and streaming platforms evolving into new fields. Let’s dive in.

We’ve been talking about it for months now, and here we are: Universal Music went public this week on the Euronext Amsterdam exchange. The company set the valuation at $39 billion, making the price per share around €18,50. And it quickly changed from the moment it started.

And it was for the best. Of course when this happens, the market tends to react in a pretty big way. At the end of opening, Universal was valued at $54 billion, with shares rising to € 25,25 each. Even if the market will regulate itself in the following days, it still remains impressive. Warner Music Group peaked as well when they went public, but not as high.

All in all, for Universal Music Group, this means that ownership, the Board, is changing. Vivendi only owns 10% of the shares right now. The Tencent-led consortium has around 20% of the shares, the new investor Pershing Square Holdings Ltd will own 10% as well. Although 18% will remain with Vincent Bolloré.

#2. Could Twitch be signing licensing deals?

This could be good news for the music industry and platforms; Twitch is likely to finally find common ground on publishing rights. The National Music Publishers’ Association (NMPA) seems to be close to signing a licensing agreement with the platform, notorious for refusing to sign these deals. The NMPA had already been in this feud with YouTube before, and is now after Twitch, which has no liability to broadcast music on its platform. It has been a recurring issue during the pandemic, considering the impressive rise of music content on the platform. Twitch stated that their business model was more profitable for artists and creators than plain royalties distribution, but it looks like they are getting around the idea of paying for the broadcasted content after all...

#3. Is ByteDance looking at going into music streaming?

Speaking of this kind of rising platform, TikTok’s parent company ByteDance is setting us up for a treat; could there be another streaming platform arising from one of the most important companies in music right now?

Since the Chinese government decided to end all exclusive deals for Tencent Music and a market of streaming still evolving in China, could it be the best time to do it? It seems like ByteDance could be trying to take advantage of the situation and possibly launch its streaming service (even though Tencent Music is holding the majority of the cards for now).

#4. Nothing will happen after the UK Inquiry

Let’s stay on streaming for a bit. Remember all the noise happening in the UK during last year with hearing of the major companies of the music field and artists supporting #BrokenRecord campaign? Well, all of this won’t have any legislative impact.

Yup, the response from the UK government was to let the Competition and Markets Authority (CMA) decide while the latter stated that they needed direction from them. Basically nothing will actually be put in motion. And if we push the logic even further, this would require a global movement, not only in the UK. So how do we get from this situation to a global change? Music Business Worldwide went into the details of the (non) decision making, enjoy yourself!

Saving up a bit of easy fun for last, the latest report on music consumption habits in younger generations just came out. If you’re looking to target these audiences, maybe take a look at these for inspiration!