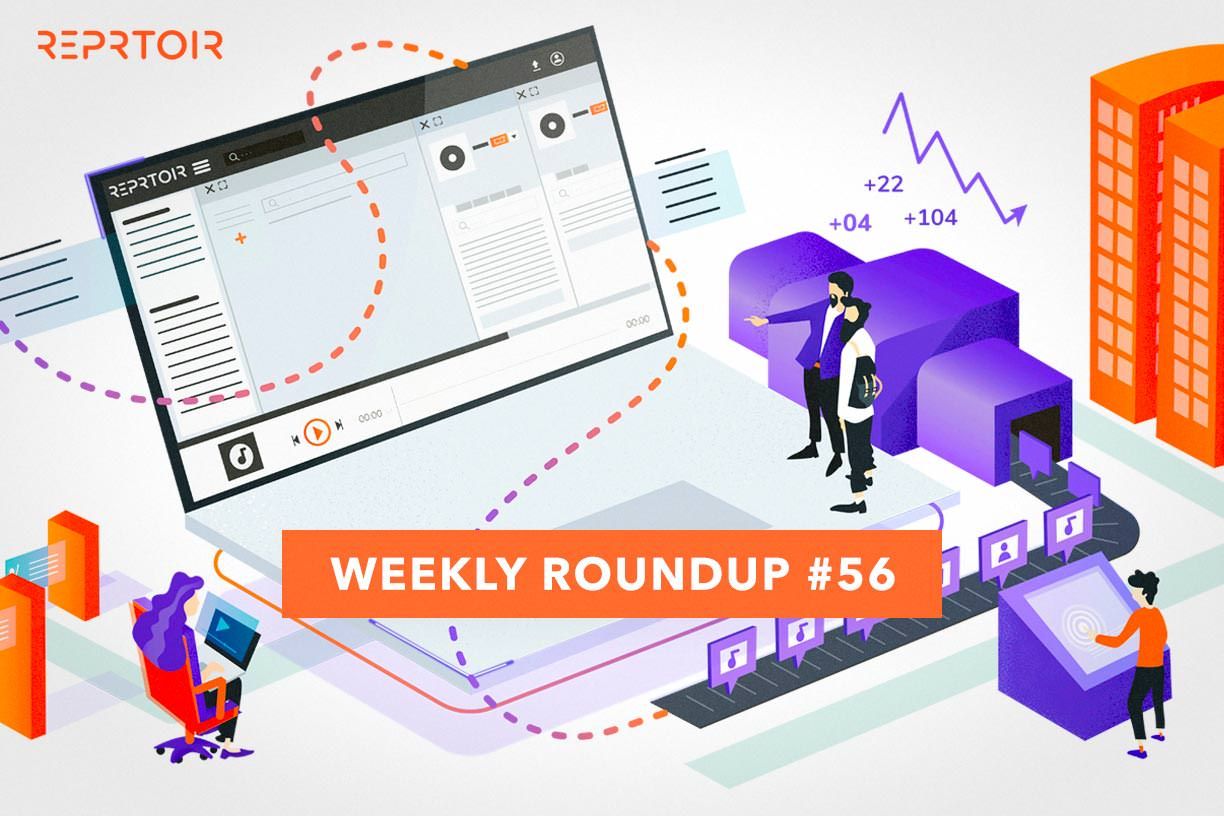 This week has had its share of announcements regarding music streaming, music rights and content management. So, apart from Daft Punk ending their duo (rough start 2021), what happened in the music industry’s way to broadcast content?

Let’s start with an obvious statement: lockdown has created a big push for entertainment content consumption at home. The biggest increases would reside in audio (and especially audiobooks) and games. You’ll get an overview of the situation right here by MIDiA Research.

A few takeaways worth keeping in mind: although the current situation implies that we are staying at home, spending more time (and money) on these accesses to entertainment, this level of attention is likely to diminish after being able to move around again. Companies will need to adapt and anticipate these changes to come. In addition, regarding the impressive rise of audio content consumption as a whole, music companies are starting to consider themselves as audio companies (and rightfully so).

#2. Spotify is growing its offer

It would have been rough to avoid hearing about Spotify this week. Let’s start by a fact showing the increase of online content: over 60 000 new tracks are released every day on the streaming platform. That’s about one track every second. Every day. If we’re speculating a bit, that would mean around 90 million tracks available on Spotify by the end of the year. The issue of discoverability in an ocean of content isn’t going anywhere.

Spotify is not only getting more content, it’s also covering more ground by expanding to 85 countries. Even if Apple Music is still first with more than 160 countries covered, Spotify is filling the gap bit by bit, targeting Asia and Latin America among others.

Finally, be aware that Spotify is also launching its own Hi-Fi audio subscription option, to deliver lossless quality sound (understand CD quality). This is following steps taken by rivals (including TIDAL, Deezer and Amazon). Although this is great for the subscribers looking for high-quality sound, let’s not forget that it doesn’t only depend on your audio delivery, but also your equipment. No definite price has been communicated for the add-on (but we’ve heard about a potential paid-subscription for podcasts being tested this year).

#3. Twitch's way of dealing with copyright

Speaking of streaming, I hope you’ve seen Metallica’s livestreamed closing performance for BlizzCon. Twitch Gaming was broadcasting the concert, but doesn’t have the copyright for Metallica’s catalog. So, to avoid retaliation from the notoriously regarding band, they covered the music with Zelda’s soundtrack. The result is… completely out of place, difficult to describe. I’d advise you to just watch here.

#4. The business model of streaming

On a bit more serious note, streaming has been discussed in the UK this week, during the Inquiry with the Parliament and the majors. A few basic questions were asked about potential changes in the business models in place for streaming. You can get a few takeaways here. These were submissions, as the final hearings are happening with the UK Parliament.

Well since digital streams of revenue are the main ones today, artists have been developing new ways to monetize their music creations. First of all, we’ve seen a major advantage in using platforms allowing direct connection. A great example is Patreon, a platform many artists (here electronic) relied on to release new content and used to connect with their fans. New ways to connect, bringing fanvases closer and closer is also an advantageous way to gather data, allowing to precisely segment their fanbase and ultimately monetize it. If you’re looking to go deeper on the topic, here is an interesting analysis of the potential residing in Fan Data.