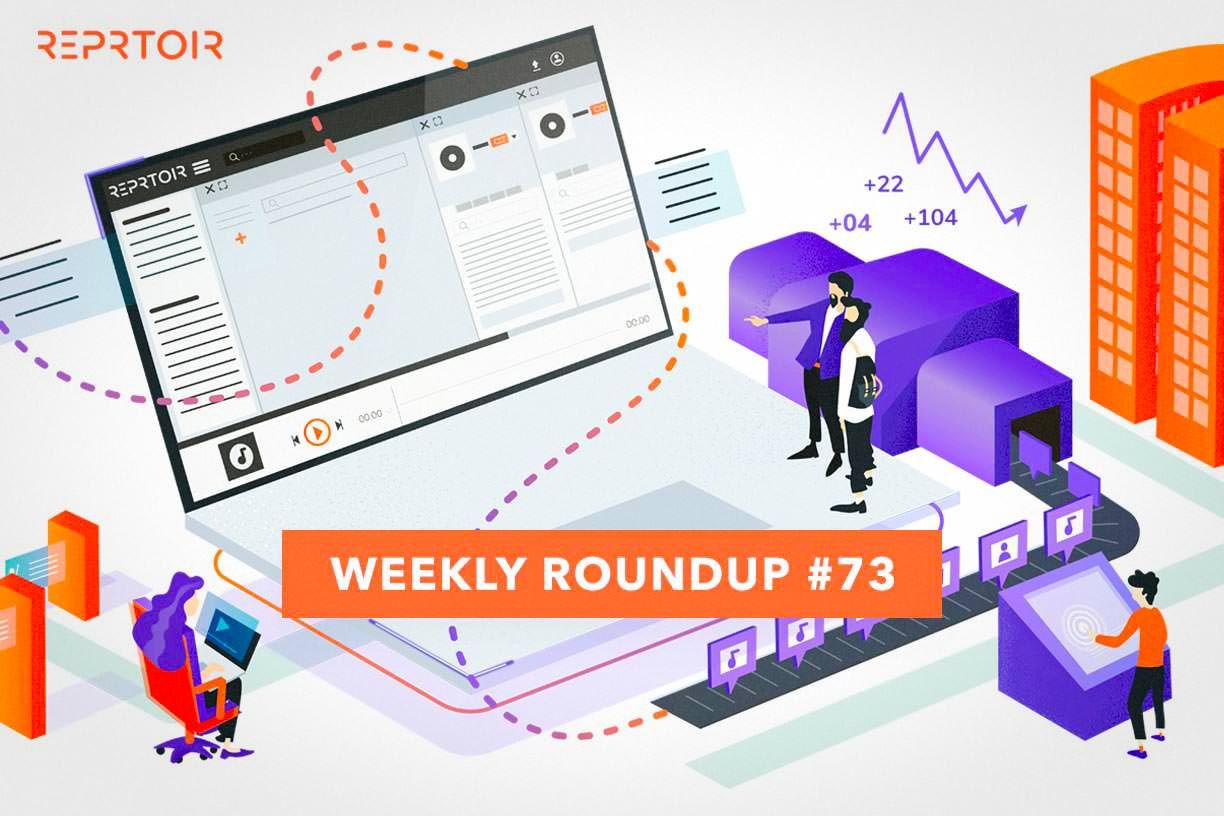 Happy Friday! We are back for a new Weekly Roundup and this week has been pretty interesting regarding the new streams of revenue for the music industry. Yes music streaming is the main topic for new regulations and business models, but the real challenge is to find the right strategies to get revenue and monetize other platforms such as Twitch or Bandcamp, through NFTs or following up on major acquisitions. All things considered, maybe managing and maintaining communities should be your focus rather than streaming distribution.

#1. The trend from streaming to communities

This week was released an article by MIDiA Research, regarding what Mark Mulligan calls “the paradox of the small”. What does that mean? Well, to highlight the main takeaways (but I would advise you to take a few minutes to read the article in full): during the last few years, the streaming revenues kept growing, despite the pandemic. But it also appears that there are way more artists feeding off these platforms in the music industry. And even if the number of streams can seem high, the revenue is generally not (except for the happy few).

This started a trend that is growing bigger and bigger: artists are now monetizing communities, fanbases and their online presence through many other platforms (think Twitch, Bandcamp, Splice…). It’s not enough that we are talking (and for now, only talking) about repositioning the music streaming business model, these royalties won’t make a real change for the majority of artists. Conclusion: record labels, music publishers, helping building communities for your artists is the way to go to help them get a revenue out of their work.

A good example of the phenomenon is this article in the Seattle Times: artists are focusing more on Twitch than their presence on the music streaming platforms. The few artists mentioned in the article deployed well-crafted strategies to build and maintain their online fanbases through these platforms. A good way to get into the mood and start taking the right tips to your artists!

In Japan, the music streaming industry has seen an important growth; around 128% year on year growth, generating $133.4 million in revenue in the first quarter of 2021. In the meantime, ad-supported streaming grew as well, by 109% year-on-year to $5.6 million in the same period of time.

Not even 6 months after the acquisition of AWAL, Sony announced this week that they have bought the majority stake of Alamo Records. Alamo’s roster will be integrated in Sony, bringing the team into a creative mission, developing the label at Sony.

#4. Is selling Jay Z’s Reasonable Doubt possible after all?

Maybe you’ve heard about it lately, one of the owners of Roc-A-Fella Records was planning on selling his share of one of the first albums by Jay Z as an NFT. And it didn’t sit well with the co-owners, claiming he can’t sell the content he doesn’t fully own.

Damon Dash, the willing seller, claims the two other owners misinterpreted his intention: he’s only willing to sell his own shares through NFTs. Despite the feud between the three owners, this shows how difficult it is to deal with blockchain and the NFT trend; we don’t have any regulation and no definite rules. Managing music rights was already pretty hectic, it’s getting even more opaque when it comes to new streams of revenues, just like blockchain.

#5. Spotify is working on podcast discoverability

Let’s wrap up with another acquisition: Spotify is now the owner of Podz, the podcasts recommendation platform. After making a real effort on buying several podcast studios, creating a solid offer and even starting Greenroom (their Clubhouse-like platform), Spotify keeps developing its strategy to take on the podcast market.