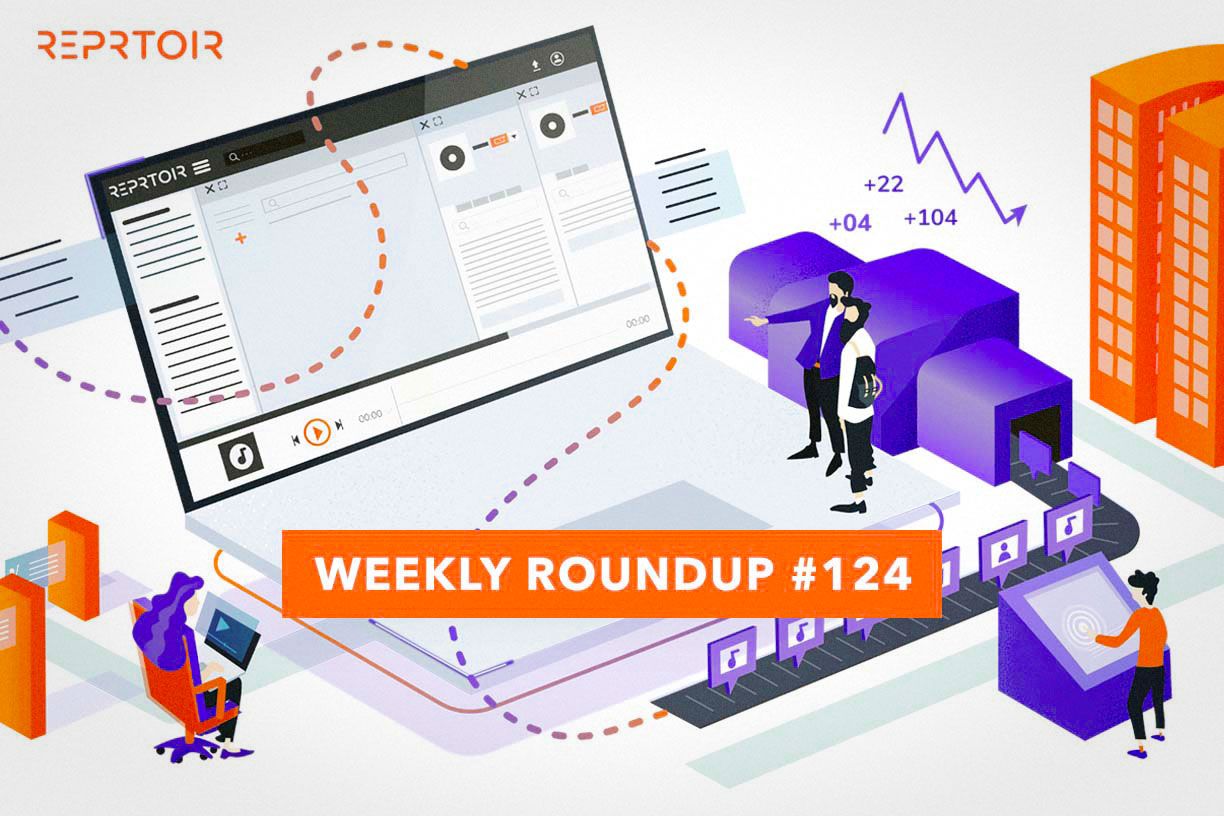 Well it’s been a minute since we got together for a Weekly Roundup! I hope summer is going well and strong for all, and we'll remain here to give you the main news for the summer so sit back and relax!

#1. Meta and the music industry

Facebook’s parent company Meta has been facing some difficulties with the music industry lately. First, Epidemic Sound filed a complaint against the group for copyright infringement. The core problem being the fact that the group allows users of Facebook and Instagram to separate sounds from images in videos so they can generate new content. Making Meta the beneficiary of revenue generated through these contents. Without a license. Obviously it doesn’t sit right with Epidemic.

Shortly after came the news that one of the biggest publishers of the global music industry was having issues with Meta. Indeed, Kobalt has not renewed their agreement for catalog licensing with Meta because of their inability to settle on satisfactory terms. This isn’t a small disagreement either; Kobalt accounts for approximately 40% of the Top 100 tracks and albums every week in the UK and the US.

Well, right after this pretty bad news, Meta announced that they will be sharing music revenue with creators on Facebook. Basically, now all user-generated content will include a percentage dedicated to rights-holders. According to them, this is the first time a Social Media platform sets up such a deal.

Music Business Worldwide has been going over the announcement: 20% of the revenue from music will be given to the creators themselves (as an incentive to use licensed music) and the remaining 80% is to be split between Facebook and the rights-holders (although we don’t have much details yet). To keep in mind: this only affects Facebook, for now Instagram is not part of the new revenue model, and it is only regarding UGC, not official music videos on Facebook. The features are to be unrolled in the US first and progressively around the world.

Speaking of better remuneration, Warner Music Group is officially the first Major to now receive “fan-powered” royalties by SoundCloud. Also called “user-centric” this model bases remuneration for artists on the number of streams per user, instead of a global pro-rata. Today, studies are showing that this model shows great promises, especially for emerging artists, for a fairer remuneration.

This could be opening new opportunities for the music industry. Additionally, the issue of remuneration of artists is even brought up to Congress in the US, by Rashida Tlaib in collaboration with the Union of Musicians and Allied Workers, asking for a reform on royalties.

On the other hand, music streaming is still going strong. The streaming service added 6 million net Premium subscribers to its user base in Q2 (so the last 3 months before June 2022). It is good news considering the fact that other services are losing a lot of their user base, such as Netflix losing hundreds of thousands subscribers. If you’re willing to get a little more details on how Spotify keeps up in good health, head down to the MBW article on the matter.

#4. Are we seeing the limits of subscription models?

All this talk about streaming models and remunerations begs the question: are we saturated by all these subscriptions? Sure the model of ownership, limited to only a few contents rather than full access is done but it’s still spreading to other themes (such as heated seats in BMW). So many subscriptions are piling up in a difficult financial context, and new options related to the notion of investment are becoming more and more attractive (NFT to only mention one).

#5. The advantages of a record label

To wrap up our article of the week, a quick look at the record labels for emerging artists. Even if there has been some bad press, record labels are full of advantages and their model is changing to adapt to the needs of artists, offer new opportunities and basically be a reliable partner.