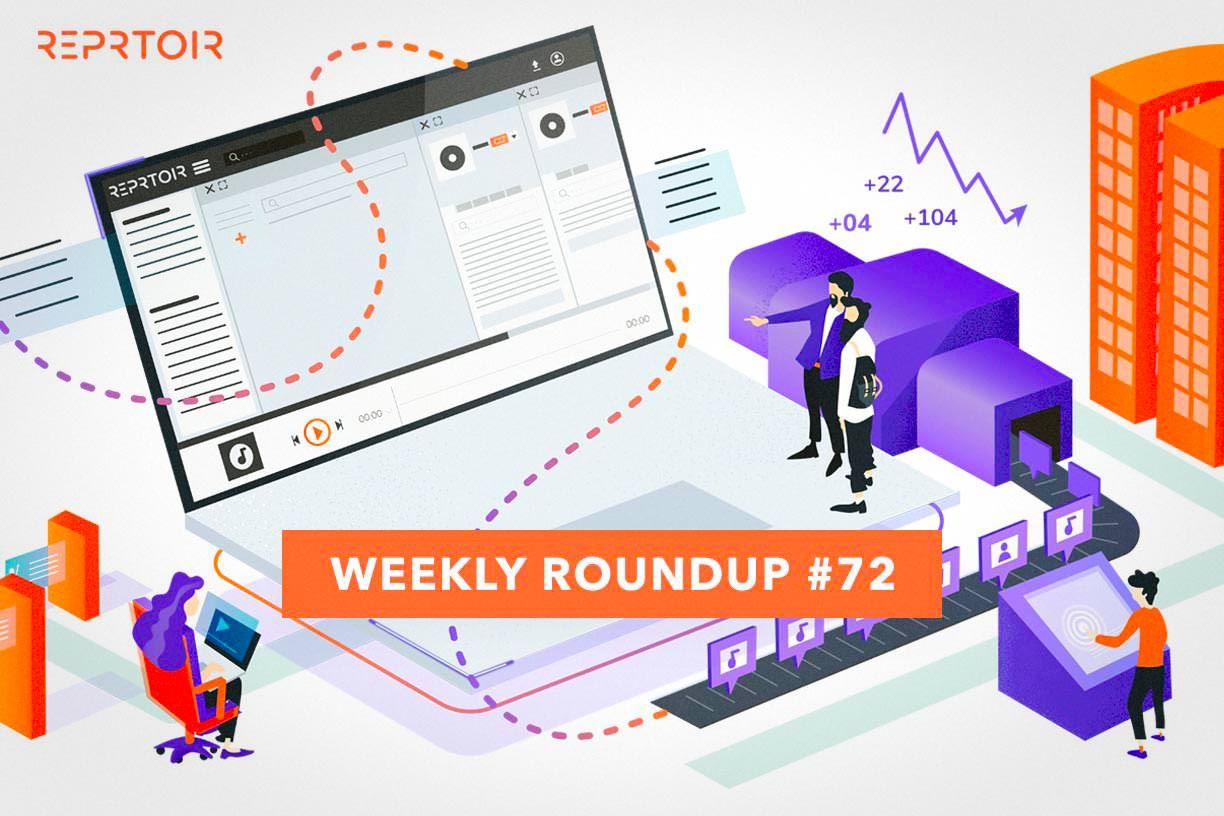 Let’s start with a new Weekly Roundup! This week, in the music industry, rights have been studied, behaviors have been looked at and new features have been unrolled. Let’s dive in!

Let's start fresh with interesting data coming from MusicWatch on music discoverability. It appears that streaming platforms are taking the larger part in discoverability means for users, according to the study conducted by the consumer research firm.

A few takeaways we wanted to highlight: while radio and sales are still relevant for the discovery of new artists, it looks like streaming is the biggest activation. Both music (through playlist for example) and video (much more time was spent by users watching content, thus hearing new tracks).

More than the means of discoverability, the behavior of the audience changed as well. Discovering online, users are more likely to go deeper into an artist or a band’s discography and universe. This can translate into research and re-streaming for example.

There is more data to take a look at if you’re willing to know more about discoverability and audience’s behavior, summed up by Billboard!

#2. What the Roblox lawsuit could mean

Last week, we talked about the fact that Roblox was being sued by the National Music Publishers’ Association (NMPA) for failing to pay rights holders. During the week, Roblox answered the lawsuit by saying this accusation came from a deep misunderstanding. Obviously, music publishers aren’t keen to go with this version.

So what is causing the problem? See, right now music is being used on the platform. Not only for the big livestream shows that are being hosted on the platform, but also by creators. Since music publishers aren't receiving any payment for this use, they’re claiming that they're entitled to rights. But, Roblox is not technically offering music to users and is following the DMCA requests for takedowns and is claiming that they’re generating revenue for the industry. Which is true.

As MIDiA Research explained pretty clearly; we’re entering a new era of music licensing. Roblox is not focusing on music consumption, but on building communities. This looks like what could drive the future of the music industry, but we’re still blurry on the details like, you know, music copyright. This is why the case of Roblox could be interesting to follow (which we will definitely do).

Let’s stay on music copyright for a second, because Roblox isn’t the only one having trouble dealing with them. Twitch is also still facing issues.

This week was streamed the E3 (or Electronic Entertainment Expo) and while Microsoft bought the rights to use the music copyrights for a year, Nintendo didn’t. Twitch is then caught in the middle, with the same issues of potential copyright infringement, since the platform is not willing to strike licensing deals with music industry players. This has already caused a few major streamers to leave the platform for another, since soundtracking creations is becoming difficult for those who stream regularly.

In other news, catalogs are still very hype. Hipgnosis just raised more than $200 million (again) on the London Stock Exchange. More acquisitions might then come for the investment fund, still looking to improve their catalogs performance. In the meantime, Warner Music spent more than $100 million on David Guetta’s recording catalog.

#5. Spotify is after Clubhouse’s concept

In the beginning of the year, Spotify acquired Locker Room, an app that had the same Room functions as Clubhouse. They rebranded the concept and are now launching their new service: Spotify Greenroom. This will be focused on Culture, Music and Sports, through an audio based service. For now Spotify Greenroom is a stand alone app, we will have more details on how Spotify will integrate the features in its service later.