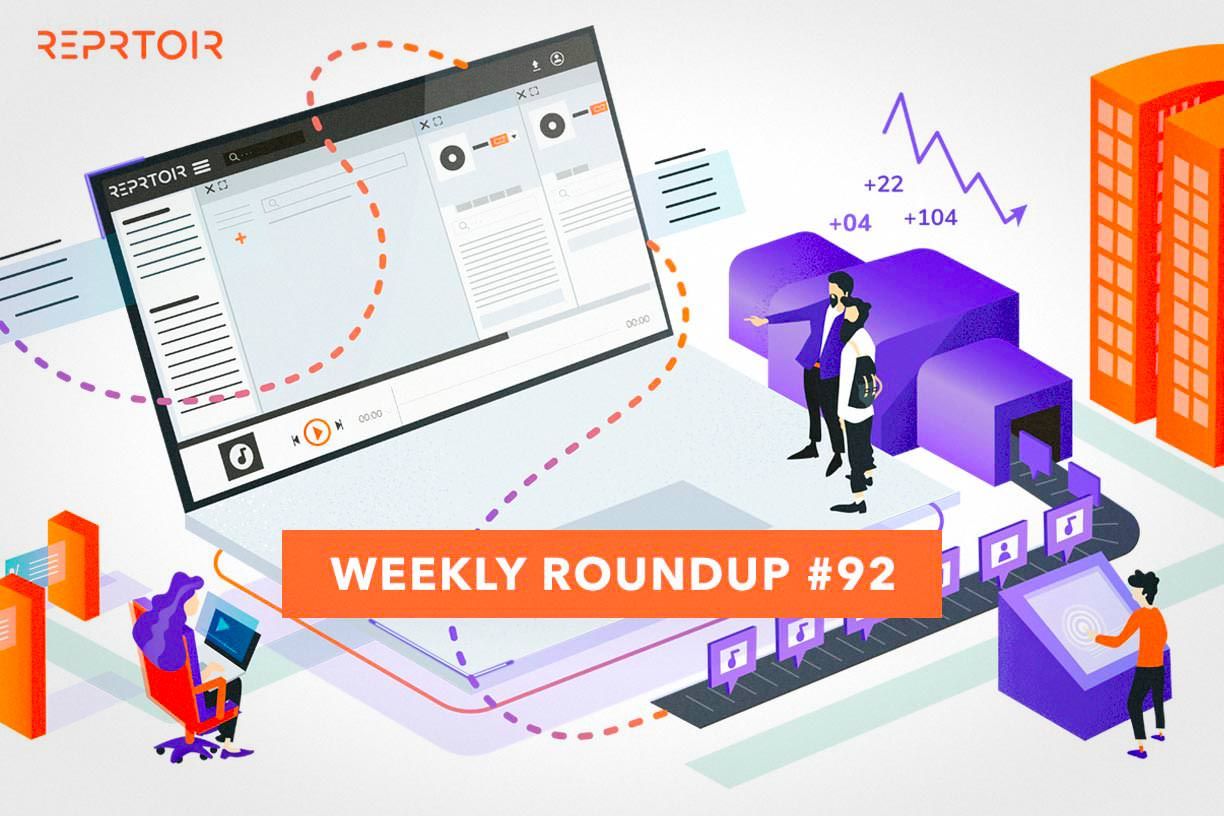 Between investments in innovative solutions and new business models, it can sometimes be a bit confusing for music rights follow-up. Let's see how that worked out this week.

Let’s start with Warner Music Group (WMG) because we have a lot to cover on that front. First things first: their quarter is once again above $1 billion in terms of recorded music revenue. All details on the various streams of revenue are detailed in the Music Business Worldwide article this week.

But, an interesting takeaway is the fact that digital revenue (that is to say music streaming and legal downloading) increased by 19% since the last quarter (end of September), reaching $807 million. These numbers are reflecting the importance of new digital platforms such as TikTok and new consumption habits developed through ones like Facebook. Now, the executives at WMG said they’re looking at working out new innovative strategies to consolidate their leadership.

So let’s talk about the next moves Warner Music Group seems to be making. We’re not the only ones wondering considering the tons of articles dealing with this matter. Billboard pointed out their focus towards the Metaverse, now that streaming has been managed as a reliable resource. Since a few operations went well with Warner’s artists on Roblox (with Twenty One Pilots for example), it only makes sense that they would pursue it.

And they are; new investments are going towards gaming. After success with Roblox (since WMG took a minority share, the price practically doubled), they are now taking part in another funding round for the company called Forte. The platform is a place for developers to work with blockchain-powered economic features, while staying in the gaming field. Logical next step after their acquisition in Blockchain and Gaming after. And they’re apparently not done since Warner announced to their investors that they are raising around half a million dollars to invest (but we don’t know what for now).

Finally, one last thing; Warner Music launched WMX. A service for artists and brands, offering services such as commercial inputs, marketing strategies or creative content. This branch should be there to support all new strategies through new platforms’ investments.

#3. TIDAL is changing its model

Let’s change the subject and move on to TIDAL. It’s been a while since we talked about the streaming platform (since its acquisition by Square Inc., the company owned by Jack Dorsey, CEO of Twitter probably).

In any case, TIDAL is launching its user-centric model for royalty payments in addition to a direct-to-artists payments option. The catch: the offer is $19,99 a month for a HiFi Plus subscription. In the mix, they’re also throwing a free-tier, so users can try the platform out. So we’re about to see some major changes in 2022 when TIDAL rolls out its new features.

#4. Can music rights act towards the digital transition?

Talking about all these new opportunities through gaming and platforms, it raises the question: how are music rights going to keep up? We’ve been covering these new types of revenue like UGC (user-generated content), Twitch going after tipping and other business models than plain royalties etc. But it is also about the fact artists and more generally creators can now monetize their communities through various means. Now the challenge will be to inject enough into these considered secondary streams of revenue by professionals for now to drive the transformation. Here is an analysis of the trend by MIDiA Research on the topic.

As a quick follow-up to wrap our week, a word on songwriters royalty rate currently being debated. We talked about it in our previous roundups, and apparently all these back and forth might not lead that far. Here are a few key points to understand how the discussion is set up.