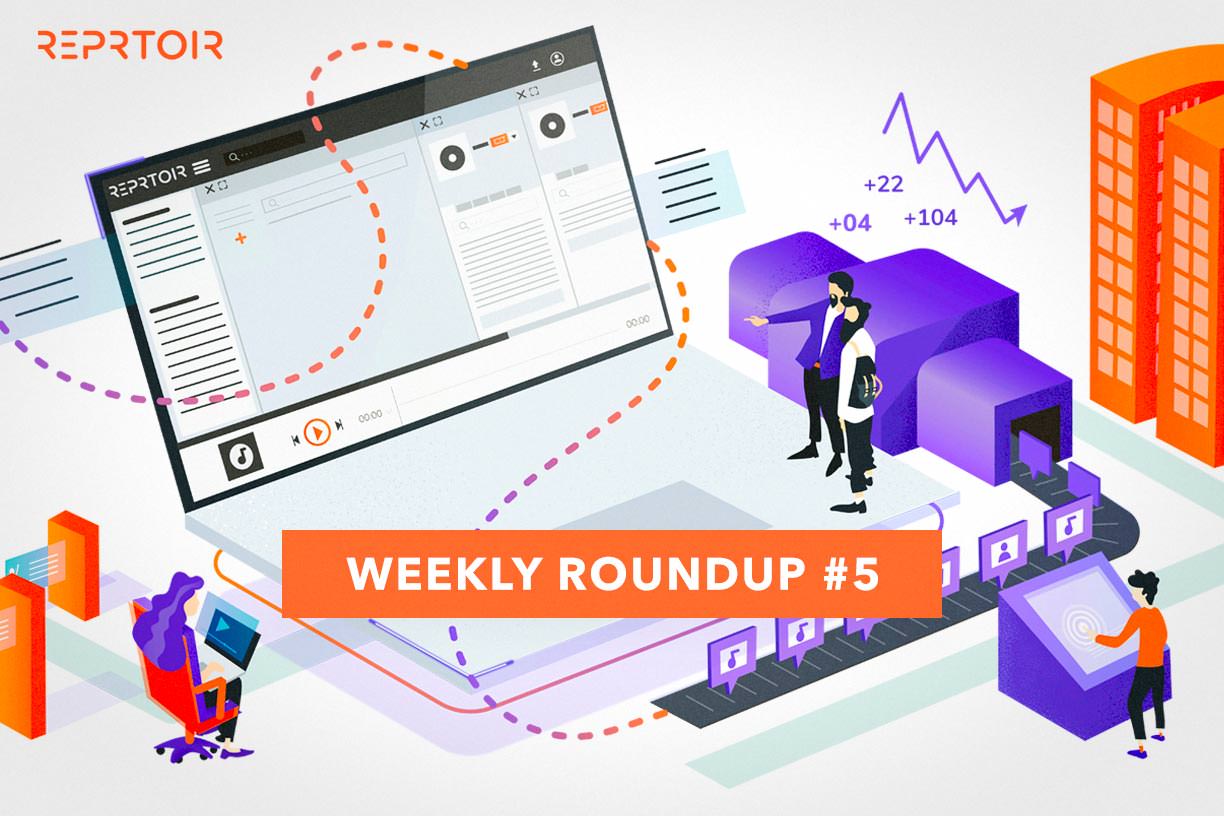 This Weekly Roundup, I wanted to take a look at a few analysis of the growth of music market. After the avalanche of numbers at the end of the year (See: The beginning of year's numbers - Weekly Roundup #4), it’s time to take a quieter look at things.

Of course, we’ll discuss streaming services and the main actors. But a lot is happening, showing again the renaissance of the music market. So let’s do a quick roundup of what happened this week.

UPMG just presented their new high profile software for creators: Window. On that platform, artists will be able to track their informations and where their royalties are coming from. The promise is to give an overview in real-time. Adding up to this, the major announced they would be allowing advances upon request, without any fee.

Let’s see how many actors will use the service and how long it will take to be fully efficient, but this seems like a good decision for artists.

Shortly after Warner Music Group, Universal Music Group announced their own IPO. Mark Mulligan took a look at what it could mean for the music industry and how these decision might be a sign of the majors anticipating a curve.

A good takeaway of these approaches is that it gives evidence of investments slowly coming back to the music industry. It is now about anticipating what comes after the streaming.

#3. Who gave the most to the music industry last year?

A long analytic article on Music Business Worldwide dives in YouTube’s announcement saying they gave $3 bn to the music industry this last year. A few calculations to establish if the number is high compared to other music streaming services, comparing members and amounts. Take a look and see for yourself if this declaration can have an impact!

#4. Streaming services: who’s the most profitable?

Looking at the last released numbers, Pandora would appear to be the second most used streaming service, in front of Apple (in terms of number of users). But a lot of details are not shared by the platforms: how many are paying customers? And if so, which subscription did they chose?.

Since Pandora is owned by Sirius XM, and only operating in the US, it is difficult to know who is actually the most profitable. But Spotify remains ahead.

The latest streaming service after Spotify and Apple to include live sessions to their streaming service: Deezer. The French streaming platform hosted an invite-only live session this week and will put all recordings on the platform. The topic of allying live and streaming is not new, extending live stream is a good start.