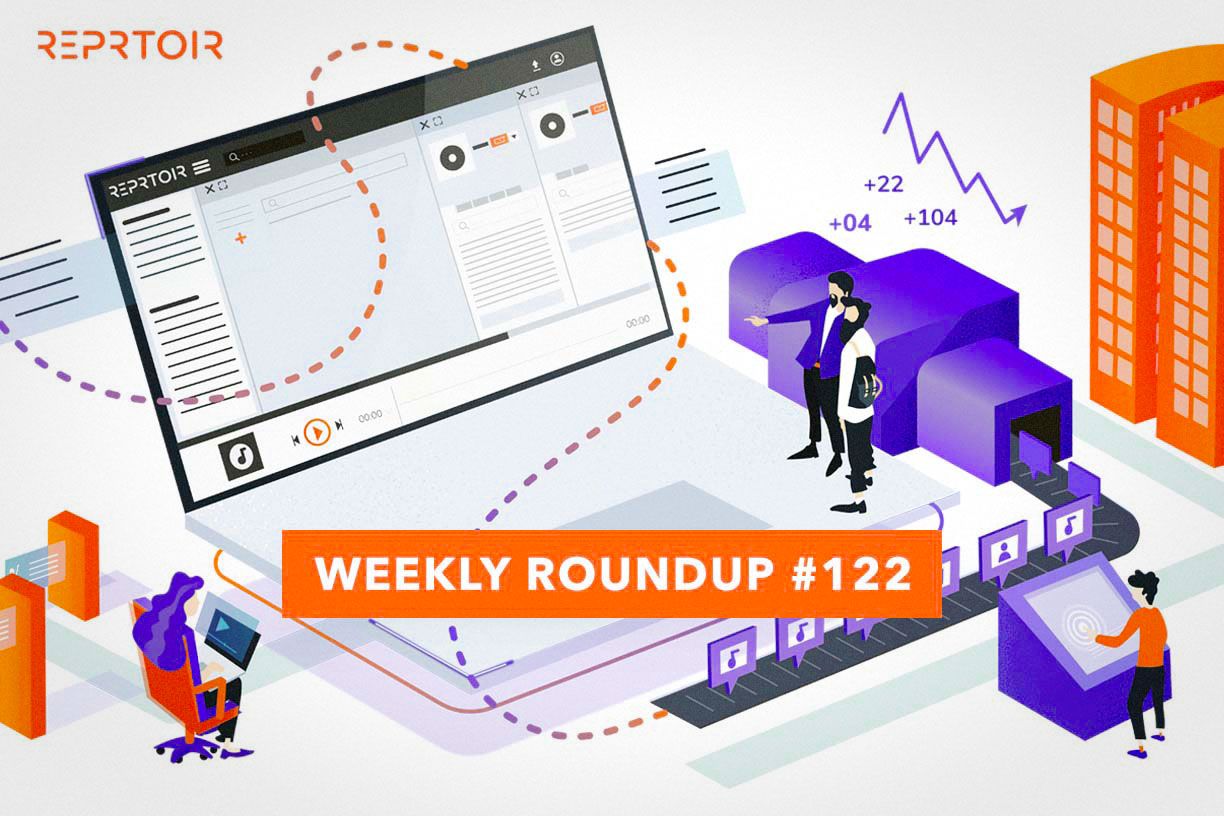 This week has been interesting in the sense that a lot of trends we noticed before are keeping up. From the music industry itself to its connection with others, let’s dive into our Weekly Roundup.

#1. What’s happening with the royalty rates in streaming?

Maybe you’ve heard about the Copyright Royalty Board (CRB) making its way to revisiting some royalty-rates related to streaming. It’s been about a year of negotiations and discussions about the royalty rates for streaming platforms. The songwriters' royalties are the ones at stake here.

The main issue is evidently the fact that the increased rate (15%, the decision was made by 2018) is being contested by the digital streaming platforms. The ruling should be given very soon, but the latest news reside in the fact that this ruling would be retroactive and the platforms asked for a delay regarding the previous payments to complete (and it seems like it won’t be granted).

Well this kind of headline sure gives us a feel of 2021. We’re talking about TikTok’s ban from the US (again).

This time, it’s the FCC (Federal Communications Commission) Commissioner Brendan Carr who is requesting Apple and Google to remove the app from their stores altogether. The reason: after articles came out claiming that ByteDance (TikTok’s owner) had regular access to private US users’ data, the FCC decided to take action and block the access. This was the first reason that had been mentioned as a ground for baning TikTok from the US territory.

#3. Are brand partnerships the next big thing we should consider?

It is true that during the last couple of years, brand partnerships have been rising. These operations seem to be evolving; of course on the artists’ side it’s a way to monetize their visibility (mainly), but for the brands, the strategies are changing a little bit.

It seems like now, for the brands, it’s all about the best experience possible rather than the most famous creator. Again, it’s community over fame. This is one of the reasons why music artists are well positioned to make these operations work; creativity is key and so is community.

Pushing things even a little further, record labels are now in a strong position to work on these new deals, just as this article in Music X shows. More than branded operations, it’s access to the community itself: data to better understand and target prospective customers. So maybe brands are getting closer to well structured organizations now, rather than independent creators? In any case, it’s worth taking a look at the opportunities rising today! And what better way to prospect than the Music Sharing solution from Reprtoir?

#4. How is Latin music growing?

Fast, or even very fast. The music genre was already a strong segment for the music industry, but it is working its way up again and again. At a moment when a lot of investments are being made in the music field (the catalogs, mainly), it’s always interesting to take a look at the numbers. Latin music has the potential to reach up to $1 billion in revenue, only for the US this year. Last year, it ran up to $886 million in the country and the numbers keep rising.

Frank Zappa’s recordings, publishing catalog, film archive, and the complete contents of The Vault have now been acquired by Universal Music Group. No amount for the deal has been disclosed, but the volume of works that the Major acquired is impressive. UMG stated to be willing to “build on the company’s already successful track record of working with the Zappa Trust to amplify Frank Zappa’s career”.