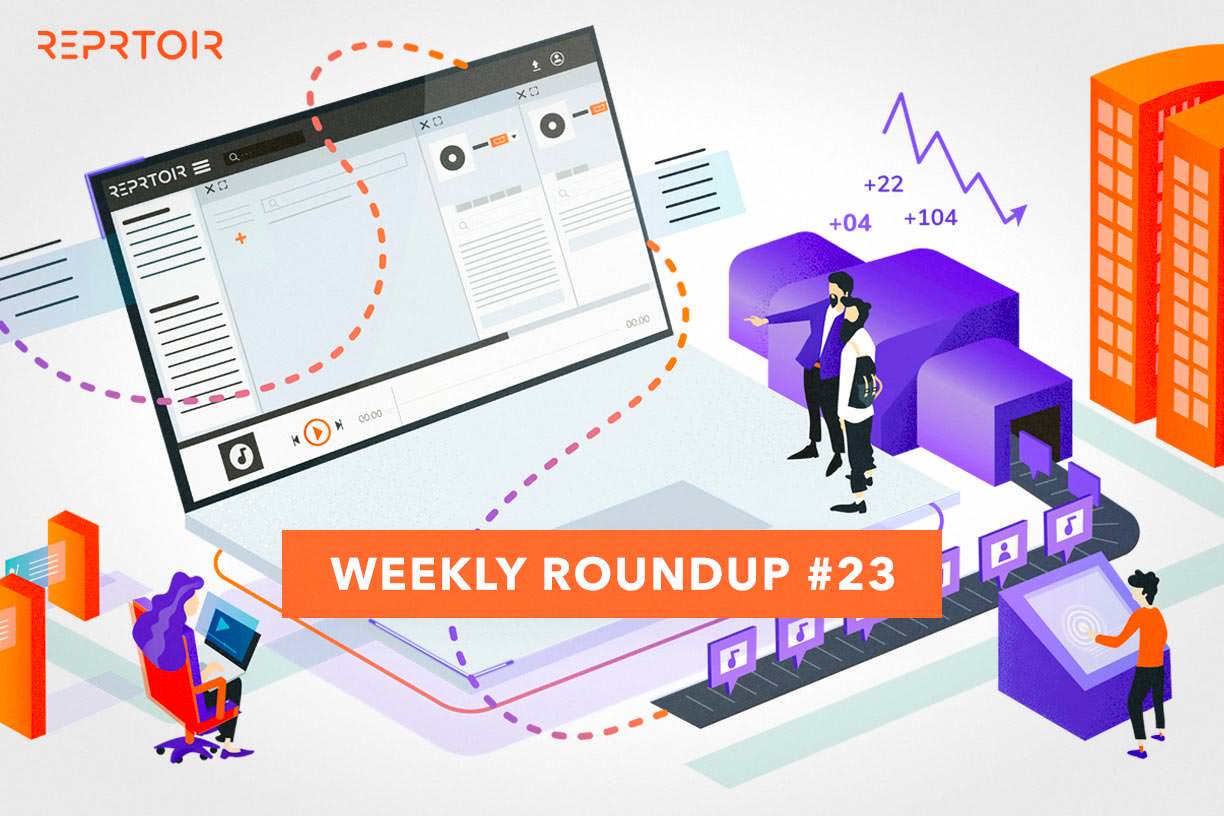 Hey all, I hope everything is going better! We have been taking a look at the music industry changes this week, to realize how much habits are changing. Between Spotify and TikTok’s big numbers, many usages are evolving for the public regarding online music and live shows (or livestream). So for this Weekly Roundup, we will talk music economy and business, new consumer habits and market numbers. The music economy is changing and models are being rethought, let’s follow it closely!

#1. The state of music streaming economy

It is no surprise that lockdown speeded the digital transformation of music listening. Streaming platforms saw a rise of paid subscriptions when physical distribution was at a full stop (and permanently impacted by the crisis). Numbers for the first quarter came out regarding music streaming services. The most popular is without a surprise Spotify, followed by Apple Music. Although Amazon Music is having a better evolution than Apple’s service. Youtube Music is also doing better than expected.

Perhaps the most interesting part of these numbers, the type of users on the platforms have also been studied. While Spotify and Apple Music remain the most popular across all generations, younger users mainly go for Youtube Music while older generations are more in favor of Amazon Music. If you want to get more details on users of streaming services, here is the summary with numbers!

On the topic of streaming, it was difficult not to hear about Spotify this week. Mainly because the company just doubled their worth in 3 months. This impressive growth is (partly) the result of the massive investments made in podcast. Considering this content doesn’t require royalties (like music, tracks), the margins are better for the platform. Although some tensions have risen with music industry actors considering that the most popular music streaming platform is steering listeners towards non royalties generating content.

Which is not surprising since Spotify defines itself more as a multimedia company now. Going in the same direction, the platform is supposedly also expanding towards video streaming content to complete their arsenal.

Another company willing to make money while staying close the music economy is TikTok. The rise of the social media app has been impressive, all the more during lockdown. For this year, the company was aiming for $500 million of revenue, only in the US (compared to $200 – $300 million of revenue generated worldwide last year).

But since lockdown badly impacted marketing budgets, they decided to open up the platform to ads in US and Europe, directly put in motion by advertisers themselves. Since music is one of the key components on the platform, many actors are now looking to start marketing and promotion strategies on the social media platform.

Moving on to another topic, music publishing has been through some changes! Especially regarding the landscape, a bit transformed by the numerous acquisitions by Downtown Music. We have some news from Downtown again.

Mike Smith, currently Managing Director of Warner Chappell Music UK, will become the Global President of Downtown Music Publishing in September. Bringing Mike Smith on board is aligned with the goal of making Downtown Music Holding present on every aspect of independent music. And it seems like they are not done expanding!

#5. Live music economy’s necessity to get back on track

To finish on a different note, the live industry is still looking for ways to start their business again. According to a study realized by the platform Skiddle (discovery and ticketing platform in the UK), the public is counting on going back to live events in 2021 if not sooner.

The live industry needs to find ways to keep afloat, but the main issues reside in the lack of support and sanitary guidelines to follow. It is still too complicated to plan and anticipate the next physical shows. In the meantime, we can only advise you to take a look at livestreams until then!