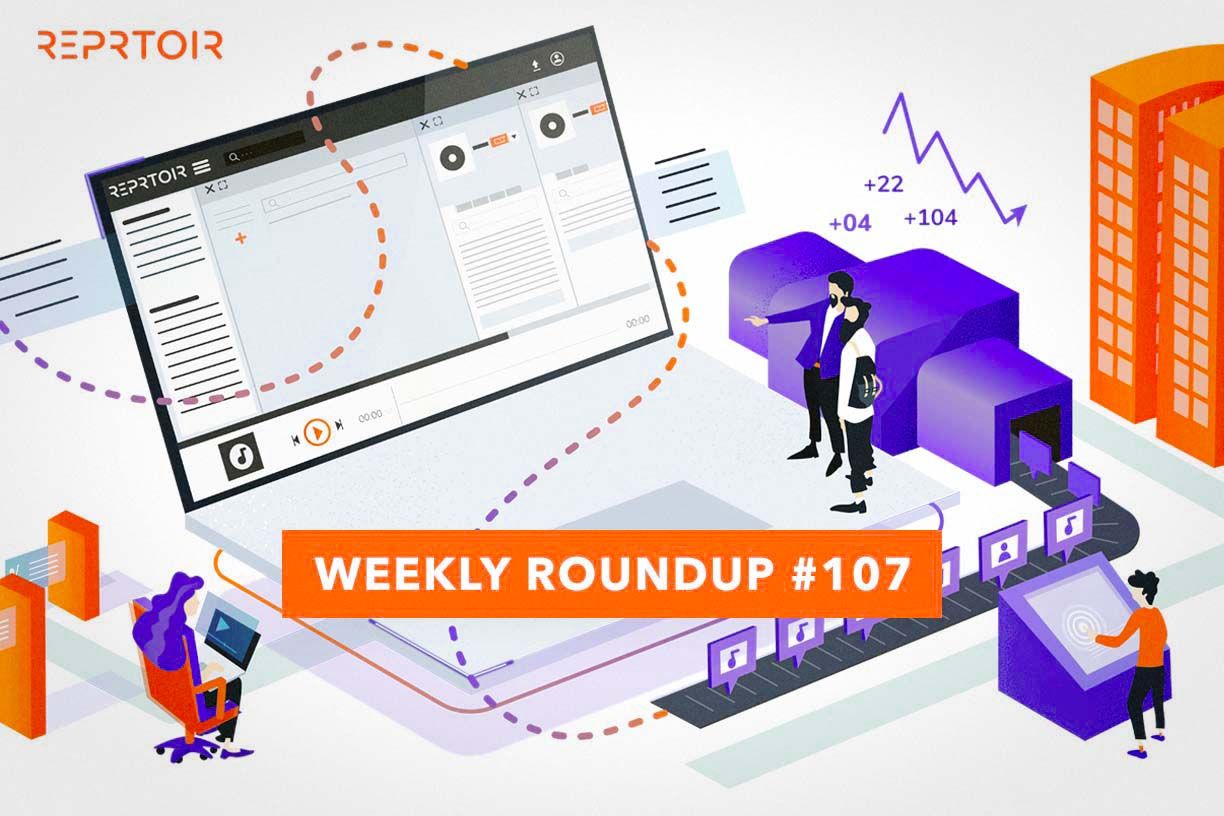 Happy Friday and Weekly Roundup day! We’re going into some structural changes we witnessed this week including TikTok, but also Majors and their partnerships. Let’s dive into our selection of news of the week.

#1. Tiktok could be the next generation music company…

Last week, we told you about the new distribution platform coming up: SoundOn. With the specificity that it’s TikTok’s very own distribution tool.

Now, we’re seeing analysis getting published on how TikTok is actually on a path to become a new model of a music company. And who better to talk about it than MIDiA Research, claiming that the app built an offer based on three key aspects for creators: discoverability, exclusivity (which doesn’t really exist anymore on mainstream music streaming) and a creator proposition.

Interestingly, TikTok is building a full ecosystem based on the lacking capabilities of major platforms such as Spotify (which tried to launch a tool allowing artists to upload their own tracks and had to shut it down under the pressure of record labels). Maybe TikTok is really redefining the lines of music companies, integrating tools for artists to distribute, get discovered and grow their audience. Today TikTok is giving access, not only a platform.

#2. …But traditions are holding still

Let’s not be short-sighted and take a moment to reflect though. The fact that music companies' models are emerging doesn’t mean that traditional ones are lagging behind. Especially when we hear about the major music companies generating about $5 million… every 2 hours.

The three music Majors have had an amazing year 2021, generating around more than $23,11 billion altogether. Holding the first place is Universal Music Group, then comes Sony Music Group and finally Warner Music Group (purely financially speaking). If numbers interest you (and the method behind) find more details here!

Following up on last week’s Weekly Roundup as well, some news on the Epic Games acquiring Bandcamp matter. We speculated a bit about the reasons behind this deal, found a little surprising by the music community.

In a podcast, Tim Ingham, founder of Epic unveiled the strategy behind the acquisition: nothing to do with metaverse, nft and new trends. But more of a leverage to go after the Apple Tax (the infamous 30% on the App Store fought by Epic Games). With Bandcamp on their side, an ecommerce website for artists charging a commission (and sometimes none on Bandcamp Fridays) and profitable for years, Epic could have new arguments in the fight. It’s clear we’re not done hearing about the dispute yet.

Now we’re getting to the stage where we hear about the potential sales in music catalogs. This week, it’s about Tempo Music’s catalog sale offer and they’re naming their price: $500 million. The music rights acquisition fund launched by a private equity giant (Providence) appears to be selling the catalogs they gathered. This includes some major artists such as Twenty One Pilots, Whiz Khalifa or even Korn.

Music Business Worldwide went a little deeper on the possibilities and the links with their partners from the launch (like Warner Music Group).

#5. What’s the next big business deal?

Let’s stay on highly expensive deals to come in the music industry to finish up our Weekly Roundup. Apparently, the music distributor covering Middle East and North Africa Qanawat Music is getting sold to a Major of the industry. The territories are flourishing in the music industry and could bring some great advantages, for now, no official announcement of who might get involved in the deal.