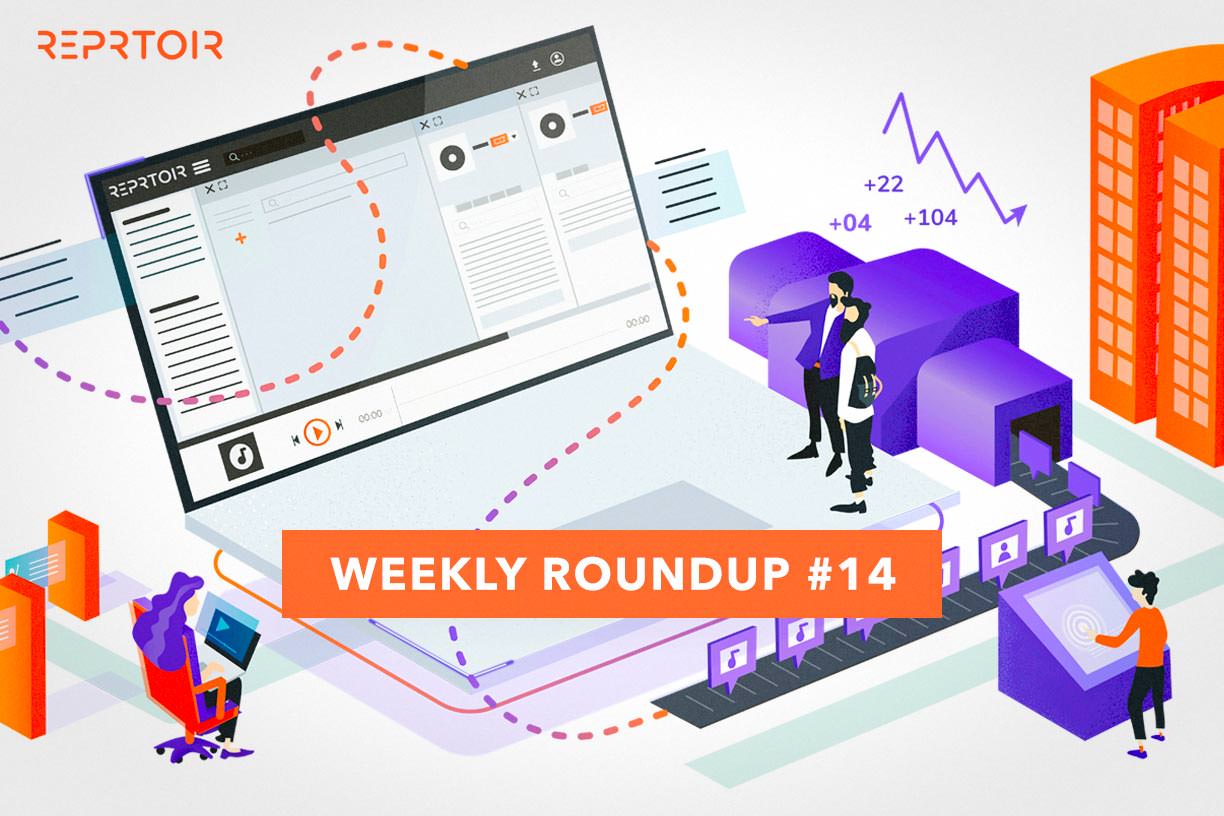 I am glad to meet up again here for a new weekly roundup. This time, I wanted to take a look at what happened in the music business. The sector is obviously at a crisis, but actors are still moving and the business hasn’t stopped. This is why I wanted to take the time and go over new acquisitions and investments this week.

A few big announcements made it clear that the main actors are still working hard to help, as we saw here, but also to keep the music business itself going. Whether it’s expanding for the music streaming sector or adding music software solutions to an arsenal, big movements are happening. Let's dive in what we saw this week!

I hope, again, that everyone is doing well and going strong during the lockdown period. Stay safe and don’t hesitate to take the time to read a few articles, we are always glad to hear back from you!

Before we get into the most important deals that were made this week, a small detour by Apple expanding Apple Music in 52 new countries! Mainly, these new added territories are located in Africa, a market announced as lucrative for a a few years now. You can get details on the related article here.

All in all, Apple Music keeps growing. Earlier this week, they finally put together a desktop version of the streaming service. A long awaited and added value that is already available at all competitors!

Speaking of expansion in new territories, Warner Music Group extends its presence in Africa after a few deals, by investing in Africori (major African distributor). It is not the first move made by majors on the territory. But with this important investment, Warner Music Group is partnering with the biggest digital music distribution company in Sub-Saharan Africa giving the major the most prominent presence in A&R and distribution on the continent.

Spotify announced this week a new feature to allow fans to directly pay their favorite artists online: Artists Fundraising Pick. In cooperation with Paypal and Cash App, this new feature comes as an expansion of the Artists Pick, already online.

Now, the challenge will be to keep this option in the long term. When YouTube started their tips online, it quickly became another feature to highlight comments. Only a share is going to the video creators now. Let’s be patient and see how the new feature will hold up after the end of the lockdown.

The music metadata experts from France have exciting news. The company Simbals is joining the Downtown family. This week, they announced the team would become a part of AdRev portfolio (owned by AVL Digital Group, bought by Downtown).

With this acquisition, the goal is to cross skills of audio recognition and data science with rights management to create a more global impact on the music industry. We only wish them the best!

As we talked about before, music streaming is going strong in India with the launch of several new streaming services. And to end this Weekly Roundup on a high note, a new sign that the sector is still in a process of a consequent expansion: Facebook just finalized an investment of $5.7 billions in JioSaavn parent company.

Being one of the cheapest payment plan for telecommunications in the country, Relience Jio (the parent company) saw a large increase of use in video and music streaming. After this investment, Facebook owns almost 10% of one of the most popular media company in the country.