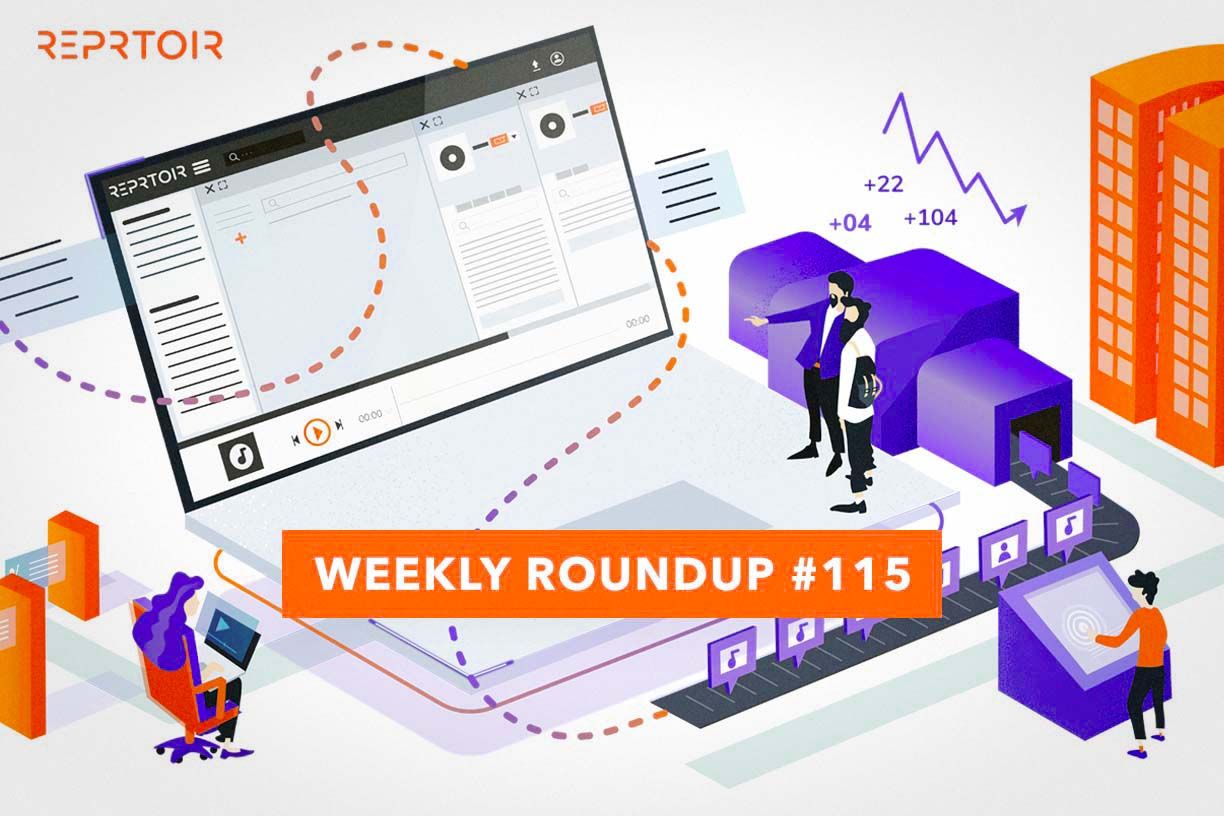 This week, we’ve been witnessing all sorts of Tech and Music components collide. From Napster becoming yet a new kind of platform to taking in the most out of Tech trends for the music industry through NFT and Snapchat, we’ll tell you all about it.

#1. VEVA Sound and SoundExchange are partnering up

A new collaboration is being launched to improve data management and interoperability in the music industry. VEVA Sound, the company that collects credits for creators and links them to their assets, and SoundExchange, the first digital performance rights organization in the US, are teaming up.

The two actors are setting up a partnership to share data and cover collect and redistribute rights, from contributor credits stored by VEVA Collect to performer lineups for a recording by SoundExchange. They even declared about the integration of VEVA Collect’s technology: “By integrating this metadata into our systems, we can augment our already best-in-class data platform to better pay creators when their recordings are used.”

#2. Why is the music field looking at Snapchat?

We regularly talk about the fact that social media platforms are impacting the music industry’s development, and usually it’s all about Twitch and TikTok. But maybe it’s time to take a look at Snapchat.

From unveiling viable and durable AR features to considering some creator-focused updates on the platform, it could be one of the right models to keep an eye on. Moreover, the fact that the audience is generally speaking pretty young and well engaged in UGC (user-generated content) isn’t taking anything away from the interest in Snapchat.

#3. Napster is being bought again

If you remember, not too long ago Napster was acquired by MelodyVR, to develop a platform mixing streaming and immersive technology. Napster left Rhapsody’s group and was set to develop a hybrid model for streaming.

Now things are changing again: Napster is being acquired by two companies working in the Web3 field: Hivemind and Algorand. The focus is now shifting from building an immersive streaming platform towards a Web3 platform. And they should be joined by other important companies in the project.

Worth noticing, Hivemind was one of the investors in LimeWire, a file-sharing platform in music. They’re no strangers to the process of building a new service around a music brand.

#4. The acquisition of the week by Sony Music Publishing

Let’s talk about the catalog acquisition of the week: this time it's Sony Music Publishing who partnered with Domain Capital Group to acquire Ashley Gorley’s catalog.

Ashley Gorley may not be ringing any bell. He’s one of the most acclaimed songwriters, multi-awards winner and collaborated with artists such as Carrie Underwood or Weezer. Not too shabby. In addition to his previous work, Ashley Gorley also signed a go-forward deal with Sony Music Publishing to publish both his back catalog and his future works from now on.

#5. Quick take on the trends in NFTs

We have a tip to share: if you’re a bit foggy on NFT but still need to keep an eye on how it’s going (or really it could just be by pure curiosity), there’s a way. Cherie Hu (Water and Music) has been working on a free resource gathering loads of data to get a clear picture of how NFT sales are performing overall. From price ranges to how communities are setting up online, find a quick summary and keep it near just in case!