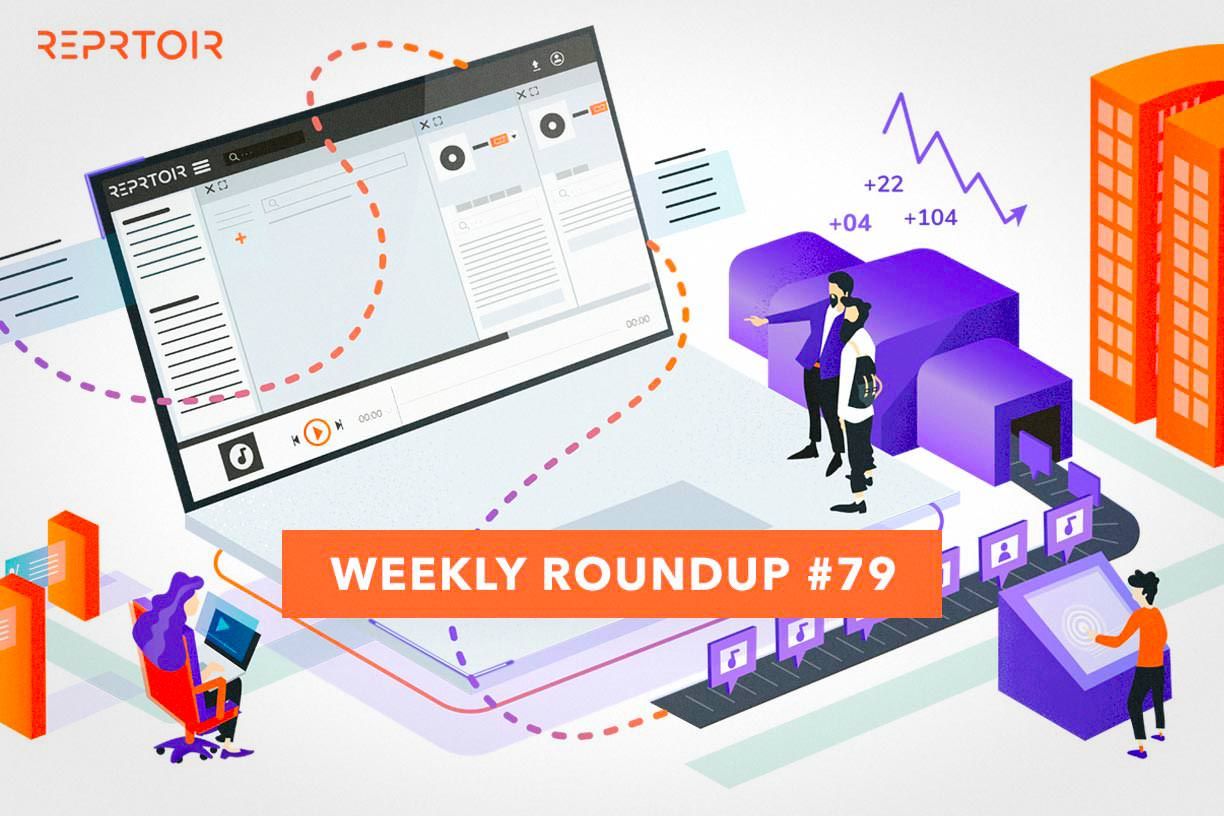 This week has been pretty interesting after the releases of the key players of the music industry. Whether it’s Spotify or Universal Music Group, the money in Music has been one of the most talked-about topics this week. Let’s count!

#1. What could be the next moves for Spotify?

Indeed, Spotify managed to grow and generate revenue, but the Monthly Active Users (MAU) is staying low. Despite many investments in advertising on the platform and billions put into podcasts, it seems like the streaming platform is staggering a bit. In Rolling Stone, a few leads were looked at, which could be Spotify’s next moves. From stepping into distribution itself, creating value from the tons of data on artists’ communities’ behavior, to insisting on audiobooks to compete with Audible by Amazon, here are the ideas for Spotify to grow its user base.

But the users are not the only thing Spotify should keep an eye on. In the meantime, record labels are diversifying their revenue streams online. Even if Spotify remains the main platform, differentiation has always been a key point when it comes to be in competition with streaming platforms. And since the pandemic pushed many artists to show up online, through various means, there are more sources of revenues. This could be another problem to tackle for the major streaming service: record labels' dependence on them helps in making deals, negotiating prices etc. Making the streaming market way more fragmented, requiring several partners to cover the majority of options. Here are the details of the analysis by MIDiA Research.

Side note: if this perspective sounds like good news for record labels, it also means data management, multiplied administrative operations… Which is a nest for errors and time-consuming tasks. This trend is not new in the music industry, and this is exactly what Reprtoir helps anticipate with a software suite gathering features to manage audio files, catalogs, contracts, playlists, releases, royalty accounting… Give us a call for more information!

#2. How much have the Majors made this year?

Short answer: can’t complain. But let’s dig a little deeper: last year has been challenging, yes, but revenues are still up. Combined together, the three majors generated $10.91 billion in the first six months of 2021 (over $2 billion more than what was communicated last year).

Without any surprise, Universal Music Group has the lead over all, and extensively on record music markets. But Sony Music Publishing being the most consequent publishing player, the company maintains the lead on that part. All calculations and insights gathered by Music Business Worldwide are accessible here.

Since Ackman’s Pershing Square Tontine Holdings pulled out of the 10% buying of Universal Music Group, another Ackman’s company stepped in to buy a little more than 7% (for $2.8 billion).

It’s Pershing Square Holdings, run by the same person, trading on the London Stock Exchange that stepped in. Ackman also secured an option to buy the 2.9% left, required for Universal to be able to list on the Amsterdam Stock Exchange in September 2021. Otherwise, it will have to find another investor in a very short period of time.

This is not the first time that Charter Communications have been attacked for copyright infringement by key music industry players. This time, it concerns the period of time between 2018 and now; the Internet Service Provider (ISP) appears to have kept retaining users by allowing downloads without any rights. Therefore, the lawsuit filed a few weeks ago is claiming rights and profits made by Charter Communications, rising up to more than $400 million. All the details are available on Music Business Worldwide right here.

It wouldn’t be a regular week without a new acquisition from Hipgnosis. It now looks like they are making their way towards the full ownership of Fleetwood Mac’s tracks.

Hipgnosis just acquired Christine McVie’s catalog, keyboardist and composer of several of the band’s most plebiscite tracks. This raises Hipgnosis up to 48 out of 68 most heard songs of Fleetwood Mac, after the acquisition of Lindsey Buckingham’s catalog earlier this year.