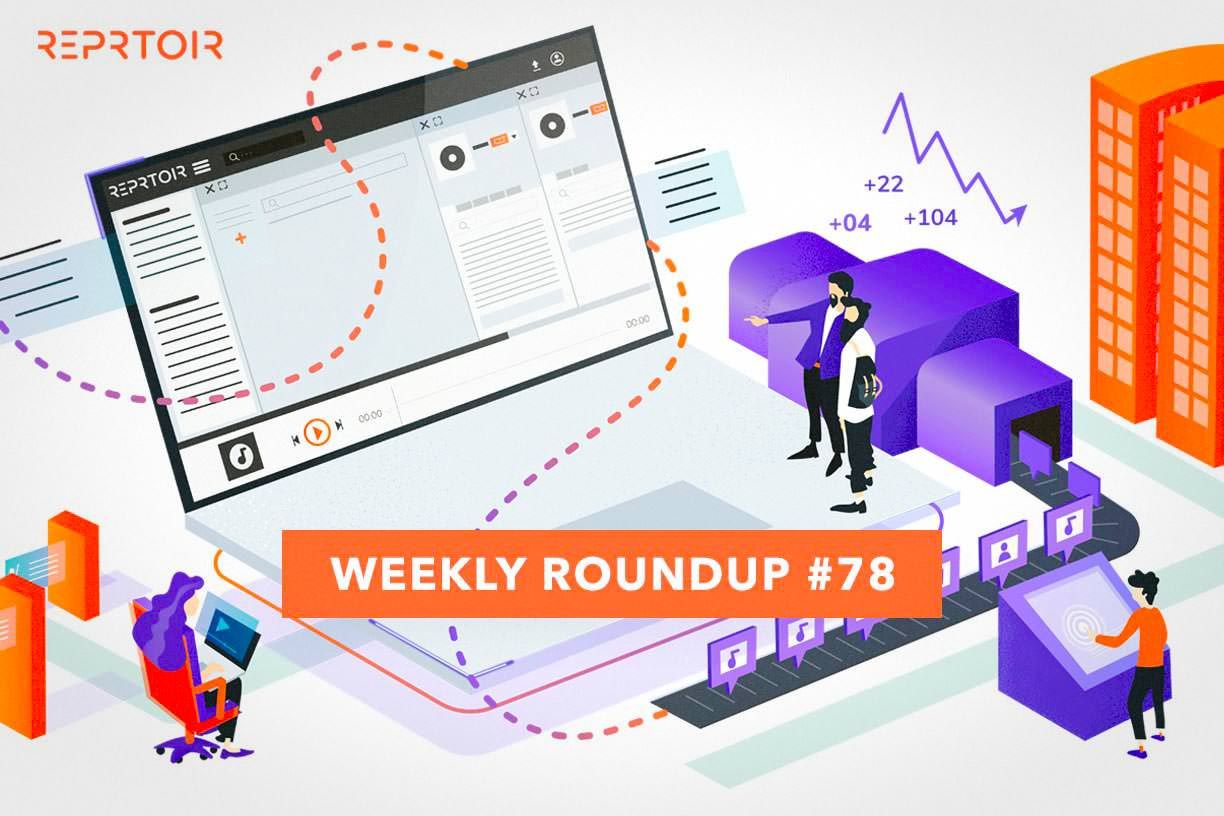 The music industry is undergoing many changes, and sometimes, when you’re directly in it, zooming out to get a view of the full picture can be tricky. Not to worry, we’ve gathered a few news from this week to put into perspective!

#1. The music industry is looking to involve people

Starting with one of the most interesting takeaways of the pandemic: creation has never been this accessible for anyone looking to make music. The fact is that more and more creators and listeners on digital platforms means that the revenue is splitting into very thin parts. So what to do from there (apart from trying to find another business model)?

Concentrating more on participation rather than simple and plain consumption. Interestingly enough, the younger generation using streaming platforms is also playing instruments. This means that a lot more people are turning to creation tools, taking advantage of platforms allowing them to make music and share it with other users.

Habits of the younger generation could help the digital music industry to rise and develop new streams of revenue based on the integration of music practices in their daily life. Incidentally, a major part of these newly involved creators are women, more and more represented.

Speaking of paradigm shifts, in the music industry it’s not only listeners and creators that are undergoing a lot of change. MIDiA Research pointed out another interesting change to keep in mind: record labels’ models are changing as well.

Indeed, it’s not the first time that we’ve heard that record labels work basically just as VC companies. But more than taking a risk on an artist or a band (or any kind of project really), it’s also pretty similar when it comes to helping artists build their audiences. We’ve talked about it repeatedly in our blog, independent artists are rising and taking up more and more space on the spectrum. Record labels would logically end up being a boost rather than a full on necessity.

And this is an interesting take; record labels are still relevant, but their roles are changing. Adapting to new means of communication, distribution and other major parts of building a career and generating revenue for artists has been in these structures’ DNA for a long time, and now, it’s all coming down to becoming the accelerator of creators’ paths.

#3. Warner Music on new means of discoverability and revenues

On the occasion of Warner Music Group’s financial results, Music Business Worldwide gave a platform to Steve Cooper to give their insights on the new trends happening in the music industry. Warner’s revenues on recorded music reached $1.152 billion, a 34% increase year-on-year.

It is true that Warner has been pretty active in keeping up with innovation and new trends in the music industry (no need to remind anyone that they invested in CryptoKitties a few years back for instance). The company managed to be a small step ahead by investing in Roblox quickly (the first of the three majors to work closely with gaming platforms). Adding to the buyout of David Guetta’s full catalog, and their close collaboration with record labels. If you’re looking for more details on the actions led by the group, all of them are here!

#4. Subscription models are being tested

Another change, another sector. In a fully digital environment, music has been consumed mainly over audio and video streaming platforms. And their models might about to change (I am not talking about the user-centric endless debacle).

A few new pricing modes are being introduced by Spotify in Europe, and by YouTube in the US. Very basically, lower rates are offered to users in exchange for giving up on several features (such as downloading content for example). These could help services adapt the pricing and offer higher ones to users looking for an optimal experience. It is not completely insane; subscription services have not been around for that long and they are still being built.Which could be impacting revenues for artists, as we’ve heard talking about before.

To wrap up, let’s notice the licensing deal between Adaptr (the startup delivering music licenses to companies in exchange for a subscription) and Merlin Network (the digital music licensing agency for independent record labels and publishers). This is a pretty big step for the company, accessing an important chunk of the independent players of the music industry for their customers!