Monetization in music: where are we at? 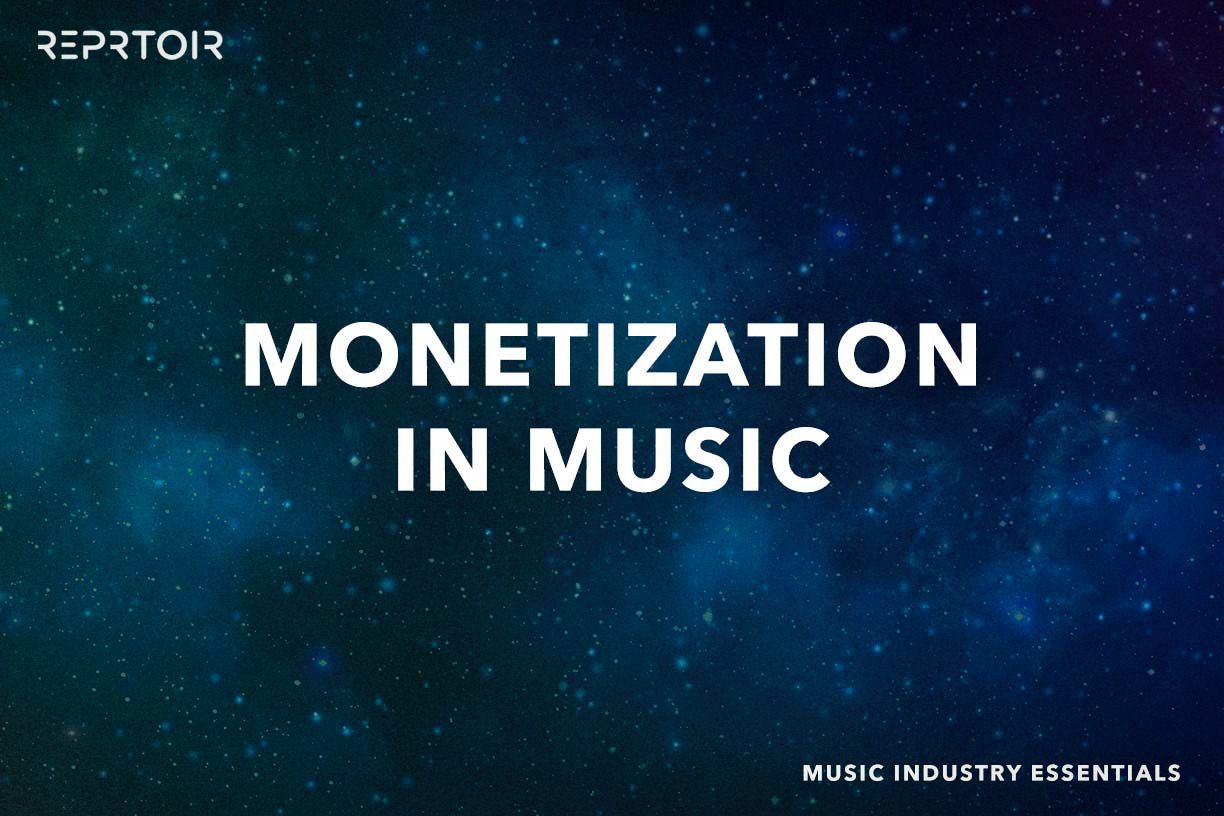 Monetization in music: where are we at?

As The Industry Evolves So Does the Monetization of Music

The music industry has always had a fairly complex monetization structure. Music comes in so many forms – performed live, streamed or downloaded digitally, or bought as a physical copy. Digitalization and the internet have obviously irrevocably changed the monetization of the industry – or de-monetization depending on how you look at it.

With that said, technology and the evolution of the industry haven't even paused to let lawmakers and regulators figure out who pays for streaming or how much. It’s already rolled right into some completely new territory – and some of it is incredibly unique.

In this article, we’ll take a look at some current trends and monetary trajectories that are affecting the music industry right now. Some of these insights will provide new strategies and tools to aid record labels in supporting their artists in the ever-evolving world of musical monetization.

Arguably no industry was hit harder than the music industry when the pandemic shut down live venues.

Of course, the legal battles over streaming services like Spotify that paid out labels and artists inequitably (some would argue unfairly) had been raging on for years and were set to be deadlocked in endless appeals for decades to come.

When the financial lifeblood that most artists and their teams rely on was torn away things started to change. Artists began reaching out directly to their fanbases. Patron services such as Buy Me a Coffee and Patreon began to surface, which relied on subscribers to pay artists a monthly subscription as the need to pay artists fairly and directly became apparent.

That wasn’t the only monetary evolution catalyzed by the pandemic:

The rise of the live stream was fueled by artists’ need to connect with their audiences. Music has always been a two-way exchange between the fan and the artist and is crucial to its own evolution. If musicians couldn't play for fans, how could they know what of their catalogue was working or not? Well to the rescue came sites like Twitch and Facebook Live, and Zoom (Yes, Zoom).

While it was certainly much different and displaced as a means of feedback, live streaming served well.

Partnerships came about and this has been possibly the most exciting change for artists and label owners.

Not only did channels like Twitch offer monthly recurring revenues through partnerships and subscriptions, the behemoth themselves decided to get ahead of the curve. YouTube is also offering channel memberships as a way of monetizing its channels. Now, users who wish to support their preferred artists and channels can become members.

There are various plans that allow members to pay more or less money, which is great for creators, and there are even incentive services that work sort of like a multi-level marketing scheme to encourage viewers to pay and promote the channel (They then take a small cut of the earnings).

With so much investment going into apps and startups that work as service providers to the now-booming creator economy, it becomes clear which direction monetization is taking. It could be a very exciting time for creators to take advantage of this evolution. While this is a wide-reaching change due to the ease of access allowing creators to generate revenue there are yet more ways in which music monetization is evolving, that are very... original, so to speak.

For those of you unfamiliar with blockchain, we’ll fill you in on the basics. Blockchain is a type of record-keeping technology – a specific type of database. It is unique in that it stores limited amounts of information in blocks.

The blocks fill up with data and are chained together. This is the technology that cryptocurrency is based upon. Some blockchain is used in a decentralized way, like bitcoin. As the blockchains are accessible by everyone rather than one person or group and are irreversible. Cryptocurrency is essentially a currency that is backed by data rather than a social agreement or precious metal.

Blockchain is not only used to back cryptocurrencies however, they are also built to support something called a Non-Fungible Token (NFT). Where currency is generated and can be traded and interchanged with other currency, a Non-Fungible Token is a piece of data that is unique and non-interchangeable, like an original autographed piece of artwork or music.

NFTs are kept on the blockchain as a one-of-a-kind work of art and can be bought and sold. With this comes a whole new realm of possibilities for labels and their artists. The world of music monetization is constantly evolving so in response to this a tool was made for music businesses like record labels and publishers.

How is Reprtoir helping keep up with monetizing music?

So what are you supposed to do when you’re in charge of a catalog for a record label or a music publishing company? Well, you’re in the right place: managing various streams of revenue, several artists and tracks, all while dealing with royalty splits is close to impossible without losing a considerable amount of time.

We’ve built a software suite, with features you can activate and deactivate monthly. That way, you’re able to use exactly what you need from Reprtoir. Manage catalogs or musical works in a dedicated CMS, deal with releases directly from your catalog or manage all your royalty accounting in one optimized place. Book your free demo right now with us!