What Does Hi-Res Mean for the Music Business? 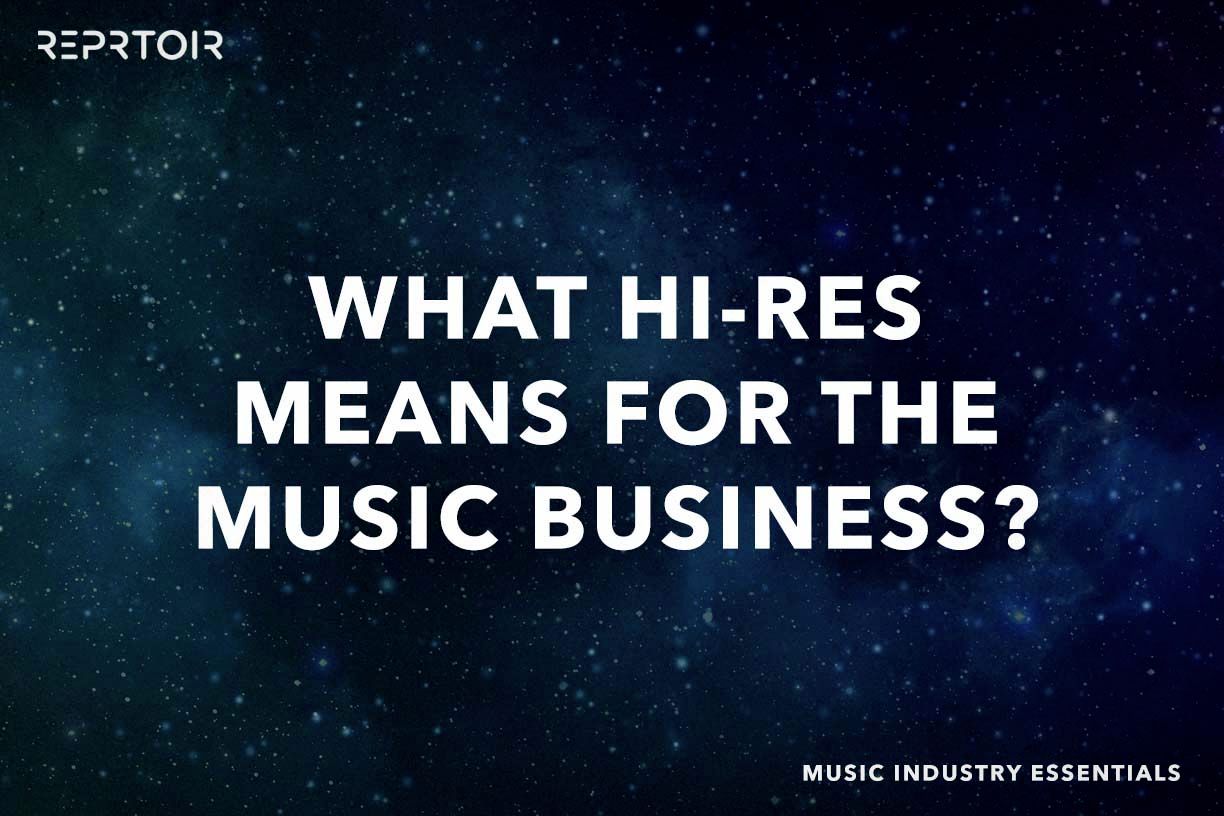 What Does Hi-Res Mean for the Music Business?

Has your Music Business Tapped into the Audiophile Market?

Streaming sites have been clamouring to introduce hi-res services to listeners lately. We will explore a little about what this means for the industry, labels, and publishers. Let’s take a look.

What is Hi-Res Audio?

While no universally agreed-upon standard defines hi-res audio, anything that is above CD-quality is generally regarded as such. Most producers, label heads, and publishers are going to have a pretty good idea about what constitutes a hi-res file, but it never hurts to go over it.

So, buckle up, because we’re going to a little (a lot) technical. Let’s make it interesting.

When scientists from NASA sent a capsule into space in the hopes of making contact with alien life, they were confronted with a question. What language should the messages be sent in?

What they came up with, was binary code—a series of 0s and 1s.

This is important to understand when talking about sample rates—which constitute audio quality. So, why did scientists from NASA decide to send math code instead of photos?

Don’t Be a Square

They chose this approach because as a mathematical language based on only 2 characters, binary would be the easiest to decipher. This code also makes up the foundation of computer science. If you think of each of those 1s and 0s as bits, you begin to gain an understanding of how bitrates work. The more 1s and 0s a computer can crunch, the more computational power it has.

So what does this have to do with hi-res audio?

When a soundcard takes an analog signal and converts it into a digital signal, it’s essentially recreating a natural, smooth audio signal—with an etch a sketch. Bits are square, so you can only go up and down or laterally—-they are kind of like pixels for sound. The more bits you have, the more accurately you can recreate an audio wave.

When recording music, the bitrate is set along with the sample rate—a frequency value that denotes how many samples or measurements are taken per second. This interaction is what makes an electric audio signal, like that which comes out of a patch cord, and turns it into the code that makes up the digital representation of the audio signal.

When you hit play, the code is read, the process is reversed, and you hear the audio come out of the speakers. Depending on how high the bitrate and sample rate during recording was, as well as the filetype it is stored on, the sound that comes out of the speakers will be lossy and compressed or not.

The thing is, people have gotten wise to this. You probably already know that a lossless WAV or AIFF file is going to sound more open, less lossy, and compressed than most MP3s. This differentiation isn’t limited to audiophiles and the production industry anymore, and that’s what makes it interesting for the music industry in 2022.

As more consumers are becoming aware of the differences between compressed MP3 files and lossless hi-res audio files, the demand is increasing. This is becoming apparent as streaming sites like Apple and Amazon have already both added it as a free service to their listeners.

This isn’t a game-changing trend at the moment but as digital asset arsenals are being expanded upon, it’s something to keep an eye on and incorporate. While it is more of a diversification strategy than a disruptive product or strategy, hi-res is not without its potential.

By the year 2025, the hi-res audio system market is forecast to climb to $17.5 billion, a steady but sure upwards trend. While the data may not be out yet on the streaming numbers, if there is an indicator of hi-res audio demand for the future, it would lie in the hi-fi systems that are required to accommodate it.

So, what exactly is driving all of this market growth? The answer to that question may lie in the answer that Apple gives when asked to define hi-res audio.

Apple defines hi-res as music that is recorded in the artists' vision. In other words, it’s music that is unaffected by limits in bitrates and sample rates. Ever since the first iPods came out and storage became the issue that halted lossless audio growth as a market, there has been a demand for better quality audio that wasn’t being fulfilled.

Now, as cloud computing and streaming sites make storage issues and the large file sizes that come with lossless audio a problem of the past, the horizons are clear for this still-budding market.