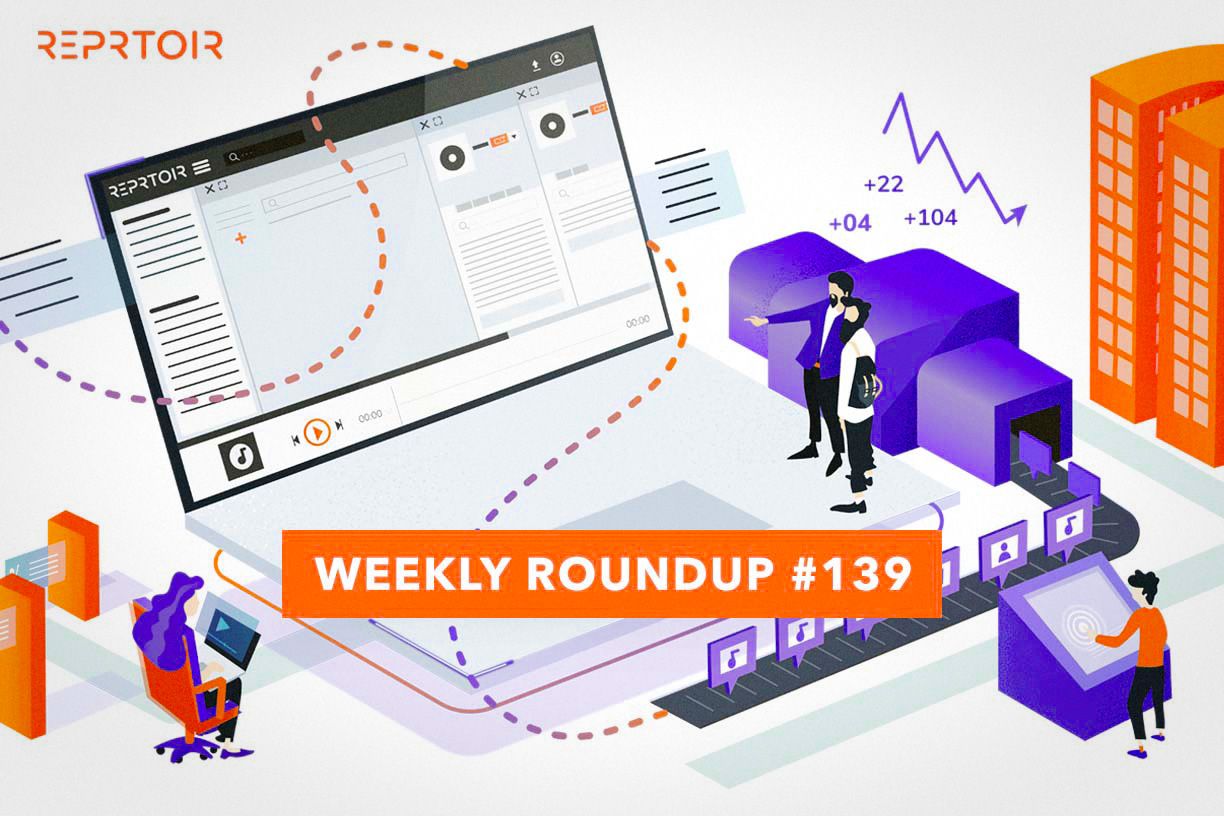 It’s starting to feel like the end of the year with reports and studies coming up on the music industry’s state. New services, studies of the consumption habits we had over the year, everything is in our Weekly Roundup!

#1. The future of Live music

It has been a recurring theme since the beginning of the pandemic; how is Live music going to evolve in the future? Then we had to rely on fully virtual gigs for health reasons, but what about now that we’re able to go back out and to concerts?

Even if all we can hear about right now is Ticketmaster’s big slip-up on Taylor Swift’s ticket sale, Live hasn’t gotten back on its feet like before. Attendance is still pretty low and venues’ message is clear: we are nowhere near the level of audience from before 2020. So this begs the question: are virtual liveshows here to stay?

It seems like the market is polarizing, with several main platforms emerging as reliable in building experiences in the metaverse. The building up to the current state of virtual events has been gone over by Music X right here. Even though the technology is still catching up to create more and more impressive projects, the vision for the future is still unclear.

#2. The need for diversification in the recording industry

What hides behind the fact that the top 5 artists at Warner Music Group are generating 5% of revenue today whereas they were responsible for 15% 10 years ago?

Music Business Worldwide went back on the data and the main takeaways we can keep in mind. The fact is that today, there is more competition than ever before; streaming means that any content is accessible, and even though a portion of that revenue went to the middle range of artists, it’s also because now the commitment to an artist is far from what it was when we were buying CDs. An interesting roll down to take in the article to understand the mechanics of this evolution!

#3. Music consumption is at an all time high

Let’s stay on numbers shall we? The IFPI (International Federation Of The Phonographic Industry) published their report on music consumption for 2022 called ‘Engaging with Music’. So what’s the big news?

It turns out that 2022 has been the year of music consumption; the weekly time listening to music is now at around 20 hours (the year before was at 18 hours or so). This means that music fans are listening to even more music, which about half of them are using paid subscriptions to do so.

One more interesting aspect to notice is the fact that piracy isn’t completely gone yet. Indeed, about 30% of the 44 000 respondents still access music from unlicensed platforms. It’s not as big as it used to be, but it’s still an important part of the recorded music industry’s health.

Deutsche Grammophon, part of Universal Music Group, has launched its very own music platform. The specificity resides in the catalog, gathering their own and Decca’s, so focused on Classical music.

Interestingly, the platform will offer audio, video and live streaming services, with an emphasis on metadata management. It’s one of the main current issues of the music industry, and especially in Classical music.

Ever heard of the playlist freshener? Spotify’s quiet recommendation tool is available on the desktop client version of the platform, to create a similar playlist from one of your own. That way, you can have a same genre playlist, with recommendations directly in connection with your own playlist.