What Are Fake Streams? 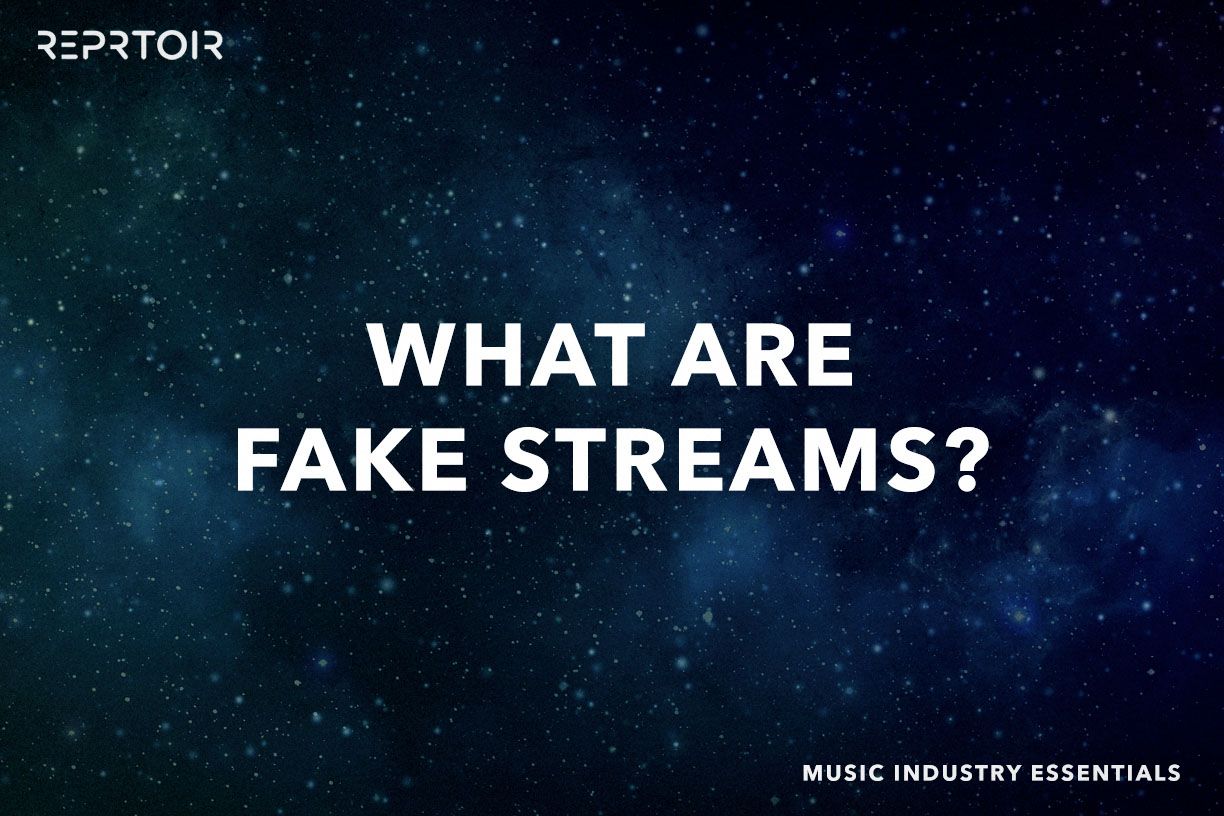 What Are Fake Streams?

In Kendrick Lamar's recent clip, he uses deep fake technology to provide context to his lyrics, and the result is strikingly effective. For example, when he raps about mental health, the deep fake turns his face into that of Kanye West, who has famously, even notoriously struggled at times with his bipolar diagnosis.

While Lamar’s use of technology to overtly fake the identity of another rapper was used rather tastefully, the idea of using technology to fake making it is both real and a menace to the music industry as a whole. While Lamar impersonated West, another West comes to mind.

When it comes to the age of the internet, the wild west era has not passed and knows no bounds. From data to crypto to music, there unfortunately always seems to be some party with the desire to abuse and exploit the system.

When it comes to music streaming, no exception is made.

It seems that there is some sort of inhibition lost on those who would take shortcuts or cheat their way into success whenever technology is involved. Perhaps the feeling of being ‘one step removed’ provides enough of an illusion of security to bring out the cheater in some. But fake artists and faking success is not a new concept by any means - but for those who might be wondering; what exactly is fake streaming?

Here is a question for the aspiring artists in the room. Have you noticed a plethora of advertisements offering listens for a fee?

These are illegitimate enterprises who are targeting a vulnerable audience in order to exploit a system - and the artists who fall for this scam have everything to lose. So what exactly is going on here? Let’s start with a clear definition.

To look at the term fake streaming you might conclude that it could be in the context of artists posting their music and then attempting to load up on streams in order to make more money and get more exposure through recommendation algorithms, but this would never work, and the idea isn’t based in reality.

Think about it - aside from the odd wannabe rapper, what legitimate artist is going to jeopardize their chances of legitimate success in this way? The answer may surprise you because this isn’t actually how it works. Most artists are too invested in their music to a scheme like this, but emerging artists all too often fall victim to this hurtful scam, though there are some who know what is going on and do it anyway. More on the damage that causes below, but first:

How do fake streams work?

Emerging artists are often hit with an overwhelming number of ads that promise them many listens for a fee. Now, this violates platforms such as Spotify’s terms of service. In fact, fake streams have been a big problem for the platform, which has resulted in Spotify getting really good at spotting the kind of behavior which signals fake streaming.

The artists are charged a fee and bots attempt to mimic the kind of play data that would indicate a song going viral, getting picked up by algorithms, and everybody living happily every after.

The problem is that this is stealing, and also, not what actually happens:

Why Fake Streams are Bad for the Music Industry

The thing is, we know that most artists are the victims of this scheme. But we also know that some are complicit. The big problem is that the tracking and flagging technology that Spotify uses really has no way of differentiating these, and as such, they must assume that all fake stream behavior is nefarious in nature.

To that end, they have vowed to both withhold royalties and remove the content of artists whose music shows signs of fake streaming and that is bad for everybody.

As one commentator on the linked article mentions, this type of animosity and scrutiny has the potential to cause problems. Spotify isn’t exactly known as being a place to make ‘easy money for artists. As loss prevention takes up resources and casts an even more scrupulous eye at artists who often already struggle to make significant, and legitimate streaming revenues, the potential for abuse or even unintentional withholdings is yet another obstacle that emerging artists face, and as we know all too well; Emerging artists have never been short on obstacles.

So what constitutes a fake stream?

The technology in place classifies too many repeats as being fake, along with a host of other behavior. But the real problem here is that there will surely be real streams cast out as fake. People exhibit all kinds of odd behavior when it comes to music. Who hasn’t put a great song on repeat for hours? The artists deserve all of that! The underlying theme here is not exclusive to the music industry; When people abuse a system, everyone involved ends up suffering.

So where do we draw the line? For now, that is up to platforms like Spotify to decide.