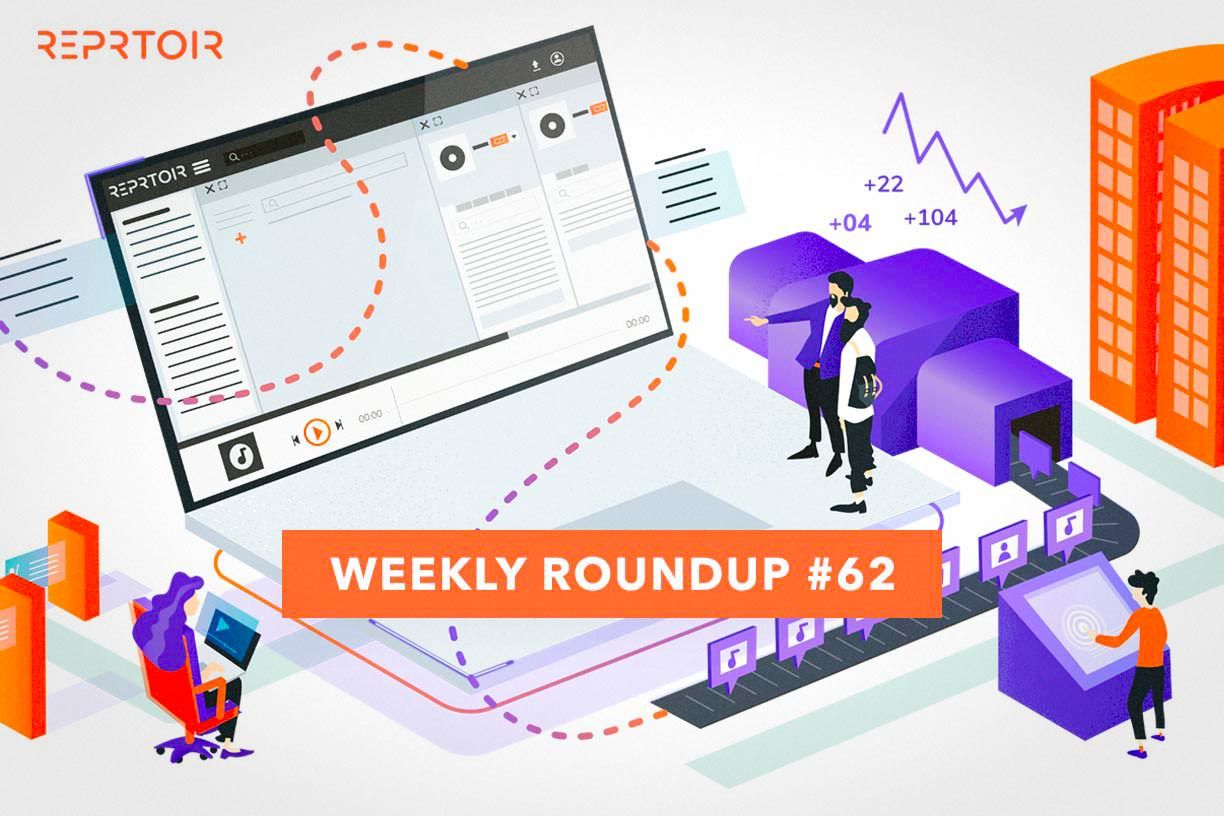 How are music rights being considered today by the music business? Among changes between the models in place and the ones starting to emerge, how are the music actors handling the situation? We have a few insights in mind for you this week.

Two weeks ago, we talked about BMG and KKR teaming up to invest, acquire and manage music rights. Well, we have news on that front.

The two companies said that combining their forces would allow them to reach a spending capacity of approximately $1 billion. Both directors took the time to talk about their ambitions and goals to Music Business Worldwide, without forgetting to cover the fact that the music industry is slowly opening up to the concept of investing in music. Big investments are supposed to be made, to shake up the system in place. Here are the details.

And I won’t resist quoting the beginning of the article, since we’re often claiming the same thing here at Reprtoir: “The fact is, with more and more artists in control of their rights these days, the old music industry ways are no longer an option.”

#2. TikTok expands its reach in Africa

Talking about big actors shaking things up in the music industry, TikTok is on the news again. The short-videos app signed a deal with the Southern African Music Rights Organisation (SAMRO) and Composers Authors and Publishers Association (CAPASSO). What does it imply?

Well, that means that TikTok will now pay artists in 58 territories in Africa, by extending their licensing deals to the SAMRO and CAPASSO. It is a pretty big step for the app, considering that a few trends started from African artists, such as the electric dance genre #Amapiano which gathered 290 million views on the platform. By the end of 2020, TikTok had multiplied its licensing deals to be able to pay artists through their platforms. Their competitor Triller has been doing the same thing, signing a deal with the biggest global publisher.

#3. The value of piracy in music

Since this week was a bit focused on music rights evolution, an article caught our attention, on the value of piracy in the music industry. An interesting analysis regarding how piracy has evolved over the last few years. Compared to a few years ago, downloads have reached a record low, but piracy changed and is now more focused on fake streams and likes.

But one more interesting take away is the fact that pirates were actually the ones who would pay for physical contents. They actually were responsible for more of the annual revenue than today. The full analysis is available here, with references!

On the topic of revisiting revenues for artists, we can name a few trends we’ve heard of this week as well. Let’s start with the fact that Clubhouse is now allowing their room hosts and called speakers to receive payments through the app, which rolled out their new version in the middle of the week. The company is focusing on direct-to-artists payments, willing to retain their audience linked to the said creators. It is all about keeping their users online!

We feel compelled to mention NTFs as well here, considering that everyone has been talking about it for the last few weeks. If there are a lot of grey areas, the model is starting to benefit some major artists and attracting attention. If everything sounds like a blurry subject, here is a quick overview of how it impacts artists, and we’ll get back on this in an upcoming article here!

Finally, at the crossroad between creation and social platforms, some new actors are willing to help artists stay in touch with their audience, while being able to create more comfortably at home. In the same logic as direct-to-artists payments, the idea is to keep audiences close, anticipating the fact that micro-communities will end up more profitable than streaming for artists.