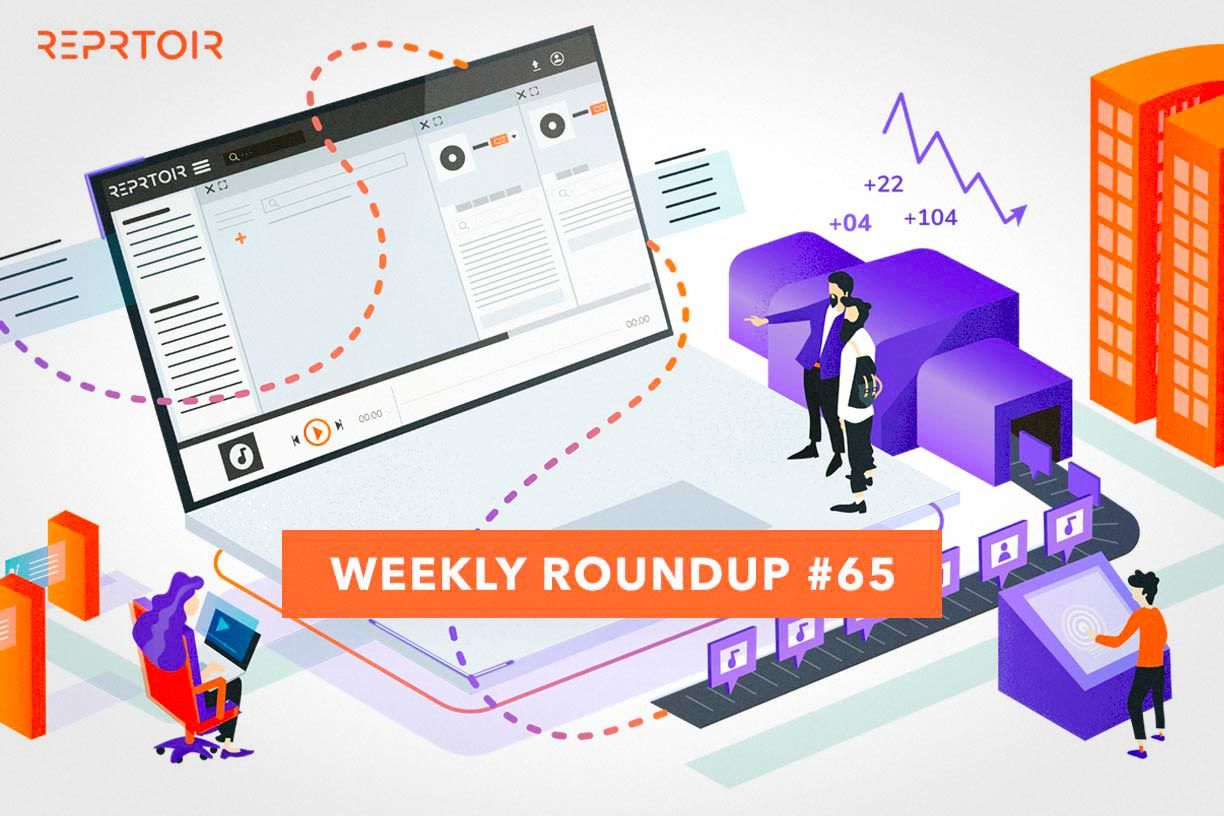 Here we go again for our new Weekly Roundup! This time, let’s take a look at what our biggest groups have been doing, passing deals and designing new trends for the music industry.

Remember Concord in 2020? They bought a majority stake in Pulse Music Group for a whopping $100 million and bought Imagine Dragons’ catalog. Here they are again with a new major deal buying 145 000 of Downtown’s music publishing rights catalog! This includes the works of Adele, David Bowie, Beyonce… among others. On downtown’s side, it is said that the money will be reinvested in Downtown’s current services, focusing on music publishing services.

If you’re looking for more details on Downtown’s strategy after the sale of the catalog, here are a few statements from the CEO. But, as a highlight, Downtown is launching its new branch, with music industry veteran Mike Smith. The goal: focusing on music services, here are the main steps taken by the company to get there.

Let’s keep at big music deals for a moment shall we? Another announcement this week was the investment funds Blackstone, buying eOne Music from Hasbro, for $385 million. So what does that mean exactly?

This means that the financial giant is buying multiple music rights, as a bundle of music companies. It would also include the music rights organization SESAC. eOne will keep functioning as an independent entity to, according to its president Chris Taylor, “focus on building a creator-first music brand with global scale and expertise”.

#3. Tencent could face a big fine

Talking about major deals being made in the music industry is one thing, and I know, we do it a lot. But, it sometimes can lead to some issues. Like Tencent is facing now.

Indeed, Tencent Music Group has been striking deals with music majors to license catalogs and hold exclusivity on some music rights. An investigation had started to find out how Tencent was operating, as part of an antitrust clampdown by the nation’s regulators. The investigation was suspended when Tencent agreed to strike separate deals, but Tencent still holds some exclusive rights to major artists in China, even though specific licensing deals with majors were given up. The China’s State Administration of Market Regulation (SAMR) is setting to sanction the group, potentially with a $1.54 billion fine.

#4. Why is YouTube still the streaming service to watch?

Staying on the topic of big companies making things move in music, let’s bring up YouTube. About the future of streaming.

It can seem a bit out of place when it comes to YouTube, but they actually are the platform that has tested out many possibilities to monetize music online. Following the reflection here, streaming is a base for remuneration, and layers can be added on top of it (interaction options or limited content). Since YouTube has been trying several business models including tipping, free and paid streaming. And right now, it could be one of the most promising platforms for monetization.

This also means that digital rights already diversified will expand even more. And for record labels and music publishers, it means adapting and managing music rights, which could be time consuming. Good news, we can help!

Let’s wrap up on a lighter note. Here is a potential use of NFTs that could (relatively) be free from the idea of a long dispute over rights: using them to access live performances. Some companies are trying to find a use of the new crazy trend for the live industry. This would be a good option to open a new access, or a VIP part of the performance, or even to follow up on the event’s value itself. There are already some experiments being made right now.

And, if you’re interested in taking a closer look at the NFT trend, understanding the main traits and most of all, get a bit of perspective, here is probably the most complete summary.