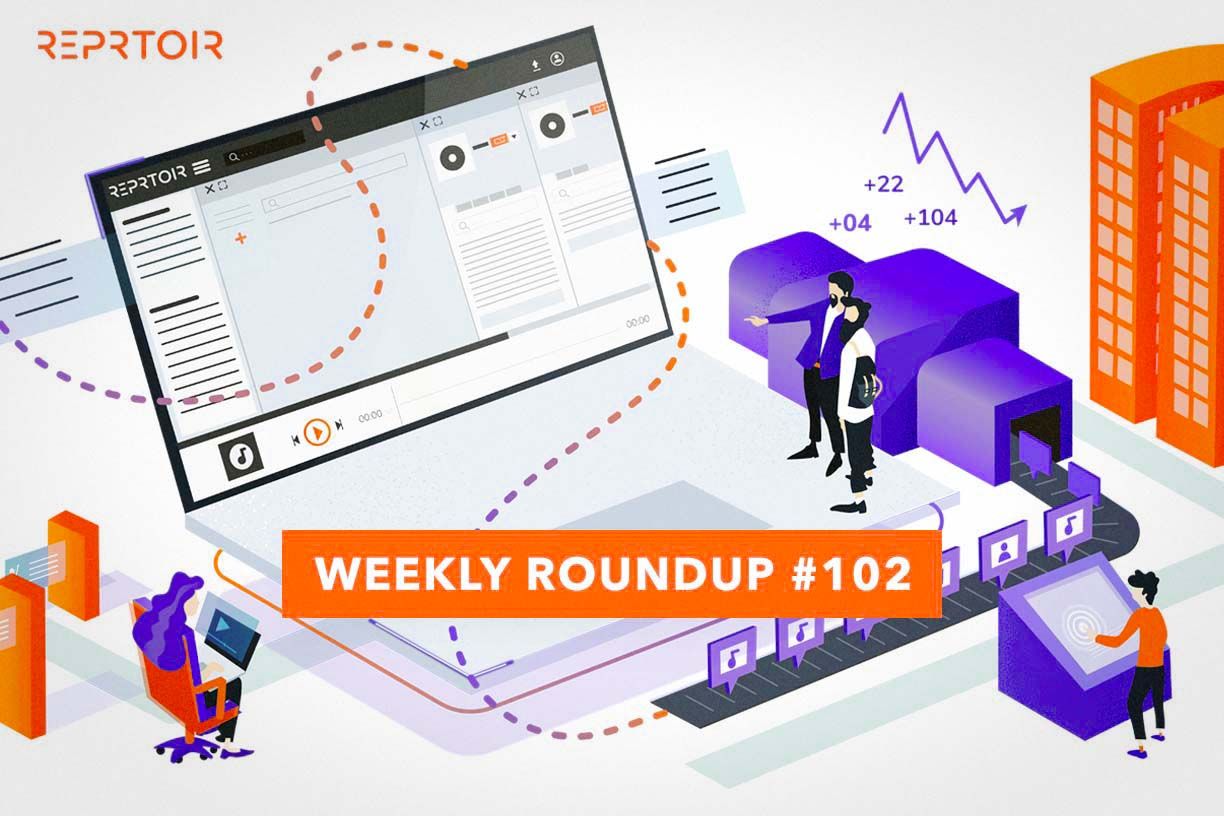 This week has been an interesting turn of events. Actions have been taken to work out new partnerships and work better in our industry. As always, let’s dive in!

#1. Why is removing catalogs from platforms complicated?

I’m pretty sure you’ve heard about Neil Young removing his whole catalog from Spotify by now. The reason: the Joe Rogan podcast broadcasted on the streaming platform, advising against vaccination among younger people in the US. Considering that Spotify endorsed misinformation, the artist protested by taking his catalog off the platform. Others wanted to follow, but as it appears, it’s not that easy.

Indeed, others have been willing to follow in Young’s footsteps, such as Bill Crosby. But since he sold his master rights, he doesn’t have full control on how they are distributed. See, asking a platform to remove content from it is usually the record label’s job. And when music rights have been sold, artists may not have the power to remove their own tracks from platforms. Music Business Worldwide went deeper on the matter this week.

#2. Are we talking about unrecouped balances for heritage artists again?

Yes we are, and that’s because in their “Environmental Social Governance 2021 Report”, Warner Music Group talked about it among other environmental topics. Even though some advancements are to be noted, it’s not what caught the attention of the industry.

As stated by the Major, they are setting up “a legacy unrecouped advances program where, for our artists and songwriters who signed to us before 2000 and didn’t receive an advance during or after 2000, we won’t apply their unrecouped advances to royalty statements for any period beginning July 1, 2022 or after.” This means that the concerned artists will receive payments withheld until now. This follows the news of Sony Music last summer on their very own program of unrecouped balances for heritage artists.

So that leaves us with Universal Music Group. And apparently, it should be announced with the details on how the Major will set this up within the next few months.

#3. What is the Verifi Media Rights Data Alliance?

It feels like we’ve been talking about it over and over: music metadata standards. Here we go again: the company Verifi Media (previously Dot Blockchain) is launching its new initiative: the Verifi Media Rights Data Alliance.

The alliance is starting with pretty solid early adopters with Warner Music Group, Deezer, FUGA and Unison. The VRDA is aiming for a clearer data management process, leaning on one agreed upon standard and finally being compatible across the music industry.

The record label 300 Entertainment acquired by Warner Music last month (for around $400 millions) is now launching the 300 Studios content and film division. This move makes sense for one of the mainstream music companies working to build bridges between several sectors (film, video games, etc.) According to the higher-up hierarchy, the new division is here “to develop multi-format, feature, and episodic content through a cultural point of view”.

#5. What does the Twitch-Merlin deal mean?

For the last two years, when talking about Twitch and music, the relationship between the two was always tense. Sure last week was the moment Twitch and Universal Music Group extended their previous agreements, but this time we are talking about independent labels.

Indeed, Twitch has officially made a deal with the independent label agency Merlin (including Beggars Group, Empire or [PIAS] among others). The partnership will allow better marketing opportunities for artists, better payment management and all-in-all, a better catalog access.