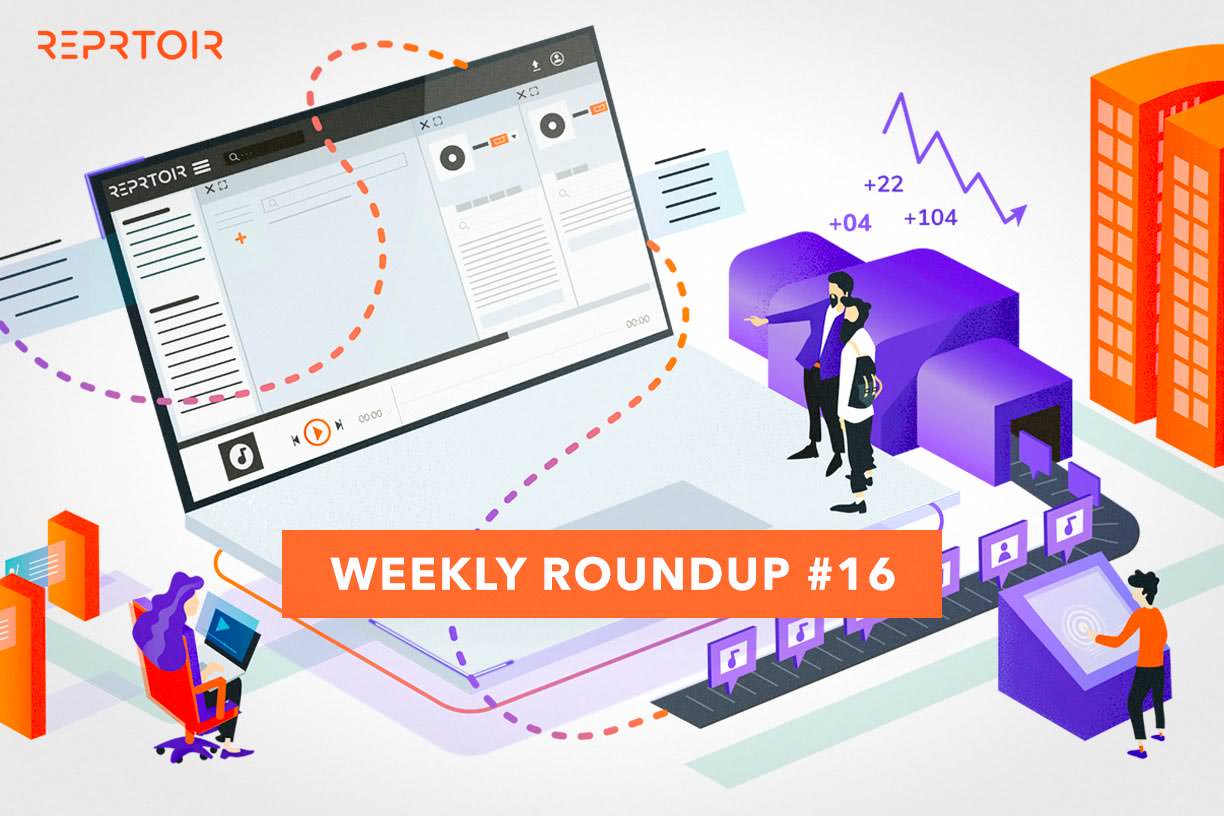 Hey everyone! Happy to be back again for a new Weekly Roundup. This week, we took a look at the structuration of the future of music streaming. A lot of initiatives have been taken by the main actors from the music industry to rethink the way they operate. So in a context of a sanitary crisis, how are business models being redefined by the music industry players?

#1. Global Music Report by IFPI: streaming before the pandemic

The Global Music Report for the year 2019 by IFPI (International Federation of the Phonographic Industry) was released this week. The headline: streaming revenues went up thanks to a consequent growth of paid subscriptions, bringing the recorded music industry to a $20.2 billion revenue over the year (an 8,2% growth). MusicAlly dived in the whole report and gives you the highlights on here.

Of course, we have to keep in mind: the numbers on the report are related to a pre-pandemic environment. Find the whole report here if you need a more precise take on the numbers from last year.

And remember when we talked about MIDiA Research’s insight on how streaming benefited more independent labels? Well, this report confirms the assumption. Here is the follow up.

MIDiA Research took a look at what streaming platforms can expect regarding the extended period of lockdown and the drastic slowdown of new music releases. Since the main differentiating factor of music streaming services is recommendation, and the trend for users is to go back to good old classics to boost their moral, it would be time for these actors to rethink their core values and work or their brand awareness.

In the meantime, in Québec, a new streaming service has been launched: QUB Musique. The service doesn't reinvent music streaming business models, but has been released earlier than scheduled, promising a broad catalogue, a focus on local music and free service until the end of July for everyone.

#3. Spotify’s focus goes to advertising for their business models

Speaking of reinvention in the music streaming field, Spotify’s Daniel Ek gave an interview to Bloomberg a few days back. The main topic: the push on advertising Spotify has started to make, as a complement for paid subscriptions. Following the path of radio, which made billions of dollars off of advertising, Spotify plans on developing the aspect. Today, it is already possible for artists to pay to get promoted onto the platform, when an album is released. We can expect more features like this in the future.

#4. Soundcloud is going on Twitch

Other music streaming service, other strategy. Soundcloud announced a the creation of their very own channel on Twitch. The program will include live streamed concerts and talks by artists and music professionals about the music industry, business models, creation and the future alternatives.

The channel was launched this week, a few virtual meetups are already planned. You can get all informations here, and follow their Twitch channel here. Remember to take a look at their channel and Bandsintown's from time to time!

To finish up, live streaming is also getting some infrastructure worked out. Epic Games just set up a virtual stage in the game Fortnite: Party Royale, in which a 100 participants can gather virtually. A system could now be thought to reproduce live events online.

Nothing has been defined yet regarding a price, or even royalty management. But this is a start of solidification of live streaming as an alternative to cancelled and postponed live events (not a solution to our situation, but at least an available option). We will have to see how the business models will evolve in the near future to overcome the lockdown and pandemic situation!

Don't hesitate to reach out if you saw some news you'd like to share or if you want to react to our Weekly Roundups. In the meantime, stay safe!