Why are we working on Music Data Standards? 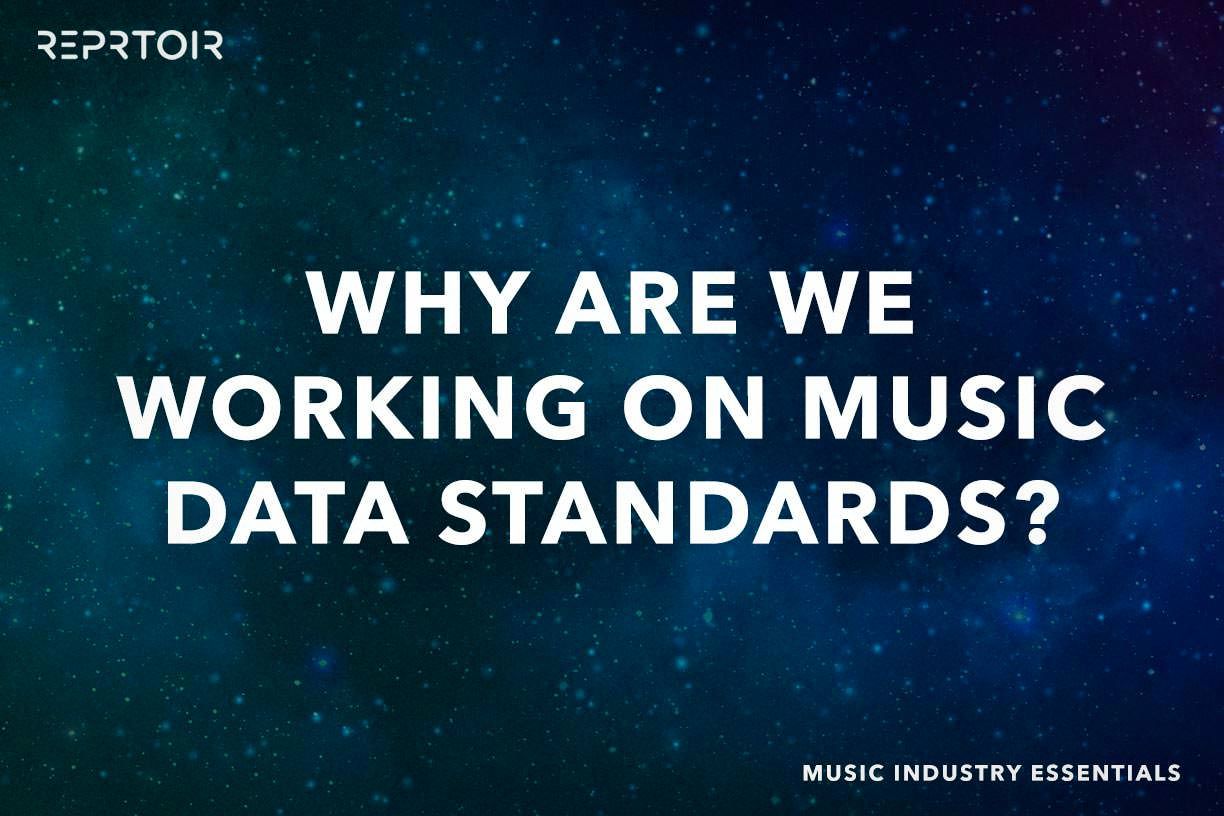 Why are we working on Music Data Standards?

Music streaming has been at the center of discussions during the pandemic and is still being investigated, potentially to be redesigned. No surprise here: it is the core of revenue for music artists right now. However with this there have been substantial growing pains in how all the parties involved deal with music data, and many problems have arisen. Many music rights organizations and record labels have been pushing for data standards in music to remedy the issues. Let’s explore the common issues and the potential of working on music data standards.

Cleaned music data for your catalog

In the past few years, it’s not uncommon to hear of artists pushing their publishers for money owed to them because of issues with metadata. Music data has become vital to artists and labels to track how their music performs on streaming platforms, but many issues lead to problems and mistakes.

A long time ago with the advent of digital music sales, metadata was handled very poorly. The basic artist name and the song title were applied to a music file, but the following data such as contributing artists were easily forgotten. This descriptive metadata is essential for proper distribution and attribution as incorrect information can lead to confusion.

Recently, there have been issues with ownership rights metadata returning to the label or publisher with issues that’s either a hassle to sort out or a problem easily overlooked. When nowadays a single song can have dozens if not a hundred contributing artists and hundreds of millions of plays, this ownership metadata organization is vital to record correctly to sort out royalties and licensing agreements.

The issues with both descriptive metadata and ownership rights metadata have led many record labels, music publishers, and associated organizations to enforce better data standards. The biggest struggle to overcome for music data is the cleanup of the metadata data chain. Metadata providers like Spotify’s The Echo Nest create ownership rights metadata to send to digital service providers who can have different standards and try to alter the metadata to meet that standard. This music data can be changed several times as it's exchanged to different organizations and providers until it’s delivered to the music publisher or record label. This final data can be missing vital data, or completely missing data as it was rejected by inflexible software, leading to issues with the publisher or record label.

This has led many music professionals and organizations to enforce a cleaner standard of metadata storage and distribution. DDEX is one of the biggest organizations focused on improving the standards of the music data chain, working together with groups such as Google, Spotify, Pandora, Apple, and Amazon Music.

One of the fastest moving metadata sections in the music industry is the recommendation metadata and discovery metadata sections. These allow music platforms such as Spotify, Apple Music, and Pandora to better recommend music to their listeners. Smaller, newer artists then have a better shot at being discovered and streamed, both boosting listener’s attention and providing much-needed discovery for record labels and publishers.

However, data standards play a strong role in how recommendations and discovery work. If the original descriptive metadata is input incorrectly, that music can have issues finding new ears. For example, if a song’s contributing artists' metadata isn’t filled out properly, that song might not be distributed to listeners of the featured artists. There can also be issues with genre metadata which can lead to streaming platforms misplacing or not recommending a selected song as the metadata doesn’t fit the recommended mood or pace needed for playlists.

Record labels and music publishers should focus on following the best data standards and practices for creating and managing music data. To do so, you need the right tools, and the right practices, such as the ones described by the Music Business Association’s music metadata style guide.

Regarding tools, Reprtoir is actually the software we, as music professionals, used internally. We decided to build a larger version, with several features to serve the music industry players. Its primary use would be our Catalog Management solution, a CMS specifically designed for audio files and music data, able to scrape data from Spotify to enrich your own catalog with the latest and verified metadata.

Willing to know more? We can show you around the full workspace!